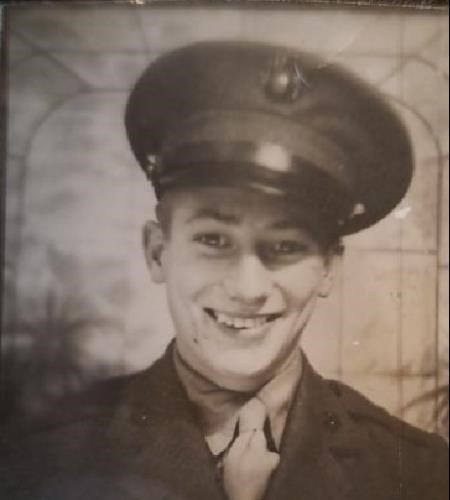 Largo, FL - David Edward Mangsen, resident of Largo, FL went home to the Lord on September 15, 2021 at his home, and at the age of 95 years. David was born and raised in Worcester MA by his loving grandparents Herman Edward Mangsen and Alma W (Laxell) Mangsen. He proudly enlisted in the Armed Forces during WW II and served 3 years in the Marines and 19 years in the Army. David received multiple letters of commendation, achievements, and promotions and was awarded the Army Commendation Medal before retiring as Master Sargent. In his spare time, he loved to swim, bowl, golf and shoot pool with friends and with his sons. In later years, he enjoyed reading and watching movies. David was a kind-hearted soul and a loving husband, father, grandfather, and great grandfather. He is well loved by his surviving children: Cathleen M. Walker; Sheila R Gauvin and her husband Guy Gauvin; Michael A Mangsen and his wife Gladys Mangsen; Diana L Mangsen and her husband Stanley Schneider; Stephanie L Forbess and her husband David Forbess; and Divine Mangsen widow of Christopher D Mangsen. He will be fondly remembered by his 14 grandchildren and 6 great grandchildren, as well as Mary (Williams) Mangsen his sister-in-law, and multiple nieces, nephews, and extended family members. David is predeceased by his loving wife of 60 years, Evelyn T Mangsen; and 3 wonderful sons; Jonathan J Mangsen, Christopher D Mangsen, and Scott M Mangsen, and his brother Everett Mangsen Sr. A private family burial will be held at a later date. He will be buried with his wife Evelyn and youngest son Scott at Fort Devens Post Cemetery. In lieu of flowers, memorial donations may be made to David's favorite charities: Disabled Veterans National Foundation, Wounded Warriors Project, and Boys Town.

Published by Worcester Telegram & Gazette from Sep. 20 to Sep. 22, 2021.
To plant trees in memory, please visit the Sympathy Store.
MEMORIAL EVENTS
To offer your sympathy during this difficult time, you can now have memorial trees planted in a National Forest in memory of your loved one.
MAKE A DONATION
Please consider a donation as requested by the family.
MEMORIES & CONDOLENCES
1 Entry
David a great man & Master Sergeant. Condolences.
Paul Baker
September 21, 2021
Showing 1 - 1 of 1 results