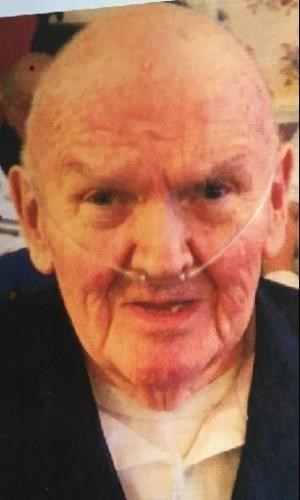 West Brookfield - Rev. J. Richard Kilfoyle, 84, passed away on Thursday, September 7, 2017 at Quaboag Rehabilitation and Skilled Nursing Center with his niece and caregiver Carol Pagnoni by his side. He leaves a sister Mary Ellen Lafave of NM, and a step-sister Norma Wesolwski of CA, and several nieces and nephews. He was predeceased by a sister Carolyn Oliveira and a step-sister Barbara Julian.

Richard was born in Cambridge, son of the late John J. and Doric C. (Starus) Kilfoyle. Following high school graduation, he proudly served his country in the United States Army during the Korean Conflict. He graduated from Emerson College in Boston in 1959 and Berkley Divinity School at Yale in 1962. He was ordained a Deacon in Boston in 1962 and ordained a priest in 1963 at Grace Church in New Bedford. He served several parishes in New Bedford, Lowell, Jamaica Plain, and Boston and was then transferred to the Western Diocese in 1985, where he served at St. Mark's in Worcester and then St. John's in Sutton. He enjoyed spending time with family and friends, classical music, building and decorating miniature doll houses, performing in the Chime Choir, and spending time with his "fur baby" Dickens the cat.

A memorial service will be held on Friday, September 15, 2017 at 2:00 p.m. in the Chapel at Quaboag Rehabilitation and Skilled Nursing Center, 47 East Main St. West Brookfield. Burial will be private and at a later date. There are no calling hours. In lieu of flowers, donations in Fr. Richard's memory may be made to the Hospice of Western and Central Massachusetts. To leave an online condolence message, visit