Chris was passionate about his work as a shipwright, which took him all over the country restoring historic wooden boats using traditional methods.

He was a proponent of livable cities and was dedicated to building a vibrant New London. In addition to participating in several community groups, Chris served on the planning and zoning commission where he advocated for mixed-use, high-density neighborhoods. Chris helped launch and sustain an active third party, the New London Greens, which opposed the use of eminent domain and provided important perspectives on local issues.

Born and raised in New York City, Chris graduated from Yale University and trained as a boat builder at The Landing School in Maine. He moved to New London in 1999.

He loved sailing and basketball. He will be remembered for his brilliant mind, dry wit, progressive politics and his laughter.

Chris leaves behind many friends and colleagues who will miss him dearly. He is survived by his parents, Joan and Michael of New York City; sisters, Emily of New York City and Jennifer of Baltimore, Md.; brother-in-law, Carrick Mollenkamp; nephew, Quentin; and former wife and good friend, Laura Cordes of West Hartford.

The family will be creating a fund in Chris' memory to honor his life and work. For more information, please contact [email protected]
Published by The Day on Dec. 27, 2013.
To plant trees in memory, please visit the Sympathy Store.
MEMORIAL EVENTS
To offer your sympathy during this difficult time, you can now have memorial trees planted in a National Forest in memory of your loved one.
MAKE A DONATION
MEMORIES & CONDOLENCES
23 Entries 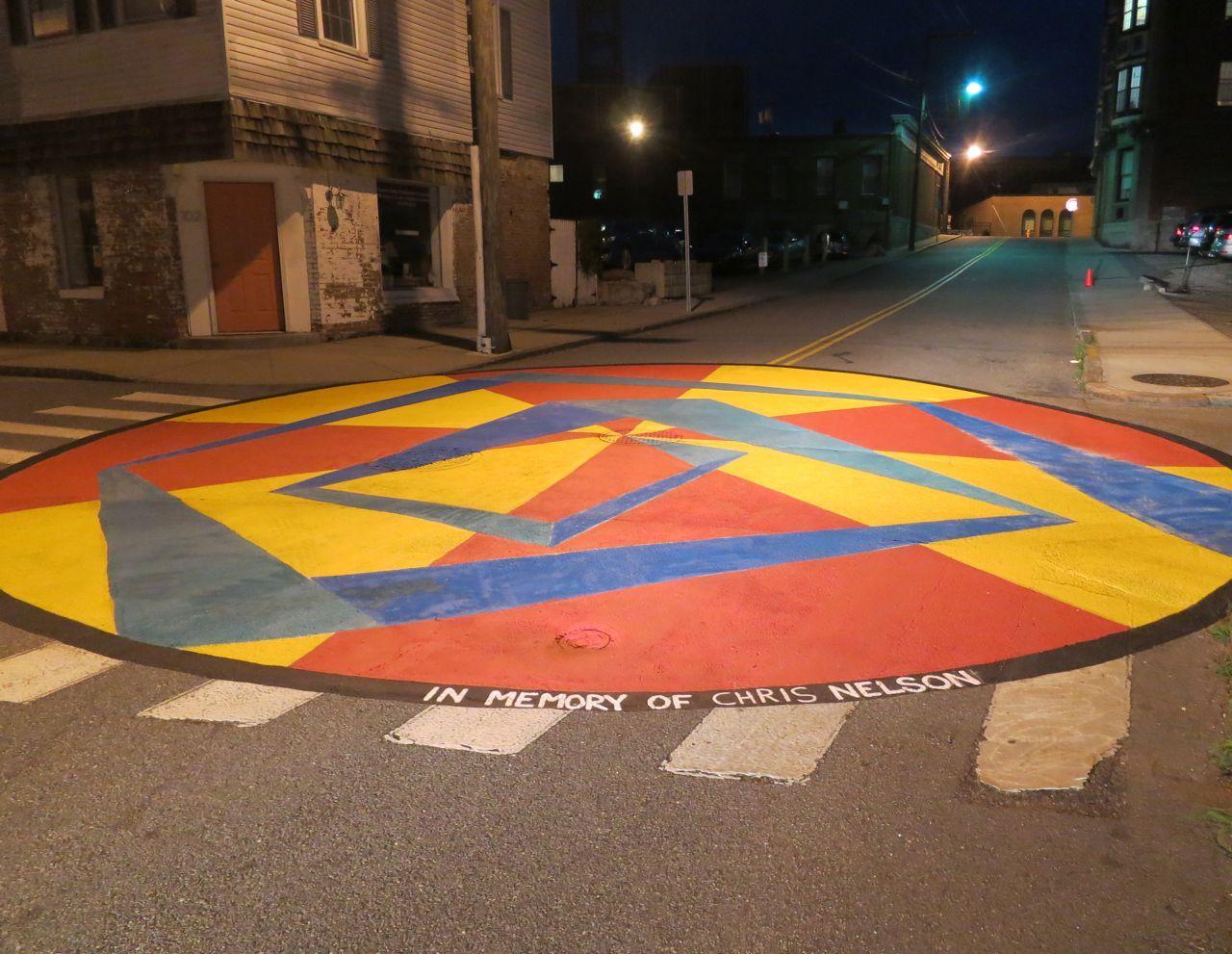 The Chris Nelson Green & Golden Memorial Street Mural Project, completed on June 8, 2014.
June 9, 2014
Cris was.a very nice person he stayed in our home seve ral times working on a boat we are restoring. We had spoken to him in the middle of Dec. As he was coming down to cork our boat and was bring a friend. We couldn't figure out what happened to him as we couldn't. reach him. Mystic. Seaport told us he passes away. We felt so bad to hear this alful news such a really nice person. We where very found of him and he is greatly missed. We would like to know what happen as no one seem to know. We would like to know . We wish to send regrets to his family,you had a wonderful son and brother. [email protected]
April 25, 2014 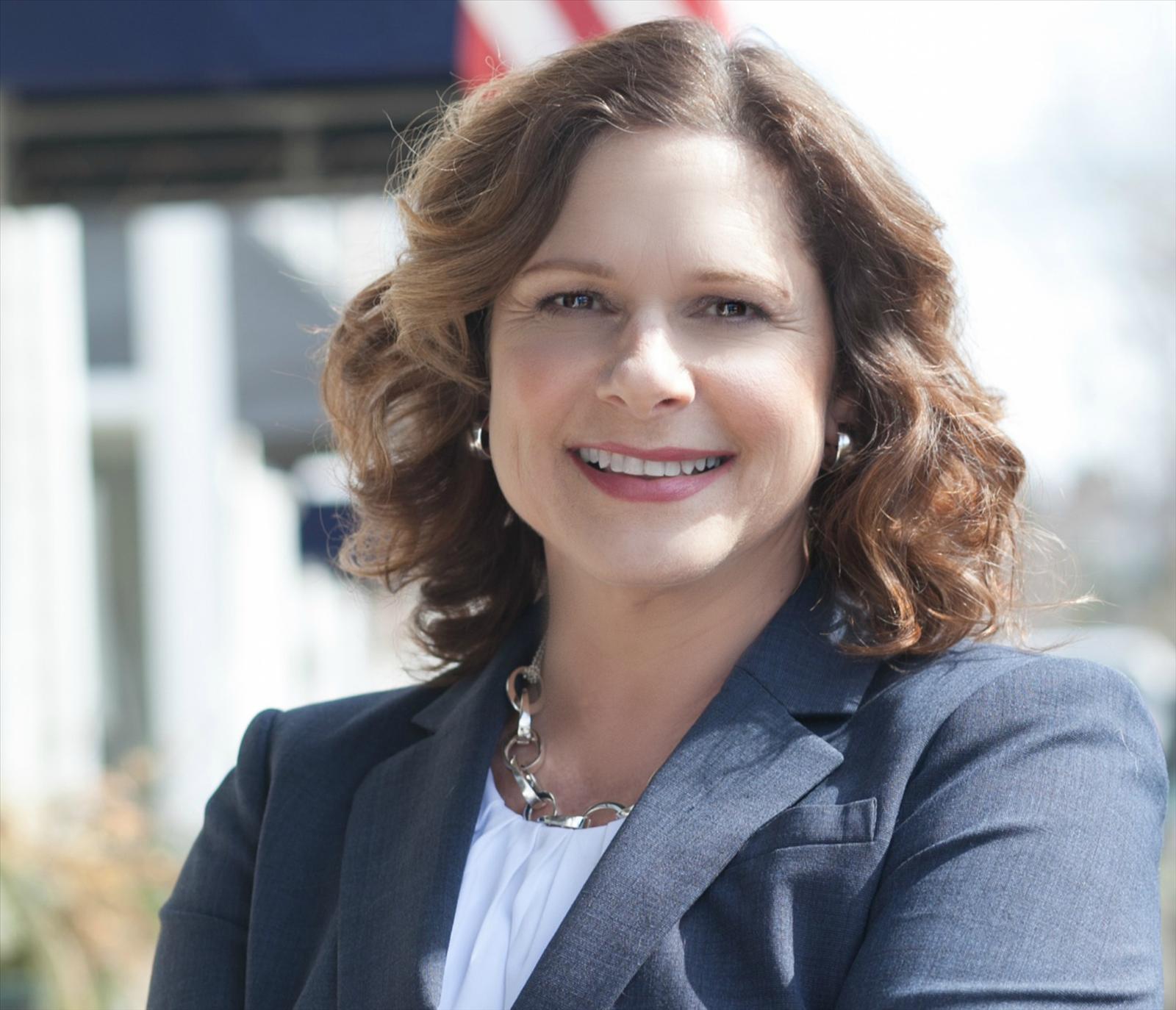 I met Chris while running for Mayor of New London. His passion for neighborhood revitilization and vision for New London was very impressive. I did not know he passed away until today because of his birthday notification. My condolences.
Lori Hopkins Cavanagh
April 7, 2014
I only knew Chris a short time as my father-in-law hired him to work on his boat,doing some planking. I immediately knew he had a deep passion for wooded boats. As I watched him work I learned so much without even asking a question. He was an incredible individual,and I feel lucky to have met him. My sincerest condolences to his family.
Emil Stoessel
March 25, 2014 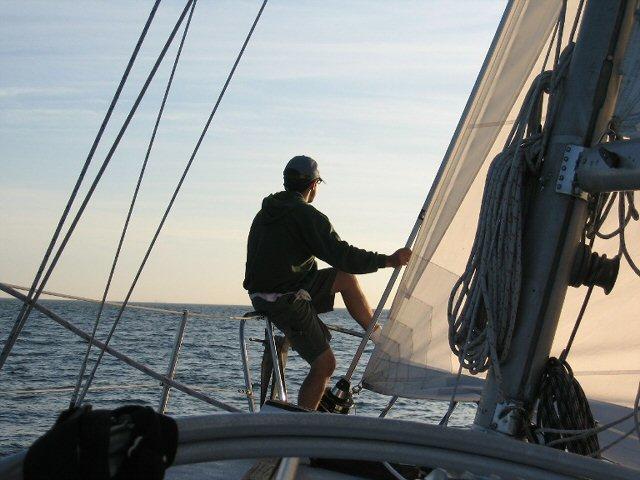 March 12, 2014
That smile will reside in our hearts forever
February 17, 2014
I knew Chris from our high school era and at Yale. As everyone has said, he was brilliant, sometimes hilarious; he was kind to me during a hard period and will be dearly missed.
Julie Layton
January 15, 2014
I knew Chris when he worked at MASSPIRG. His convictions strengthened mine then as they do now. Thank you for your time with us Chris and rest in peace.
Chris Lindstrom
January 7, 2014
Chris was a pretty special person. I sat through many Peace and Justice meetings where he sat quietly for long periods of time. When he did speak he coalesced the ideas that had been brought up and then brought his unique perspective and insight into the discussion. It was always worth waiting for and helped us move forward on actions.
Loved Chris, I'll miss him. My deepest condolences to his family and friends. sile herbert
January 5, 2014
Gentle, offbeat, quirky, cerebral ... Chris was all of those things and more. He always brought a smile to my face and I'm glad to know that so many others felt the same way.
Adam Raider
January 2, 2014
I have so many stories to remember of Chris. He was my friend during a dark period in my life and he always kept things light with his philosophical,brilliant dry wit. We met at Barnes and Noble in the mid 90's. Chris was probably the most intelligent and accepting guy I knew. I remember the first boat that he built in a storage building in Hartford. It was amazing. Canoeing to his bachelor party on Seldon Island was fond memory. Seeing him in full regalia at the Seaport with my kids- my son thought he was Bob the Builder and was infatuated with him, and of course he played along. I will always remember the fun times, and most of all his infectious laughter. Rest in peace, my friend. You are missed.
Matt Aliberti
December 31, 2013
I am so sorry. I knew Chris from our PIRG days. He was very fun and so committed. Rest in peace Chris.
Heidi Hill Drum
December 30, 2013
The planet Earth just got a little dimmer and duller. Rest in Peace, my friend.
Matthew Rabin
December 30, 2013 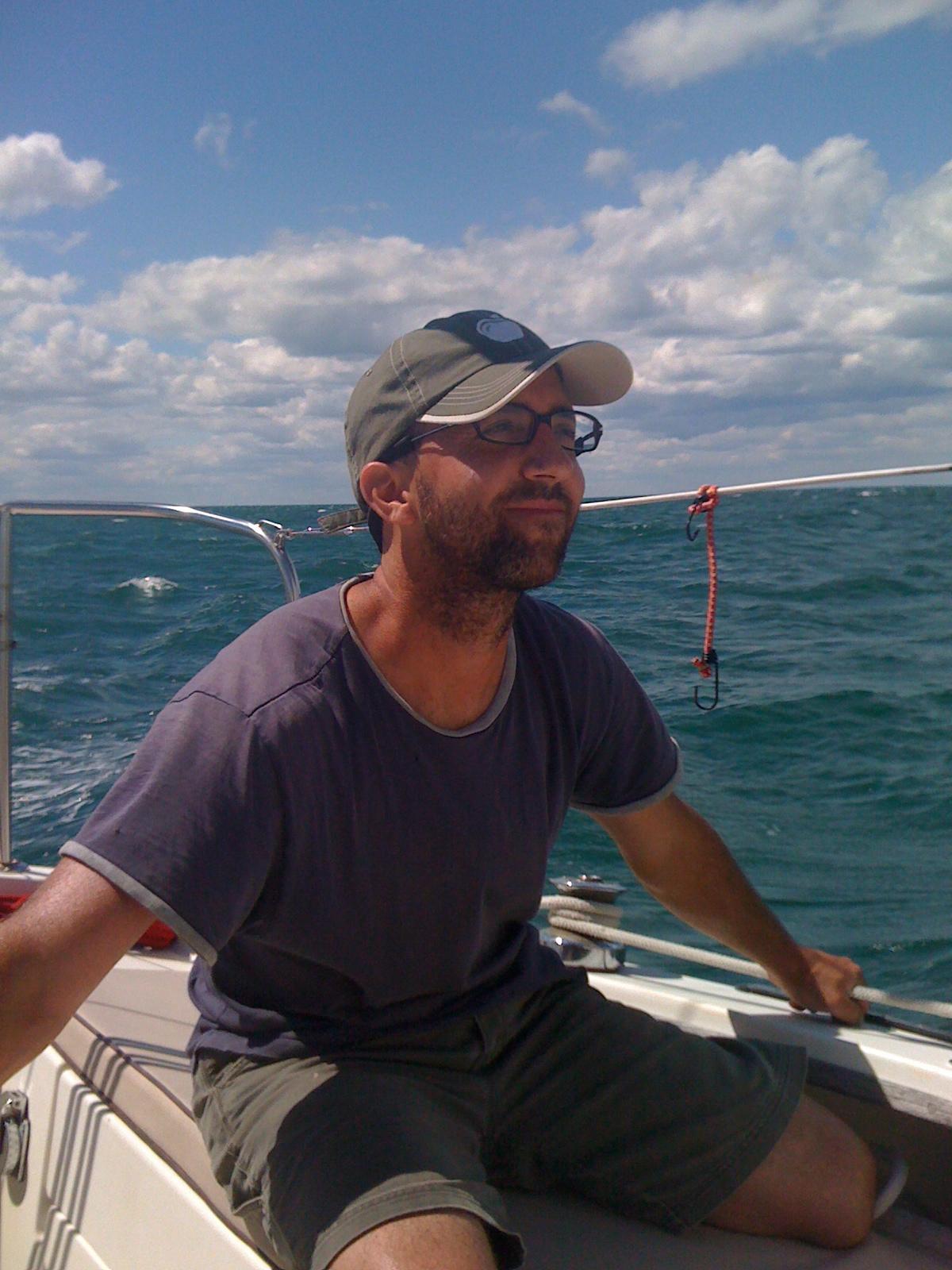 December 30, 2013
The last time I saw Chris was at a community gathering where we were discussing a film. In typical Chris fashion, his comment was insightful and original, what no one but he would've thought of. It rattled around in my head for days. My deepest condolences to Chris's family and friends, the world has lost a bright and gentle soul.
Laurie Gorham
December 29, 2013
Chris was my brother-in-law. I am grateful for the time my oldest son Gray and I got to spend with him sailing or tossing the football on Nantucket. I hope my one-year-old son Quentin, Chris' nephew, learns to sail as well as Chris.
Carrick Mollenkamp
December 28, 2013
Chris served as a volunteer captain and a master shipwright in Sea-Legs' Apprentice Program. He was my friend and advisor on many matters, nautical and otherwise.
He loved the sea and he loved New London. He was a fine man with a lot to offer.
His death is a grievous loss to me and to our community.
Richard Lathrop
December 28, 2013
I am truly shocked and saddened to read of Chris' passing. I have many warm memories of working with Chris at Mystic Seaport. My thoughts are with his family and loved ones, the world has lost a great person.
Jocelyn Stewart
December 28, 2013
Chris was a brilliant guy and a great advocate for a stronger, greener New London.
Kate Moran Meeks
December 28, 2013
I admired Chris for his brilliance, his curiosity and his ethics; I loved him for his kindness and open laugh. I'm a better person and citizen for having known him. My deepest condolences to his family and many friends.
Laura Natusch
December 27, 2013
RIP Chris… from your Green Street neighbor.
Evan Andriopoulos
December 27, 2013
My thoughts and prayers are with you in your time of grief. May your memories bring you comfort.
Mark Christiansen
December 27, 2013
I am so sorry for Chris' s family and friends. He was a quiet and thoughtful person who genuinely enjoyed the time he spent those around him. I knew him from sailing, politics, and The Dutch and he treated everyone he encountered with dignity and a reserved smile. He gave back to the City he loved selflessly.
With deepest sympathy to those he loved and who loved him,
Beth Sabilia
December 27, 2013
Showing 1 - 23 of 23 results