She was born in New York City, the daughter of the late Edward Hobbs Luckett and Mary Gardner Sayles Luckett. Polly grew up in Irvington, N.Y., and attended The Masters School in Dobbs Ferry. She earned a Bachelor of Arts at Mount Holyoke College, where she graduated Phi Beta Kappa in 1954.

During the 1960s and 1970s, Polly's family became stricken with a variety of unexplained symptoms ranging from rashes and joint pain to fever. Doctors she visited were unable to effectively diagnose these ailments. It soon became clear to Polly that others in the community were having similar symptoms. In 1975, Polly called the Connecticut State Department of Health to report an unusual pattern of symptoms affecting her family and her community and listed over 40 cases of what would come to be known as Lyme Disease. The call to the State prompted a meeting between Polly and Dr. Allen C. Steere of the Department of Rheumatology at Yale University School of Medicine, who began studying the pattern of disease and wrote the first medical papers of what was initially described as Lyme Arthritis.

Following the discovery of Lyme Disease, Polly worked tirelessly throughout the 1980s and 1990s as a volunteer to raise public awareness about the disease. She was a foundational thinker and member of many Lyme Disease support groups and foundations, in California, Connecticut, and New York, among other states. In 1996, Polly published a book with St. Martin's Press, "The Widening Circle: A Lyme Disease Pioneer Tells Her Story" and continued professional connections with many of the leading researchers on Lyme Disease.

Also, in 1996, Polly was awarded an Alumnae Honorary Degree by Mount Holyoke for her work on Lyme Disease. She also received an award from the NIH and lectured medical students at Case Western Reserve University and Columbia University.

Polly was an avid artist, painting throughout her adult life, and also for a period of time focused her artistic talents on making dolls with faces which were hand painted, and which were a unique fusion of antique bisque doll forms and her own talent for drawing and painting children. Her dolls were displayed at the Museum of American Folk Art in New York, and she exhibited paintings at the Lyme Academy, the Old Lyme Art Academy, the Cooley Gallery, the Essex Art Association Gallery, the Clinton Art Society, the Mystic Art Association Gallery, New Haven Paint and Clay Club, Shippee Gallery in New York, and many other venues.

Polly was known for her love of her family and friends, and for her fierce determination to overcome any obstacles in her path and to help others do the same. She received phone calls from people all over the country and the world, and it was her greatest satisfaction to provide the support they needed and connect them to Lyme Disease clinicians and best practices. In addition to her bouts with Lyme Disease, Polly lived for more than fifteen years after she was diagnosed with Alzheimer's. She refused to give in to any of these afflictions and enjoyed a remarkably high quality of life until shortly before she passed.

Please email [email protected] for information regarding a memorial service in August.
Published by The Day on Jul. 21, 2019.
To plant trees in memory, please visit the Sympathy Store.
MEMORIAL EVENTS
To offer your sympathy during this difficult time, you can now have memorial trees planted in a National Forest in memory of your loved one.
Funeral services provided by:
Shook's Cedar Grove Funeral Home, Inc.
MAKE A DONATION
MEMORIES & CONDOLENCES
Sponsored by Shook's Cedar Grove Funeral Home, Inc..
19 Entries
Hi,

I never had the pleasure of knowing you Polly, but I happened upon your book today. It already brought me some needed reminding of the medical community's behavior toward me and a sense of someone who "got" it. I know I didn't know you, yet I feel I did. RIP Polly. <3 and condolences to all family and friends.
Cheryl Savage
September 8, 2019
I loved Polly very much, as well as your Dad, and your whole family! Great memories playing at your house in Lyme, CT, including riding on the zip line. Polly's paintings are some of my all time favorite artwork. Our parents shared a dry sense of humor and I loved their laughter. I am grateful that my sister Katherine Cahouet Connolly was able to attend the service and see you all. Please know that I would love to see any and all of you if you ever make it this way to Santa Fe, NM. Very fondly and with deepest condolences, Cynthia Cahouet Fulreader
Cynthia Cahouet Fulreader
August 18, 2019
Polly was such a remarkable woman, mother, artist, good friend to our mother and so many other things. Polly proved with her life that it is indeed true that one person doing what is right can change the world. Her courage and perseverance added Lyme disease to the medical lexicon. Peace Polly
Libby Houghton Ross
August 15, 2019
I wish I could have met Polly! What an amazing story and legacy. Blessings to all in her family.
August 11, 2019
So sorry for the loss of this wonderful woman with a tremendous spirit of love and compassion and wisdom. Rest in Peace.
Karen Piazza
August 10, 2019
I hope Polly and my mother are walking on a long sandy beach together.. they have a lot of catching up to do!
Dani McGrath
Family Friend
July 28, 2019 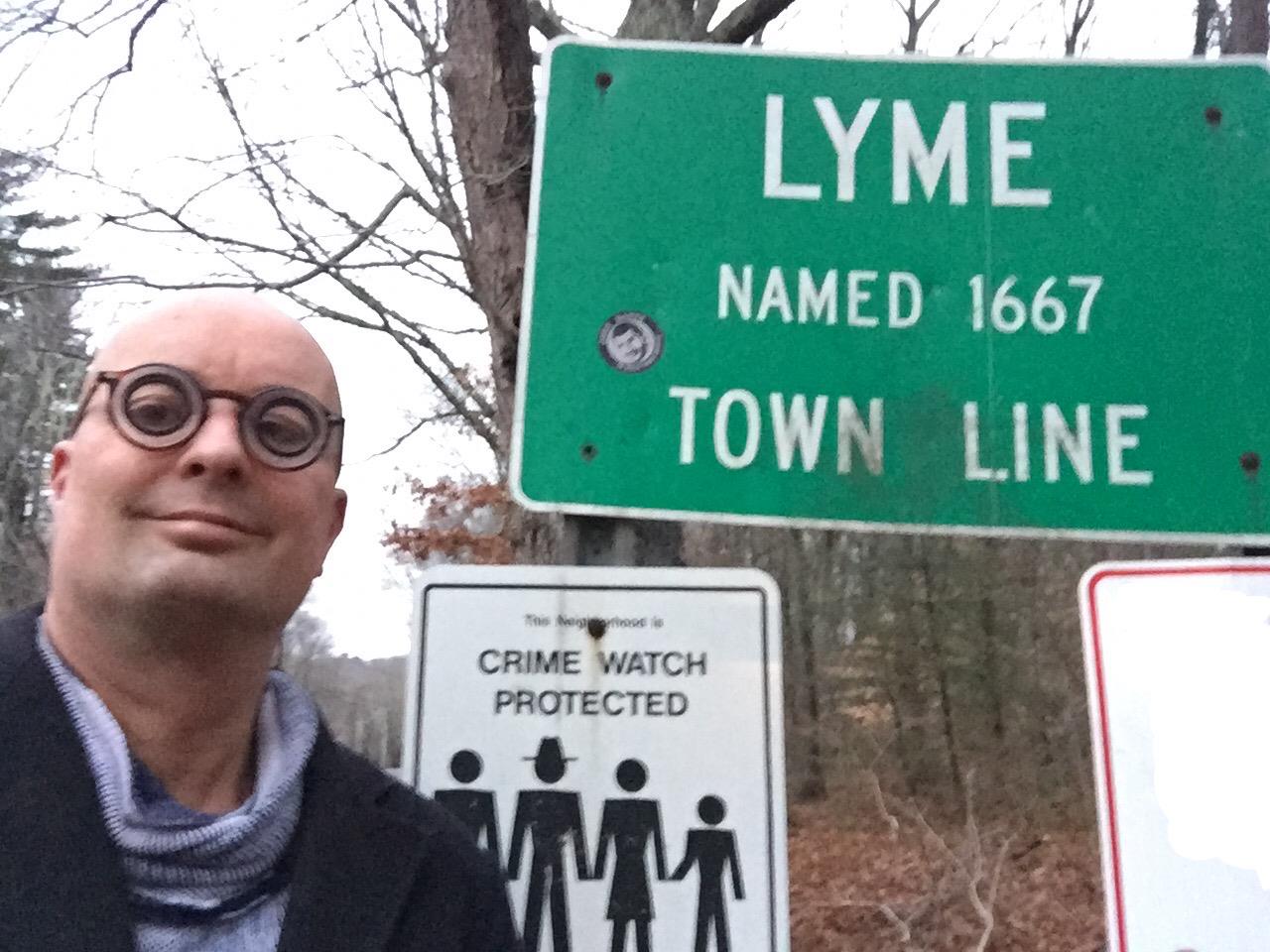 Thank you so much Polly for your pioneering efforts as first Lyme activist. It was impressive to visit your town two years ago while reading your book.

On behalf of the community of Lyme patients in the Netherlands. Condoleances to your family and friends. Rest in peace Polly.
Fred Verdult
July 26, 2019
As a Lyme patient and mother of Lyme patients, Polly's example meant everything to me during the long, very dark crucible of suffering which my family endured from 1988 onward for over twenty years. She was a very quietly classy heroine and we owe her so very much.
I celebrate her life.
Condolences to her family and friends.
Carla Southwick
July 25, 2019
Polly Murray: My very best friend all throughout our high school years. We had truly wonderful times, and called each other "Sis". Her actual sister's name was the same as mine..Nina..though pronounced differently. Her brother and I went out on dates and for awhile I wore his school ring around my neck. When college came, she went on to on to Mount Holyoke, and I went to Vassar..but we were bridesmaids in each others weddings and maintained our friendship throughout the years. The Lyme years were so difficult and terrible, but Polly was, as many have written here, fierce, unrelenting, indomitable. She never gave up her quest to give Lyme a name..and a cure. And everyone knows the result. What others may not know is that she was also a fine artist and talented doll maker.. She was beautiful, smart, funny, a loyal friend, a devoted Mother , beloved by her family. She was a most special person, and her light will shine forever. My love and condolences to all. Nina (Miller) Griggs
Nina Griggs
July 24, 2019
A true hero and pioneer. RIP Polly and thank you.
Pamela Weintraub
July 24, 2019
Nina Griggs
July 24, 2019
An awesome person, brave and fierce. Thank you Polly for your contribution towards the education and understanding of lyme. Rest in peace. Condolences to the entire family. Blessings to all. Liz
Liz Celmer
July 23, 2019
She should be honored as a national hero.
My love and sympathy to all who loved her, as did I.
Ann Hirschberg
July 23, 2019
Prayers for Polly's family. She was a brave woman and did the right thing. She was the start of our fight for proper diagnosis and care for Tick Borne Disease. She rests in peace now.
Karen
July 23, 2019
Polly will live forever in history.
Science will remember her as a great pioneer.
July 23, 2019
Never met but so much admiration and gratefulness for this lady and her contributions to the Lyme community.
My condolences to the family.
Laura Miller
July 23, 2019
Forever grateful for her contribution to the Lyme disease community.
Lisa Murray
July 22, 2019
Thank you
Pauline Bowie
July 22, 2019
I never met Polly Murray in person, but her character and fierceness, as a mother and Lyme advocate is greatly admired. She never gave up. May she rest in peace knowing she was responsible for helping so many Lyme patients find answers and hope.
Bonnie Friedman
July 22, 2019
Showing 1 - 19 of 19 results