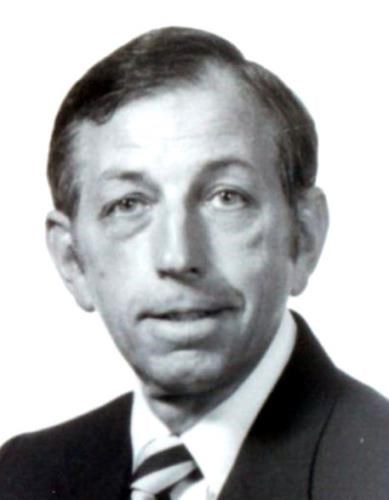 He grew up and lived most of his youth in Gardiner. Ron attended Gardiner High School and graduated while in the U.S. Navy in 1954.

Ron joined the Navy in 1951 during the Korean War. After completing aviation preparatory schools he served, as an Aviation Boatswains Mate, aboard aircraft carriers, USS Salerno Bay (CVE-110) and USS Lake Champlain (CVA-39). He was awarded an Honorable Discharge from the U.S. Navy 1955.

Returning to Maine, he worked in the family's service station business in Farmingdale and Augusta before going to work for Al Biondi, PGA Pro, as his assistant at the Augusta Country Club in Augusta, Maine.

In 1963 Ron married Judy Jackson, daughter of Pat and Dorothy Jackson (Hallowell, Maine). After the wedding they resided in Skowhegan, Maine.

In retirements Ron continued to pursue his several hobbies and interests. Photography, model railroading, American history, classical music, Italian opera, all team sports (especially baseball), and above all, golf. Whether he was being slowed by arthritis or rehabbing from some surgery, looking to once again walk the golf course was his motivation to get well.

A Mass of Christian Burial will be celebrated at 11 a.m. Tuesday, Nov. 10, 2020, at St. Clare Church, 4 St. Clare Way. Westerly, R.I. A private burial will follow in River Bend Cemetery. Seating capacity limits, social distancing guidelines and other public health directives (i.e., use of facemasks and maximum people in the building at any given time) will be in place.

Arrangements have been entrusted to the Buckler-Johnston Funeral Home, 121 Main St. Westerly, RI 02891

For online condolences, please visit www.buckler-johnston.com
Published by The Day on Nov. 6, 2020.
To plant trees in memory, please visit the Sympathy Store.
MEMORIAL EVENTS
Nov
10
Mass of Christian Burial
11:00a.m.
St. Clare Church
4 St. Clare Way, Westerly, RI
Funeral services provided by:
Buckler-Johnston Funeral Home
MAKE A DONATION
MEMORIES & CONDOLENCES
Sponsored by Buckler-Johnston Funeral Home.
6 Entries
Dear Judy,
It was with such sadness that I read of the passing of Ron. I remember him so fondly and with such respect as my high school history teacher and class advisor. I recall at graduation we sang "To Sir With Love" to him - a song so fitting for the teacher and man he was. He so inspired his students, and the two of you were definitely my inspiration to become a teacher as well. I was so glad to run into you a few years ago so I could tell you how much you both have meant to me and my siblings. We were honored to have had you in our lives. You have my deepest sympathy and you both will always be in my heart.
Karen (Foster) Grappone
Student
December 7, 2020
Ron and Judy, I remember both from N.S. I drove school bus for 20 yrs. Never forget the good people that we meet along the way. Keep his memories close to your heart until you meet in Heaven.

Always a friend
Carol Burdick
formerly from N.S.
Carol Burdick Aurora, Co.
Friend
November 27, 2020
Dear Mrs Brann,
I will always have such wonderful memories of your adoring husband. Loved having him (and you) as teachers. It was always a pleasure run into you both as an adult. May God bless you and be with you during this difficult time.
With Deepest Sympathy,
Peggy Sue (Collins)
Peggy Sue Long
Student
November 7, 2020
Judy, I’m so very sorry for your loss of Ron, your beloved husband. He was truly a gentleman, and I feel honored to have been his colleague.
Karen Gallo
Friend
November 7, 2020
Our heartfelt condolences to you, Judy. Ron was such a fine gentleman and an outstanding educator, a credit to his profession. It was always such a pleasure to talk with him and see you together. Your devotion to one another was so apparent. Sending our love and prayers to you at this saddest of times.
Betsy and Don Mercer
Betsy Mercer
Friend
November 6, 2020
Dearest Judy, and the Brann Family, Ron was an inspiring friend and educator who will never be matched...may your happy memories of him sustain you as you go forward and keep him always alive in your hearts.
Nancy and Fred Souza
Friend
November 6, 2020
Showing 1 - 6 of 6 results