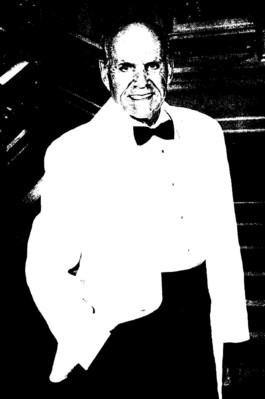 Rhodes Reason, the versatile star of film, stage and television, peacefully passed away after a long and courageous fight against Parkinson's disease and lymphoma during the early hours of Dec. 26, 2014. He died at home in the arms of Jerrlyn Hamilton, his beloved and devoted wife. Rhodes, the second son of Rex Reason and Jean Robinson, was born in Glendale, California. He and his elder brother, Rex, shared an idyllic upbringing, riding horses, engaging in athletic pursuits and enjoying the love and attention of an eclectic and extended family. His grandmother was a concert pianist and his grandfather was an opera singer who became the first mayor of Glendale and was known as the "singing mayor." Rhodes' aunt Julia was also an accomplished opera singer who performed throughout Europe. The idea of performing was instilled in Rhodes at an early age. Rhodes made his professional debut on stage at 18, playing Romeo in Charles Laughton's acclaimed stage production of "Romeo and Juliet." While attending the University of Southern California on an athletic scholarship, he continued to pursue acting in concert with javelin and shot put. His education was interrupted by a call to military service during the Korean conflict. His myriad talents were soon recognized by the Army and he was stationed as a military radio station manager in Whittier, Alaska. He often entertained the returning troops and officers. Upon his return to California, his acting career flourished. In 1957, he starred opposite Boris Karloff in "Voodoo Island," filmed in Kauai. He was also selected to play the title character, John A. Hunter, in a TV series called "The White Hunter." It was filmed entirely on location in England and Africa. After two years in England, he returned to California to star in the TV series "Bus Stop" as Sheriff Will Mayberry. In 1965, he appeared at the "Top of the Town" at the Sorrento Hotel in Seattle singing to an SRO crowd nightly. His mellifluous voice lead to many stage musicals including "Pajama Game," "Funny Thing Happened on the Way to the Forum," "Promises, Promises," "The Sound of Music" and "Oliver." His most satisfying role, however, was starring as Daddy Warbucks in the Broadway production of "Annie." A critic from Variety magazine reported that "Rhodes Reason is the best Daddy Warbucks I've seen!" He played that role for six months on Broadway and toured the country for 2½ years. Rhodes appeared in more than 230 TV episodes in favorites such as "The Lucy Show," "77 Sunset Strip," "Perry Mason," 'Maverick," Time Tunnel" and "Star Trek." Rhodes was an excellent golfer and a member of the "Hollywood Hackers," a group of actors who played in celebrity pro/am tournaments for charities. He was one of the original members of the Thalians. He was a proud member of AMPAS for over 50 years. He served on the board of SAG/Aftra in the '80s. The most important role in Rhodes' life was that of devoted father to his children Rosalyn, Carlene and Brian. His love for them never wavered. He was always available, taking them to hockey practice at 5:00 a.m., dance lessons, swimming lessons and outings to the beach. In 1994, he moved to Portland to be near his grandsons while they were growing up. He taught them golf and spent many wonderful times with them. In 1996, he met his future wife, Jerrlyn, while working on a charity event benefiting special needs children called "Oscar Night America." He hosted that event for five years raising more than $250,000. Rhodes was blessed with his granddaughter, Grace, in 2003 and his great-granddaughter, Everly Rhodes, in 2013. He is survived by his loving wife, Jerrlyn; his son, Brian; daughters Rosalyn and Carlene and her husband, Randy. He leaves behind his much-loved grandsons, Terron, Brendon and his fiance, Erica, and Lanson and his wife Wendy. He is also survived by his brother, Rex, cousin Spencer, niece Andrea and nephew Brent and their families. He will be missed by all of us more than words can say. "Good night, sweet prince; and flights of angels sing thee to thy rest," from "Hamlet" by William Shakespeare.

To view or sign this guestbook, please visit: desertsun.com/obituaries 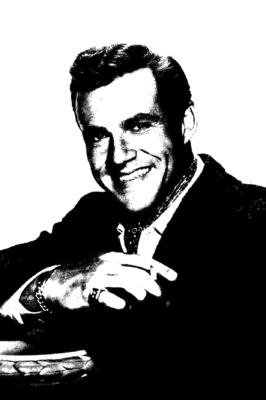 Published by The Desert Sun on Feb. 8, 2015.
To plant trees in memory, please visit the Sympathy Store.
MEMORIAL EVENTS
To offer your sympathy during this difficult time, you can now have memorial trees planted in a National Forest in memory of your loved one.
MAKE A DONATION
MEMORIES & CONDOLENCES
8 Entries 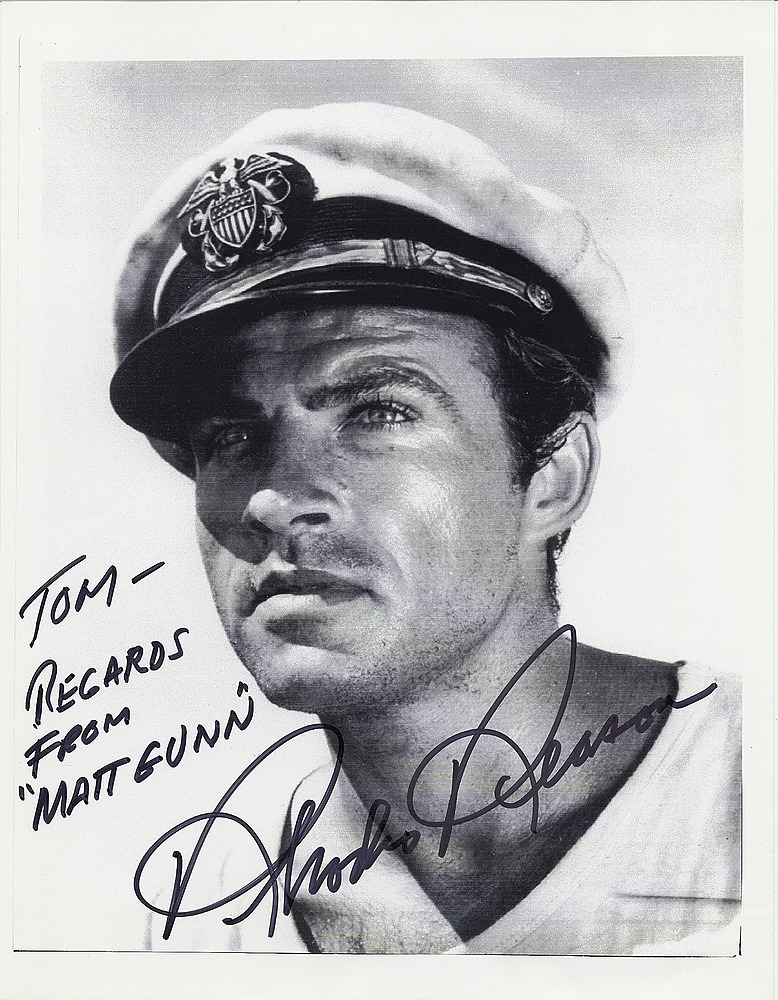 I was lucky enough to have exchanged emails with he and his wife in the 2000's. Send him the DVD release of Voodoo Island and he in turn graced me with the picture below. Thanks for the memories.
Tom Winegar
Other
July 27, 2021
Rip. U gave me many hours of great acting. You will be missed

Condolences to your family
julia
October 28, 2015 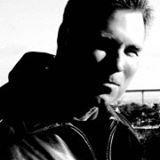 Hi Jerrlyn,
I just found out about Rhode's passing and left you a message at the house. I'm over here in San Diego and please feel free to contact me if you need help with anything. Rhodes was a very humble and gracious person with fans and since meeting him in 2001, I've tried emulating him in that regard whenever I deal with people in general. He made a lifelong impact on me and every time I now make my red and green salsa that I used to drop off at your Portland home, it will remind me of Rhodes. I hope you're doing okay.
Joe Hunt
February 27, 2015
Love to Rhodes for so many good times. Never will forget his spirit & love for life...and the salty dogs...God speed our dear friend. We will celebrate you always! Love, Ruth & Dave Langlois
Ruth Langlois
February 26, 2015
Hello Jeri,
Greetings from Portland. It has now been nearly three years since Bruce passed. I am getting used to his being gone, but miss him every day. I suppose that will be true for you also. I am thankful for the pleasant memories of being with you and Rhondes.
Sincere best wishes,
Alan Blodgett
February 17, 2015
My mother and father grew up in Glendale and went to high school with Rhodes. My father passed in 2007 but I know my Mom, JoAnn (Perry) Blakeley, was distressed by the news of Rhode's passing. We wish you all the things you need to help the family deal with the loss. God Speed. Randy, JoAnn and Patricia Blakeley.
Patricia Curry
February 10, 2015
I love you, Rhodesie. Say hello to Bubs for me. I can hear you two laughing already...

Andrea
February 9, 2015
Hello Jerrlyn,
My late husband Creighton and I knew you and Rhodes because our friendship with Paul and Nancy Heer. I was so sorry to see in the paper that you lost Rhodes. I know you are greatful that you had the many years together. May all those wonderful memories fill your heart, and comfort you in your time of sorrow. Blessings, Debby Lacey-Baker
February 8, 2015
Showing 1 - 8 of 8 results