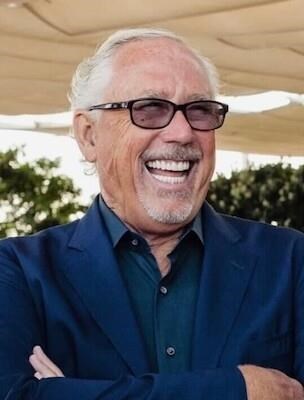 Richard "Dick" James Heckmann, former CEO of United States Filter, passed away from complications of multiple system atrophy at the age 76 on October 31, 2020 in his home in Rancho Mirage, California.

Dick is survived by his wife, Wendy Heckmann, and their daughters Mia and Madison. He also leaves behind his ex-wifeMary and their children Tom, Scott, Brock, Todd and Jessica and his nine grandchildren. He is also survived by his son Greg from a prior marriage.

Dick was born in St. Louis, Missouri on December 8, 1943 to Phil and Ruth Heckmann. Dick was a serial entrepreneur even as a child, working to plow snow off driveways in the winter and as a golf caddy in the summer. He planned to be a priest until a jet flew over his head and he felt he was destined to be a pilot instead. He joined the United States Air Force and fought bravely in the Vietnam War in 1965 and then attended the University of Hawaii and completed the Small Business Management Program at Harvard Business School.

He moved to Washington, D.C. where he worked as Associate Administrator for Finance and Investment of the Small Business Administration (SBA), where he was responsible for

small business lending and venture capital investments made by the United States government. He also served as the White House liaison for the SBA under the Carter Administration and was a former director of the Advisory Board of the Kennedy Center in Washington, D.C.

Dick was the Founder of Tower Scientific Corporation, a prosthetics company, which he sold in 1977. He retired to Sun Valley, Idaho, to ski, and was elected the Mayor of Sun Valley in 1979.

Dick and his family moved to the Palm Springs area and he became a stockbroker. He set the record for highest trade volume in a single day in 1987. He was also Chairman of the Listed Company Advisory Committee of the New York StockExchange and a member of the Exchange's Special Governance Committee.

He founded US Filter Corporation, a water filtration company,in 1990 and embarked on a series of 260 acquisitions aimed at building the world's largest water treatment company. Nine years later, US Filter was acquired by Vivendi SA, an international water products group, for $6.2 billion.

He served as Executive Chairman of K2, Inc., a sporting good company, which he sold for $1.2 billion in 2007. He wasDirector and owner of Smith Goggles and a founding shareholder of Callaway Golf, Inc. He was the Chairman of Nuverra Environmental Solutions, Inc. He also founded the Heckmann International Center for Entrepreneurial Management, at UC Riverside's Palm Desert Campus.

Dick was also an owner of the NBA Phoenix Suns basketball team. During his first year as a partner, the Suns acquired Steve Nash, and the team shot to the top of the Western Conference standings. Attending the games court side was a great joy to Dick and his family (but sometimes not the referees).

Dick would say his greatest achievement was the close-knit family that he leaves behind. A perfect Saturday afternoon for him would be hanging out with his children, with the grandchildren bopping around, watching a Notre Dame football game. He never missed a t-ball game, soccer game, wrestling match or football game for any of his children and was a great coach himself.

While being a great father, husband, and businessman, Dick also found time to mentor many high school children and young adults. He was very giving with his time and always ready for an in-depth conversation about how to succeed in life. His simple wisdom for teenagers embarking on a college career was to learn how to write effectively, communicate with anyone, read extensively and be comfortable speaking to a large group. His advice for starting a family was just as simple; it will be the best thing you ever did and appreciate every second of it.

Dick will be buried at Arlington National Cemetery next year.


Published by The Desert Sun from Nov. 2 to Nov. 3, 2020.
To plant trees in memory, please visit the Sympathy Store.
MEMORIAL EVENTS
To offer your sympathy during this difficult time, you can now have memorial trees planted in a National Forest in memory of your loved one.
MAKE A DONATION
MEMORIES & CONDOLENCES
Sponsored by thedesertsun.com.
11 Entries
I first met Mr. Heckman in 1991 during the IONPURE TECHNOLOGY acquisition. I rarely met Dick at sales meetings in the Bahamas, San Deigo, Colorado and many others, Dick always remembered my name and always had a positive additude for all that worked for him. RIP dick and your Phoenix SUNS almost won the NBA CHAMPIONSHIP in 2021.
Lee Carlson
July 21, 2021
I have read about Richard Heckmann over the years, starting with
the U.S. Filter Corporation. I was so amazed at his many accomplishments, so sad to hear of his passing. Condolences to
Richard's family and friends for your loss, may he RIP.
Diane
February 13, 2021
I worked with Dick at US Filter and can honestly say it was the high point of a long career. The world lost a great man. My sincere sympathy to his family.
Dorrie Osborne
Coworker
December 24, 2020 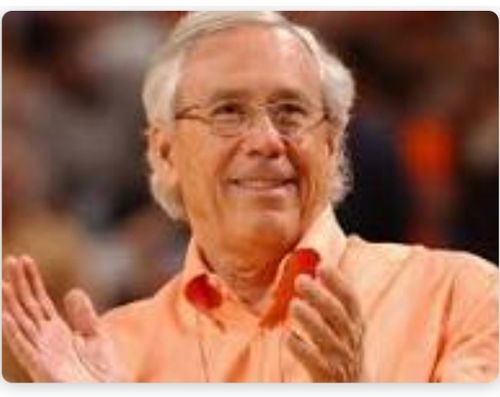 I was sorry to read about Mr. Heckmann in the Wall Street Journal.
I was an usher at the Suns games, and worked in the area where he sat. I'm not sure there was ever a time where he didn't say hi, and ask how I was.
He was kind, and he will be missed.
My sympathies to his family and friends.
JoAnne Downey
November 10, 2020
Dick ,and all who knew him, will be remembered for his spirit, energy, talent and generosity. He never forgot his humble beginnings, was an outstanding and accomplished entrepreneur. He loved life and was a devoted family man, and loyal friend to many! Always had a smile and time to listen; he was a mentor for many. His legacy will live on in his children and numerous charitable foundations. Yes you lived larger than life!! We will miss you! R.I.P. Dick.
,Dottie broderick
Friend
November 8, 2020
I had the opportunity to work for Dick at US Filter and Nuverra. He was an inspirational leader, had a great sense of humor, and highly regarded by all. RIP and thoughts and prayers to the Heckmann family.
Brett Quigley
Coworker
November 3, 2020
I worked with Dick at USFilter, and he took us for a great ride! 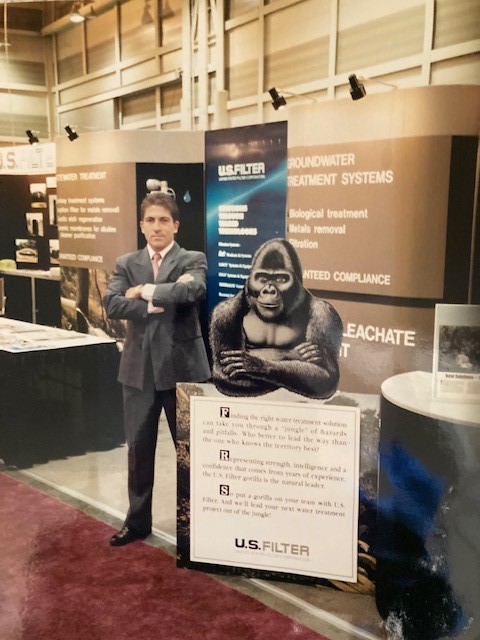 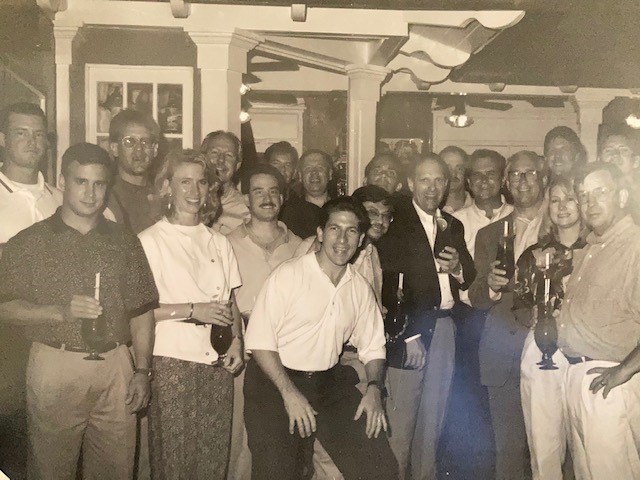 Robert Biase
Friend
November 3, 2020
Dick was a great leader, entrepreneur and friend. I had the pleasure of riding the USFilter roller coaster as well as working beside The Gorilla to "lead our customers through the jungle of water treatment", from 1991 through the Vivendi, Siemens Water and now Evoqua Water Technologies days. We are still benefiting from the foundation that Dick and USFilter built in forming the largest and greatest water company ever! Thanks for everything you did for my family and me. Love, The Biase Family
Robert Biase
Friend
November 3, 2020
Dick was a great guy! Always had a smile and kind words every time I met him and spoke to him on the phone. He will be missed! My deepest condolences to you Wendy, Mia, Madison and the whole family!
Connie Head
Friend
November 2, 2020
Showing 1 - 11 of 11 results