LAKELAND - Robert MacLaurin MacDonald, 83, of Lakeland, FL, passed away peacefully of respiratory failure on Saturday, September 7, 2013.
Mr. MacDonald was for 47 years a professor, a department chair and an artist-in-residence at Florida Southern College, where he also directed the college's Festival of Fine Arts series.
A concert pianist of international renown, Mr. MacDonald had a career that included many solo recitals as well as appearances with leading symphony orchestras in European and American cities.
Following service with the US Air Force, he graduated with a Bachelor of Arts (Music) Degree in 1950 from the University of North Carolina, Chapel Hill, NC. There he received the Percy Weeks Award as "Most Promising Pianist" before beginning studies for his Master of Music (in Piano) Degree at Indiana University.
During his Air Force service, Mr. MacDonald was a Band Squadron Commander involved in concerts, music projects and personnel services. Afterwards, he continued his studies for three years in Vienna, Austria, where he received an Artist's Diploma at the Hoch-schule für Musik. He made his Vienna concert debut in 1957 in that city's Musikverein.
There followed a New York City debut at Carnegie Recital Hall before beginning concert tours throughout Europe for the US State Department.
Mr. MacDonald is survived by his wife of 53 years, Ingrid, with whom he toured in duo concerts combining music and theatre; by their daughter, Sona MacDonald, a singer-actress in Vienna; a grandson, Skye MacDonald, also of Vienna; one brother, Donald F. MacDonald of Edinburgh, Scotland; several nieces and nephews as well as grand nieces and grand nephews.
The funeral service will be private. A memorial service will be held at a later date.
The family wishes to express their deep appreciation for Julie Fancelli's generosity and to Alberta Joseph and Pam Lamar for their loving care.
In lieu of flowers, memorial donations may be given to the Robert MacDonald Music Scholarship at Florida Southern College.

Published by The Ledger from Sep. 8 to Sep. 9, 2013.
To plant trees in memory, please visit the Sympathy Store.
MEMORIAL EVENTS
To offer your sympathy during this difficult time, you can now have memorial trees planted in a National Forest in memory of your loved one.
MAKE A DONATION
MEMORIES & CONDOLENCES
34 Entries
You are still remembered and appreciated. You were a wonderful friend.
Beth Johnson
Friend
September 2, 2021
Fond memories of Bob and Ingrid while working at Buck Hill Falls, PA during the summer. Bob had a great sense of humor and was so very talented. Goodbye my friend..."may flights of Angels guide you home."
Phillip Teagarden
January 5, 2014
Bob was my teacher for 4 years at Florida Southern. Those were great lessons, especially when I played a piece and Bob would play along improvising as we played. My mother and I would attend his concerts, especially those done with Ingrid. Since we always sat in the front row, Bob would give us a little wave. Ingrid and Sona, you have my and my family's deepest sympathy. We will miss Bob.
Grace Guess
September 15, 2013
A Master artist has moved on to perform for those who have gone before him. It was always an honor to hear and enjoy his performances. Blessings of peace and comfort go to his family.
Henry Hasse
September 13, 2013 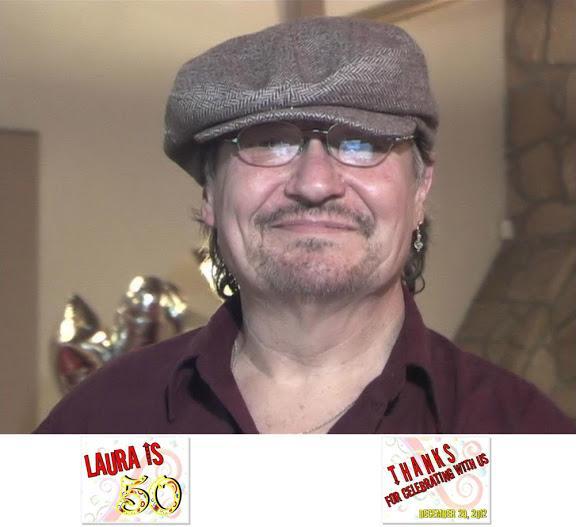 I was always pleased and honored, when, as a student, and later a local working musician, Robert MacDonald would give me a moment if only to chat.He showed me respect,and frienship,even though he barely knew me. I feel blessed to have known him
Robert Haselier
September 12, 2013
Liebe Ingrid und Mona,
wir haben erst heute vom Ableben von Ronald erfahren und sind sehr traurig. Wir hatten gehofft, uns noch einmal wiederzusehen. Vielleicht in einem anderen Leben. Seid umarmt von Lotti und Friedrich aus Heilbronn
Friedrich Wagner
September 11, 2013
Ich erinnere mich an den Künstler, Lehrer, Kollege, und meinen guten Freund Bob recht gern. In dieser trauervollen Zeit, möchte ich der Ingrid, Sona, und der ganzen Familie mein aufrichtiges Beileid aussprechen. Euer Bill Grange
September 10, 2013
Ingrid, I was so saddened to hear of Bobby passing. Have many fond memories of growing up with him in Carolina Church. He played at our wedding in 1962. He was a wonderful musician and man. He will be greatly missed but will live on in his family.
Reid and Janice Johnston
September 10, 2013
My deepest condolences to the family. Robert was a gentleman and an artist of wide talent and understanding.
David Irwin
September 10, 2013
Ingrid and family,please know that you are in our thoughts and prayers. We were so very saddened to learn of your loss. I (Dale) have so many wonderful memories of growing up in the Carolina church with Bobby. We will be remembering you in a very special way in the days ahead.
Bentley and Dale Hardaway - Dillon, SC
September 9, 2013
To the Family of Mr. MacDonald-

It was a musical adventure being a student and working with him during my time at Florida Southern. I'll never remember how proud he was to become a Grandfather. It was an honor to be his brother through Phi Mu Alpha. Thanks for the memories--
Stephen Ryan
September 9, 2013
Our condolences to Ingrid,Sona,Skye,& Frank. I recall that night during the 2009 GMHG, when all the MacDonald's, but especially Bobby & Frank shared music, and wonderful stories, about their lives together growing up in the
Carolina Community. A night I will never forget!
Martin & Bonnie MacQueen
September 9, 2013
You touched so many lives through your gift of music. I remember sitting in a Christmas Concert at Florida Southern and having my daughter ask, "Dad can he play piano as good as you?" To my young daughter, I responded, "Honey, Mr Macdonald makes me sound like I have no fingers." When Mr McDonald began to play, my young daughter simply said, "Oh I see." Thank you Mr McDonald for letting your love for music bless all of us who were blessed to hear you.
David Driggers
September 9, 2013 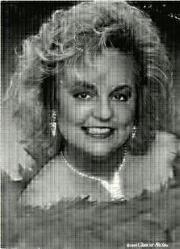 Dr. Mac Donald blessed 3 generations of the Peacock family. Many years ago, my hubby's (Larry Peacock)mother went to Dr. Mc Donald for help and suggestions in playing a particularly difficult piece. Dr. Mc Donald said she was SO good, he could not help her and had no suggestions for her!! WOW!! Coming from the GREAT Robert Mac Donald, THAT was something! I was blessed to study under Dr. Mac Donald at FSC from 1973-1975, and our daughter was blessed to have studied with him at FSC from 2006 until she graduated! 3 generations of blessing the Peacock family! Thank you Dr. Robert Mac Donald! You will be sorely missed!!!
Betsy Peacock
September 9, 2013
What a kind man and great pianist ... I remember many evenings sitting outside his office listening to him play... He will be missed dearly...
Chris Rodgers
September 9, 2013
Dear Ingrid, Sona, and Skye...sending Love to all of you. He is at peace but we will miss him. I choose to remember Uncle Bobby sitting outside at the piano at "Queensdale" for our many family reunions. Marilyn had drug an old piano out of the barn and propped it up on cinder blocks. Bobby tuned it the best he could and we had glorious music all weekend long! Hymns, Boogie Woogies, Beethoven, movie theme songs and more. The crazy MacDonald's were in full swing and always lead by dear Bobby at these family gatherings. May the countless memories we all have of him keep us smiling.
sandra MacDonald Adams
September 9, 2013
Robert, You have touched so many lives with your caring, your talents, your verve, and your knowledge, and you did it all with such class. That smile of yours, and, oh... the magic you gave us at the piano. I am honored to be your friend.
Ingrid and Sona, My love to you both. Robert's music lives on in all of us.
Jeff Eilertsen
September 9, 2013
So sorry to hear of your loss. Heaven has added a musical angel. I was blessed to have heard Robert when he played in Bennettsville and have several of his CDs. They became more precious now. Thank you MacDonald family for sharing him with the world.
Ann Austin
September 8, 2013
Please know that the Plummer family sends love to the Macdonald family...we have often joked that we should change our name to MacPlummer so we fit into the royaly of the Carolina Community... So many great people have emerged from there...all I know is that Heaven is rocking with the reunion of so many loved ones....
September 8, 2013
What a great musician and man. Honorable and elegant. I will remember him. Dear Mrs. MacDonald, you have our hearts at this difficult time.
J. Lenora Bresler
September 8, 2013
What joy and delight Bob brought to every life he touched. To my life he added patience, trying to improve my German and Debussy; kindness in 'duetting' twice -- Brigadoon and Beethoven! Thoughts and prayers to Ingrid and family. And to Bob "Fare thee well, Les Adieux."
Bruce Sayre
September 8, 2013
What a wonderful, amazing man! It was an honor to study piano with Robert MacDonald at Florida Southern for four years. His influence continues to live on in me and is passed on to many more as I have been a pianist and elementary music teacher for 30 years and counting! God be close to you, Ingrid and Sona. The love the three of you have for each other has always been an inspiration.
Dretha Ison Fennell
September 8, 2013
Ingrid, I am so sorry to hear of your family's loss. What an amazingly talented and kind man. It was truly an honor to be given the opportunity to work with him several years ago. Praying for you and yours. God Bless!
Deborah Hurta
September 8, 2013
I will miss you,thank you for being such a wonderful Uncle. I have so many memories of all the fun we had around the piano,we never let you rest! know it is time for you to rest.
Jackie MacDonald Hendrix
September 8, 2013
I am so sorry to hear of Robert's passing. Ingred and Sona, my prayers are with you at this difficult time as you find peace. I thank God for the time we had Robert with us and the gifts he gave to all.
Glori Ann Snow
September 8, 2013
Dear Mrs. MacDonald-My condolences as I write to you. I was saddened to hear the news but honored to have been able to work with Mr. MacDonald during my undergraduate years as a former student and help you both out with your VCR/DVD player, while eating snacks at your kitchen table. He was a great mentor, and person and I hope to carry on his legacy with my current piano students and toward my goal of becoming a piano professor just as he was. Thank you for responding to my letters, and for the updates from time to time; I will keep his postcards from Vienna and remember his advice. Thank you for being with him all these years and please let me know if there is anything else I can do in the future.