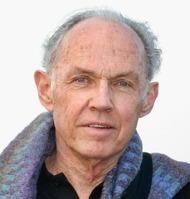 BORN
1936
DIED
2021
Charles Aikin Keck
March 4, 1936 - January 11, 2021
Lacey, Washington - Charles Aikin Keck, MD died January 11, 2021, in Lacey, WA, from Lewy Body Dementia. Born March 4, 1936, to Reiss M. Keck and Kathryn Ruth Aikin in Newark, OH, he was 84 years old. Dr. Keck was a pediatrician at Group Health Medical Center. He thoroughly enjoyed his patients, their parents, and his medical colleagues and was known as a calm and caring physician. He lived a life filled with family, choral music, photography, gardening, hiking and piano. He became a licensed massage therapist in retirement.
After his mother's early death, Charlie's paternal grandparents and four aunts on the family farm near New Concord, OH, lovingly raised him. His schoolteacher father was there weekends and summers. When his father married Alice Fassett, a teaching colleague, in 1942, she became Charlie's devoted mother and encouraged his appreciation of music.
Charlie graduated from Oakwood High School, Dayton, OH, and Wesleyan University in Middletown, CT, where his fondest memories were provided by the music department: Glee Club, the Cardinals octet junior year, and the Jibers quartet senior year. He was a member of Beta Theta Pi and Mystical Seven, an honorary society.
Medical School at Case-Western University in Cleveland, OH, was Charlie's favorite educational experience. A summer job in Berkeley, CA, kindled a lifelong interest in public health. He married Carolyn Lois Mould on June 27, 1959, in Dayton, OH. Charlie interned in internal medicine and pediatrics and completed a pediatric residency at Strong Memorial Hospital, Rochester, NY. Following military service at Travis AFB in CA, he spent a year in adolescent medicine at the University of Washington.
In 1968 Charlie became the director of the Children and Youth Clinic, a "Great Society" program for low-income children in the Columbia City area of Seattle. He supported the Black Panthers in projects to improve the lives of children in the Central Area. During that time he was the volunteer doctor for "Open Door," the first free drug clinic in Seattle.
The Keck family moved to Olympia in 1972 when Group Health opened. In 1982 he was instrumental in founding the Community Care Clinic which used physician volunteers to treat low income and part-time workers who could not afford medical care. He received a Jefferson Day Award from Governor John Spellman in 1983. In 1984, the clinic doctors were honored with the Washington State Governor's Award for Distinguished Volunteer Service as a "group of volunteers that has demonstrated extraordinary initiative and originality in designing or creating an innovative project to benefit community needs."
He was awarded the Providence Pride community service award for an individual in 1997 and a Lifetime Achievement Award from the Physicians of Southwest Washington in 2012.
Charlie led a life rich in experiences. He trekked the Annapurna Circuit in Nepal, climbed to 17,000 feet on Denali and summited Mt. Rainier twice. He and Carolyn walked the 200-mile Coast-to-Coast trail in England and the 100-mile West Highland Way in Scotland. While on a sabbatical in Australia, he became part of the local pediatric community and spent a month in the Northern Territory on aboriginal missions. He was a scoutmaster, a Master Gardener, a member of the Medical Reserve Corps, a skilled photographer, and a student of jazz piano. He was known as a master punster, a ready wit, and for travel journals popular with family and friends.
Charlie is survived by Carolyn, his wife of 61 years; children: Bruce and Lisa Keck; Douglas and Angela Keck; David and Karen Keck Hougan; grandchildren Mikayla and Alexander Hougan; sister-in-law Barbara Young; brother-in-law R. Gerald "Jerry" Mould; cousins Rolland and JoAn Wilson, and Sheila and Malcolm Kennedy; nieces and nephews Carolyn Sue Rospierski, Katherine Flenniken, Susan YoungCrane, Christopher "Mac" Mould, R. Rockwell "Rocky" Mould; cousins Jim, Martha and Nancy Fassett, Ken Dykstra, Laurie Steele, Carla Skuchas and Betsy Miller.
The Keck family is grateful for the love and support of the Gentle Care Unit and the health care providers at the Panorama Convalescent and Rehabilitation Center.
Memorials may be sent to the Keck Scholarship at SPSCC, 2011 Mottman Rd. SW, Olympia 98512 (https://spscc.edu/foundation) or the Nature Conservancy (WA state Tribute account), 4245 N. Fairfax Dr. Ste. 100, Arlington, VA 22203 or a charity of your choice. The family hopes to have a Celebration of Life when conditions allow.
Memories may be left at www. Funeral Alternatives.org

Published by The Olympian on Feb. 7, 2021.
To plant trees in memory, please visit the Sympathy Store.
MEMORIAL EVENTS
To offer your sympathy during this difficult time, you can now have memorial trees planted in a National Forest in memory of your loved one.
MAKE A DONATION
Please consider a donation as requested by the family.
MEMORIES & CONDOLENCES
8 Entries
If ever I met a generous man, it was surely Dr. Keck!
Fly in Joy, Kind Sir!
Meg Turk
Friend
February 27, 2021
Hello Carolyn, Greg Griffith (you may remember me from when you chaired the Bigelow House Preservation Assoc. board) sending you sincere condolences over Charles' passage. I remember you speaking of him often and knew you were very close and dynamic partners.
I didn't realize when I was with you on the BHPA board your connections to Dayton and Oakwood...until I read Charles' obituary. My family lived there from 1954-58 and both my brothers attended Oakwood HS and my oldest brother Don graduated from there as well. I have fond memories of our time there and my brother and sister-in-law still go back to their HS class reunions.
Again, I am so sorry for your loss. In sympathy, Greg

Greg and Sheila Griffith
Acquaintance
February 10, 2021
Never a dull moment around Charlie. He made coming to work a delight. What a wonderful man.
Chris Rahn
Friend
February 10, 2021
I deeply admired and respected Dr. Keck. So much so that it took me forever to feel comfortable calling him Charlie. He was one of the first to welcome me to the Olympia community, one of the founding members of the Thurston County Medical Reserve Corps. Later in retirement, an avid and accomplished photographer. Thank you for all these wonderful memories. Rest well my friend.
Diana Yu
Friend
February 8, 2021
Charles was a very special person. Will be missed. Prayers and thoughts to the family.
Dave and Chris Shipley
Acquaintance
February 7, 2021
He was a Renaissance Man, an inspiration to others, a caring talented physician and a wonderful mentor. A smooth stone whose ripples in the pond will just keep going and going. A privilege and honor to know you and your wonderful family. Thank you, Charlie. We love you, Greg and Beth Anderson
Greg and Beth Anderson & family
Friend
February 7, 2021
What a lovely memorial. Charlie Keck was two of my three kids' first pediatrician - so gentle, kind, and compassionate. I hadn't realized he'd served people of color and low income families prior to being our Dr. Keck. I feel so fortunate to have known such a great, generous man.
Terri L Charles
Friend
February 6, 2021
I am very sorry for your loss! He was my pediatrician and my sons as well. He always amazed me how he would look over my son and study him to make sure he was a healthy baby! He was an amazing man.
Shelley Smith
Acquaintance
February 6, 2021
Showing 1 - 8 of 8 results