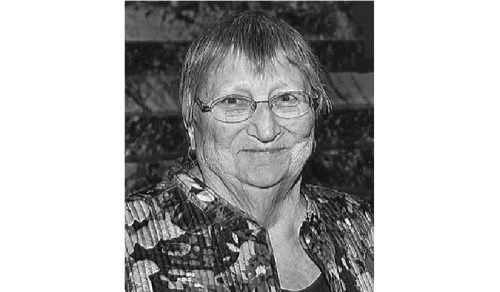 BORN
1930
DIED
2019
ABOUT
Olympia High School
Wanda H. Riley Wanda H. Riley, age 88, passed away on Saturday, March 9, 2019, in Olympia, Washington, surrounded by loved ones. She was born July 10, 1930 in Los Angeles, California. She graduated from Olympia High School in 1949 and served as class chairperson until their 69th class picnic last summer. She enjoyed a successful career at the Washington State Department of Industries for 30 years, retiring from the Legislature Hotline in 2009. She also belonged to the Washington Federation of State Employees/AFSCME as a member for 30 years and Board member for 20 years, Retired Public Employee Council board for seven years, and Washington State Productivity Board Member from 1991 to 2011, representing WFSE, and Thurston, Lewis and Mason Community Council board member for many years, in addition to PCO at Black Lake. Wanda liked doing things to help other people and she had many friends in many different circles. In her younger years, she enjoyed skiing at White Pass, Paradise and Sun Valley and even helped build the Olympia Ski Club Lodge by hauling rocks from the highway for the fireplace. She also enjoyed crewing on Karen Frasier's sailboat in South Sound Sailboat Races, traveling to Europe, her close artist friends in Germany, and her support of the Democratic Party. In 1991, she and friend Rosalie Gittings were asked to drive an ambulance with 15 other ambulances from all over the USA along the I-90 route for health care coverage for everyone. They were supported by labor, churches, small businesses and other groups. They drove over 4,000 miles and met with many celebrities, including Governor Cuomo of New York, legislators from all states, actors, and comics. The president then was George H.W. Bush and their plight went on deaf ears. In 1993, they were asked again to ride a bus with many others through the center of the nation for Hillary Clinton's health care reform. They met President and Mrs. Clinton and Vice President Al Gore and Tipper Gore. In 1977, Wanda fulfilled her life-long dream of building her own home on Lakeside Street at Black Lake where she lived until moving to Panorama City in 2016. She was a life-long Democrat and served as Precinct Officer for many years, working on many campaigns, and, in the past decade or so, became a fixture at the Welcome Table at the door, signing people in at fund raisers. Oftentimes you would hear that if Wanda was at the welcome table, it was almost a certification or endorsement that this is a good candidate, or at least a really good democrat. A Celebration of Life will be hosted by Julie, Carol and Mike Cairone, whom Wanda lovingly referred to as "her kids" on Sunday, March 31, 2019 from 1:00 p.m. to 4:00 p.m. at The Olympia Yacht Club, 201 Simmons St. NW, Olympia, WA 98501. To read the full obituary or share memories, please visit www.FuneralAlternatives.org.
Published by The Olympian on Mar. 17, 2019.
To plant trees in memory, please visit the Sympathy Store.
MEMORIAL EVENTS
Mar
31
Celebration of Life
1:00p.m. - 4:00p.m.
The Olympia Yacht Club
201 Simmons St. NW, Olympia, WA
MAKE A DONATION
MEMORIES & CONDOLENCES
4 Entries
Wanda cared for other people. She had a deep sense of justice that guided her years as an active WFSE Union member and RPEC member. When there was a problem Wanda never said someone needs to something about that. Wanda would say we are going to do something about that! Thank you Wanda for enhancing my life.
Duwane Huffaker
April 2, 2019
Sorry to hear about her passing. The words about her at fundraisers are right on the mark.
March 29, 2019
Love you and miss you Wanda!!!
Julie Cairone
March 27, 2019
we Germans will miss our friend Wanda for sure a lot. Especially at the Olive Garden when we eat there and drink Italien Margaritas.
Wanda had a heart of gold and taught my mother her first English word that was ..sh..! LOL she was qutie a character and we loved her and will continue loving her in our hearts. Prost friend
Martha and Margret
Martha Schorn
March 18, 2019
Showing 1 - 4 of 4 results