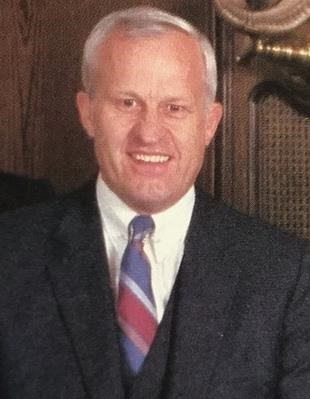 St. George - J. Gary Sheets passed away peacefully at home on September 23, 2018 at the age of 84. Gary was born in Richfield, Utah on January 28, 1934. After losing his mother at a young age, Gary was raised by his maternal grandmother Eva Peterson, a loving woman who taught him the value of hard work and independence. Richfield was always an important part of Gary's life, no matter where he lived. The small-town values and work ethic he gained as a boy drove him throughout his life. He was senior class president and a two-sport star at Richfield High School, earning All-State honors in basketball. Gary attended the University of Utah where he was a Sigma-Chi and earned the nickname "Foggy" Sheets for his propensity to not pay attention to certain important details. After a year at the University, he served a mission for the Church of Jesus Chris of Latter-Day Saints in the New England States Mission. When he returned from his mission, he met a spunky, green eyed girl named Kathy Webb who won his heart. He and Kathy were sealed in the Salt Lake Temple on June 30, 1958 and became the parents of four children, three girls and a boy.

After Kathy's untimely death, Gary was blessed to meet Diane Jackson, a true miracle from Kaikohe, New Zealand, whom he married in the Salt Lake Temple on July 3, 1987. Diane not only brought an additional son and daughter to the family, but also became a new "Mum" for Gary's four children, and an amazing "Grandma Di" for his growing clan of grandchildren.

Gary was truly a born salesman. His ability to connect with different people and win them over was legendary. He epitomized the saying "a stranger is just a friend waiting to happen". He touched numerous lives and always would find ways to quietly help people in need. One of his proudest achievements was serving as the founding Chairman of the Children's Miracle Network Foundation, an experience he mentioned often toward the end of his life. Gary also had a great love for all types of animals and would often regale his family with stories of random stray animals he stopped to greet or help, always commenting on how "beautiful" they were.

Even with a nickname like Foggy, one thing he would never forget was to tell his children and grandchildren how much he loved them. It was a daily occurrence and something that will truly be missed by his family. Gary had a knack of making you feel like you could accomplish anything in life, and would remind you of your greatness often, even if exaggerating at times. He was free with compliments, stingy with criticism, generous with a smile, and always the eternal optimist. Gary faced more than his fair share of trials throughout his time here on earth, but he always found a way to see the positive in life and not let the trials diminish his faith in his Heavenly Father and the gospel of Jesus Christ. His genial nature, steady fortitude and humble dedication were an inspiration to many.

Funeral services will be held at 12:00 Wednesday September 26th at the Green Valley 1st Ward in St. George, Utah (511 S. Valley View Dr). A viewing will be held at the church from 10:30 - 11:30 a.m. prior to the funeral. Burial services will be in the Richfield Cemetery. In lieu of flowers, Gary requested that donations be made to the Switchpoint Community Resource Center for the homeless (948 N. 1300 W. St. George, UT 84770). Please visit www.hughesmortuary to leave condolences or to view full obituary. 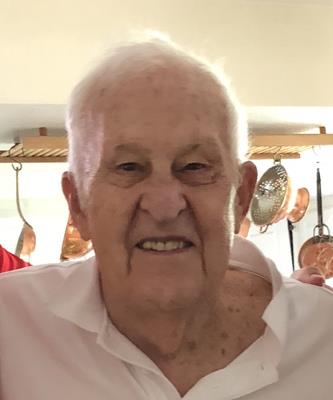 Published by Spectrum & Daily News on Sep. 25, 2018.
To plant trees in memory, please visit the Sympathy Store.
MEMORIAL EVENTS
Sep
26
Viewing
10:30a.m. - 11:30a.m.
Green Valley 1st Ward
St. George, UT
Sep
26
Funeral service
12:00p.m.
Green Valley 1st Ward
511 S. Valley View Dr, St. George, UT
Funeral services provided by:
Hughes Mortuary
MAKE A DONATION
MEMORIES & CONDOLENCES
Sponsored by Hughes Mortuary.
13 Entries
SORRY I MISSED THIS...WE DO NOT TAKE THE PAPER ANYMORE..
DIANE YOU MIGHT NOT REMEMBER ME BUT I USED TO LIVE IN IVINS YRS AGO...YOU LOST A DOG AND YOU CAME OUT TO MY HOUSE TO CK ON ONE.'
YOU ARE SUCH A SPECIAL LADY AND I WOULD HAVE LIKED TO GET TO KNOW YOU BETTER...I MOVED TO WY AND THE IDAHO AND NOW I LIVE IN HURRICANE. I AM SO SORRY FOR YOUR LOSS...GOD BLESS YOU AND THE FAMILY....I LOST MY HUSBAND FRANK TO CANCER AND HAVE REMARRIED TO LARRY FOWLER.........
LA RUE (PEARSON) FOWLER
October 7, 2018
Gary was such a kind and loving man. He was always so positive and willing to help others along the journey of life. I will forever be grateful for his kindness to me and our family! Our thoughts and prayers are with your family. God Bless and much love. Ray & Michelle Henderson
Raymond Henderson
Friend
October 2, 2018
RIP Gary, I have great memories from my time spent with you, thankyou
Reed Marshall
September 27, 2018
Dear Diane! Esther and I send our love and prayers! What a lovely man that we got to meet! May the Lord's blessings be with you on his special day and the weeks and months ahead! God bless Esther and I xoxoxo
Arlen Armstrong
September 26, 2018
My condolences for the loss of your beloved may the God of all comfort be with the family Phillipians 4:6,7

CE
September 26, 2018
Gary Sheets was such a positive person, and made a difference to me when I was young. He listened, when I thought no one cared. I am grateful to have known him.

Sincere condolences to Jim, Gretchen, and the rest of the family.

Heidi (McDonald) Adair
Heidi Adair
September 26, 2018
My deepest condolences to the family. May the God of comfort grant you peace during this difficult time.
September 26, 2018
I have fond memories of Gary from when I was a young child. He and my dad (Tom Moore) worked together at CFS and we did several activities with Gary and Kathy. My father would often speak about his big heart, kindness and generosity that knew no bounds. I remember my dad telling me that he was recruited to work for Gary after hearing him speak at a fireside. He opened many doors for my father because of the potential he saw in him. Those days were magical for me. Gary's entrepreneurial vision combined with his Christlike actions and friendship with my father and family are memorable and the effects of his goodness are far reaching.

His obituary was beautifully done, and captured well the man I remember from my childhood. Sending prayers and comfort to the family left behind. He was a great man and I'm grateful I knew him. He truly enriched our families lives.
Jilleen Moore Campbell
September 25, 2018