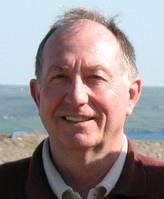 BORN
1942
DIED
2021
FUNERAL HOME
Baker-Post Funeral Home & Cremation Center
10001 Nokesville Rd.
Manassas, VA
William A. "Bill" Ward
September 29, 1942 - April 2, 2021
Washington, DC - The global development community lost a leading practitioner, advisor, and teacher on April 2, 2021. Bill was born in Lake City, SC, September 29, 1942, to Wylie and Kathleen Feagin Ward. He attended Eau Claire High School in Columbia where he excelled in baseball and football. He attended Clemson University on a football scholarship and was a starting halfback for Hall of Fame Coach Frank Howard who called Bill "pound-for-pound, the toughest player I ever coached." He was awarded the Jacobs Trophy in 1964.
Dr. Ward received the BA and MS degrees from Clemson and the PhD from Michigan State University. He was one of two Americans among 30 global selections to the World Bank Young Professionals Program in 1970 as two competing approaches to cost-benefit analysis were emerging. He mastered both approaches and developed training materials illustrating each, one of which became the world's most widely taught economic analysis case study 1975-2000. His 1991 book was the Bank's bestselling title for the 1990's.
In 1989, Bill was named a Centennial Distinguished Alumnus of his beloved Clemson University where he was Professor of economics for 23 years. He embraced the Land Grant mission to serve the people of SC and ended his classes with "Go out, do good work, and remember Clemson!"
He was in great demand as a teacher of project economics and microeconomic policy to the staff at the World Bank, Asian Development Bank, International Finance corporation, Food and Agriculture organization of the UN, UN Development Program and aid officials all over the world. His methods of listening and processing information were filmed and taught to other trainers and consultants.
He worked in more than 80 countries and was an advisor to foreign governments and development institutions, including the World Bank where he was the Project Economics Expert on the Bank's Inspection Panel. He was famous for his creativity in finding solutions to problems in which the problem itself had been mis-identified.
Bill was the coauthor of many peer-reviewed articles and books, including the recent LIVING IN THE LIGHT which describes a project that brought affordable solar electricity to 20 million off-the-grid people in Bangladesh. The methodologies he developed have become best practice for off-grid electrification economic and financial evaluations. The book was published by The World Bank six days after his death--He worked to the very end to make the world a better place for millions of people all over the world.
Bill was predeceased by his parents, sister Jacqueline Wyleen Shaylor, and brother Carroll Eugene Ward. He is survived by his brother James Robert (Bob) Ward, his wife of 55 years Karen (Kaye) Jordan Ward, and his son William Jordan Ward.
Memorials may be sent to his home church, Fair Lawn United Methodist Church, 9203 Wilson Blvd, Columbia, SC 29203, or to the charity of your choice.

Published by The State on Aug. 22, 2021.
To plant trees in memory, please visit the Sympathy Store.
MEMORIAL EVENTS
To offer your sympathy during this difficult time, you can now have memorial trees planted in a National Forest in memory of your loved one.
Funeral services provided by:
Baker-Post Funeral Home & Cremation Center
MAKE A DONATION
Please consider a donation as requested by the family.
MEMORIES & CONDOLENCES
0 Entries
Be the first to post a memory or condolences.