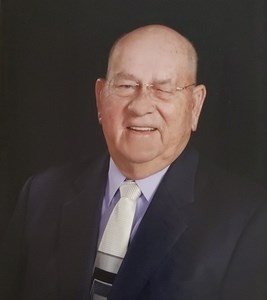 Bruce moved from his home in N.C. to Va. in the summer of 1954 where he met and married the love of his life, Florence Smith, one year later. Bruce retired from Ford Motor Company - Tractor Division after 31 years of service. During his retirement, he worked an additional 13 years for Old Dominion Tractor. He was a faithful member of Antioch Baptist Church in Sandston where he served many roles including Sunday School superintendent, teacher, Deacon and Choir member. He dedicated his life to serving the Lord and touched the lives of many. The impact he made on those who knew him cannot be measured.

The family will receive friends from 2 to 4 and 6 to 8 p.m. Friday, October 22, at the Mechanicsville Chapel of Bennett Funeral Home, 8014 Lee-Davis Rd., where services will be held at 11 a.m. Saturday, October 23. Interment Signal Hill Memorial Park on Tuesday, October 26, at 11 a.m. In lieu of flowers, contributions may be made to Antioch Baptist Church, 3868 Antioch Church Rd., Sandston, Va. 23150 or St. Jude Children's Research Hospital, P.O. Box 50, Memphis, Tenn. 38101-9929 or stjude.org/joinus to donate online.
Published by Richmond Times-Dispatch from Oct. 21 to Oct. 27, 2021.
To plant trees in memory, please visit the Sympathy Store.
MEMORIAL EVENTS
Oct
22
Visitation
6:00p.m. - 8:00p.m.
Bennett Funeral Homes - Mechanicsville
8014 Lee Davis Rd, Mechanicsville, VA
Oct
23
Service
11:00a.m.
Bennett Funeral Homes - Mechanicsville
8014 Lee Davis Rd, Mechanicsville, VA
Oct
26
Interment
11:00a.m.
Signal Hill Memorial Park
VA
Funeral services provided by:
Bennett Funeral Homes - Mechanicsville
MAKE A DONATION
Please consider a donation as requested by the family.
MEMORIES & CONDOLENCES
Sponsored by Bennett Funeral Homes - Mechanicsville.
2 Entries
I was so sorry to hear of Mr. Bruce's passing. He was always such a wonderful man - encouraging, wise, and so very kind. There was no doubt that his goal in life was to spread the love of Christ. I was lucky enough to have that love bestowed on me. All who came in contact with Mr. Bruce were blessed. I know he rests in peace with his Savior. Prayers for the family.
Deanna Cosner
October 24, 2021
I am sorry for your loss. What a kind, wonderful man, always quick with a warm smile. Prayers to the family. I know he will be dearly missed.
Geannette Sanders Williams
Friend
October 22, 2021
Showing 1 - 2 of 2 results