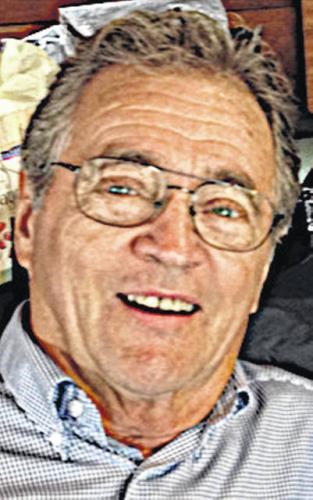 Nicholas "Nick" H. Barker, 78, of Wilmington, passed away unexpectedly on Saturday, Feb. 13, 2021, with his loving wife and daughter by his side.

Nick was a 1960 graduate of Lynchburg High School where he met his lifelong love and wife of 56 years, Carolyn Luck. He joined the Navy at 17 years old, and after being honorably discharged he went on to work at the Ohio State Highway Patrol, where he worked for 30 years before retiring. He was an electrician for over 60 years and also a retiree from ABX with eight years of service. He was a member of The Elks 797, American Legion Post 49 and Fraternal Order of the Eagles 1224, and also enjoyed golfing, classic cars and going to car shows.

In addition to his parents, he was preceded in death by his brother, James R. Barker.

A private celebration of life will be held at the convenience of the family at Davis-Turner Funeral Home in Lynchburg, with the burial to follow.

Condolences may be sent to the family by visiting www.turnerfuneralhomes.cc.

Published by Times Gazette from Feb. 17 to Feb. 18, 2021.
To plant trees in memory, please visit the Sympathy Store.
MEMORIAL EVENTS
To offer your sympathy during this difficult time, you can now have memorial trees planted in a National Forest in memory of your loved one.
Funeral services provided by:
Davis-Turner
MAKE A DONATION
MEMORIES & CONDOLENCES
7 Entries
We will all miss Nick. He was always fun to be around. Carolyn and family are in my thoughts and prayers. May God bless you all at this sad time.
Sandy Jones
Friend
February 20, 2021
Carolyn and family, sorry to hear Nick has left us. Great and crazy fellow. I new him my entire life and enjoyed his company. God bless you all. Milt and Sherry Burton
Milton Burton
Friend
February 19, 2021
Nick was a one of a kind, a great guy. We were neighbors, we played some really lousy golf together He has a great family. Nick will be greatly missed by all who knew him. My heart goes out to Carolyn and the family.
Dick Thacker
Friend
February 18, 2021
Prayers Lifted UP for family and friends.
I've known Nick for many years through my father, Richard Hampton.
Then later years through my husband Richard (Wilkie) so sorry to read about Nick. Our deepest condolences and sympathy. May God give you peace and comfort at this time, so very, very sorry. Sincerely, Richard and Linda Hampton Wilkin
Linda Wilkin
Friend
February 18, 2021
So Sorry to hear of Nick's passing, we lived across the street from his Mom for many years, Great Family.
Joyce & Charlie Spaeth
Friend
February 18, 2021
Such a great man. I remember when he came and rewired our entire house after the fire back in the 70's.
Treasa Earhart
February 18, 2021
so sorry to hear of Nicks passing. I worked with Nick for over 25 years. As many of us know, Nick preferred the midnight shift for the Highway Patrol. It was nice to know that Nick would be there for you when you needed something done. You could always count on him.
RIP Nick.
David Merritt
Coworker
February 17, 2021
Showing 1 - 7 of 7 results