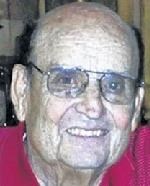 BORN
1935
DIED
2020
Vail, Jessie Lee SUN CITY CENTER, Fla. On November 1, 2020, Jessie Lee Vail went home to be with his Savior, Jesus Christ. Jessie was born in Harrisburg, Ark. on July 28, 1935, and his incredible life story, molded by the hands of God, was only just beginning. In 1954, Jessie joined the United States Navy and served as an electrician's mate first class as part of the USS Triton Submerged Circumnavigation crew during Operation Sandblast. Jessie served in the Navy for 20 years and it was during his time of service that he met his sweetheart of 62 years, Muriel. In 1963, the course of Jessie's life changed forever when he attended a church service, met Christ, and became a born-again Christian. After that he was always excited for any opportunity to tell the story of this precious encounter. After accepting Jesus as his Savior, Jessie joined the ministry, put himself through seminary and gained a masters in theology. He then became a pastor, serving as the founding pastor of Hood Canal Chapel in Belfair, Wash. Jessie also served as interim pastor of Trinity Baptist Church in Niskayuna. Following his time in the ministry, Jessie used the skills he learned in the Navy to become a nuclear engineer, working at power plants such as Vermont Yankee. It is without question that Jessie is a testament that through Christ, all things truly are possible. The undying love Jessie had for his family was exemplified by his fervent prayers that they too accept Jesus as their Lord and Savior and God answered those prayers. His wife, all of his children, and all of his grandchildren will one day join him in heaven. Jessie's wish was not for a funeral or memorial service but for his family to honor him through glorifying God in all that they do. Jessie will be lovingly remembered by his "sweetie," Muriel; children: Debbie (Harold) Schneiderwind, Bodie (Theresa) Vail, Karen (Scott) Johnson, and Tom (Jenny) Vail, his 12 grandchildren, and 10 great-grandchildren. Jessie was predeceased by his parents, William and Vera Vail of Harrisburg, Ark.; and by his sister, Barbara Ellen Hogan of Champaign, Ill. Thank you, Sweetie, Jessie, Daddy, Pop for what you have taught us through your example. We will miss you terribly but are so grateful that we will be reunited with you in heaven someday; and oh, what a glorious day that will be!

Published by Albany Times Union on Nov. 3, 2020.
To plant trees in memory, please visit the Sympathy Store.
MEMORIAL EVENTS
To offer your sympathy during this difficult time, you can now have memorial trees planted in a National Forest in memory of your loved one.
MAKE A DONATION
MEMORIES & CONDOLENCES
5 Entries
I'm so gonna miss you Uncle Jessie , the memories I have of you will always be special in my heart. I sending hugs to all.
Brenda Smith
Family
September 1, 2021

We remember Jesse for his friendship to us, witness for the Lord Jesus Christ, and as the first pastor of North Mason Bible church . We express our sincere sympathies to Muriel and the whole family.
Mike and Shirley Gastineau

Mike and Shirley Gastineau
Friend
November 25, 2020
Our memories are so important. We met Jessie as a neighbor at AlMar Acres in CA. Him and Bobbie were always so nice and friendly. We saw him just a couple of years ago when we sold our place and as always got a big hug and smile from him. People come into our lives, but Jessie came into our heart. Going to miss you dear true and faithful servant of God.
Greg & Dianne Barnhart
Friend
November 25, 2020
We read this beautiful story this morning before doing our daily devotionals and we were deeply touched by his life witness! We have been christians almost 50 yrs and we share in your celebration of Jessie's full life. Can't wait to sit down with him in heaven and compare notes!
Bless you and your rich families!!
Ted and Dawn
Ted Portmann
November 6, 2020
May God bless you and your family
Ben Knowles
Friend
November 6, 2020
Showing 1 - 5 of 5 results