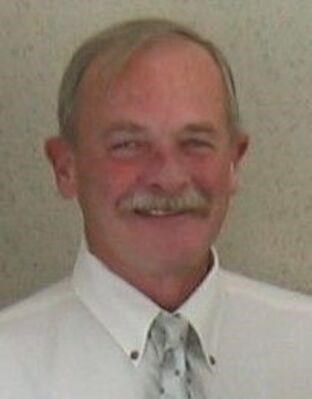 born in Indianapolis, Indiana on January 7, 1943 died Friday, April 23, 2021 in Scottsdale, Arizona. Roger graduated from Shortridge High School in Indianapolis. He honorably served in the Vietnam War with the 11th ACR (Black Horse) as a Captain with the medical service corps 1967-1969. Graduating from Indiana University School of Law he was a Marion County Prosecutor. He then worked with the United States Government as Assistant United States Attorney in Indianapolis and the Southern District of Arizona as Chief of the Criminal Division.

Roger was a man of many interests including history, literature and music. He enjoyed exploring and photographing the Sonoran Desert. He was proud to be a loyal friend and mentor to many including the Tucson High School mock-trial team. Roger could relate to everyone. He was a true gentle man.

Donations may be made to the Vietnam Veterans of America (vva.com).


To plant trees in memory, please visit our Sympathy Store.
Published by Arizona Daily Star on May 5, 2021.
MEMORIAL EVENTS
No memorial events are currently scheduled.
To offer your sympathy during this difficult time, you can now have memorial trees planted in a National Forest in memory of your loved one.
MAKE A DONATION
MEMORIES & CONDOLENCES
10 Entries
Michele, We saw Roger´s announcement on line. I mailed a condolences card to your old address and it got returned. So, our dearest sympathies to you and your growing family. I value the time we worked together and having you as a friend.
Kris Federhar
May 14, 2021
An old, dear friend with a great sense of humor. Knowing him made me a better person. I know that I’ll see him smiling in the midnight sky.
Bob Hammerle
Friend
May 7, 2021
We loved Roger. What a great guy. In the hunting camp and otherwise.
Rob and Mary Kasulaitis
May 7, 2021
Judge Duncan, married me 13 years ago he was so nervous it was so sweet. he did this favor for me because i worked with him for many years as his court clerk at the pima county jail. I have noting but great memories of him and his many ties he kept in the back of his truck and his journal that he wrote in every day. Judge Duncan talked about moving to Scottsdale to be with his grand kids, his face would lite up talking about his children and grand children. I always kept him in my hart and he will be missed.
marisol wiggins
May 6, 2021
I met Roger when he was a deputy prosecutor in Indianapolis. That smile in his photo was always on his face. After he moved to Arizona, we were all on a golf trip and he came out to meet us. Of course, he had that smile. In a phrase, he was truly a gentle man who lived a full life. I know of no one person who had met him who wouldn't agree with that. Rest in peace.
Steve Allen
Friend
May 6, 2021
Roger and I have been friends since high school. Although I did not keep in as close of touch as I would have liked, I was hoping to see him at our upcoming class reunion.
Preston Breunig
Classmate
May 6, 2021
I worked as a Federal Probation Officer during the time Roger was an Assistant U.S. Attorney in Tucson. He appeared in Court in many of my probation and supervised release violation hearings and I found myself always happy to have him at my side for these proceedings. He was a good advocate for our Department and me in particular. I admired Roger's character,personality, and professionalism. A true gentleman.
Tim Kavaney
May 5, 2021
He was a wonderful, smart, caring and very funny person. I was privileged to work with him at superior court. My condolences.
Lori Jones
Coworker
May 4, 2021
Roger and I have been friends since freshman year at SHS. One truly nice guy. Roger will be missed.
Bill Faucett
Friend
May 3, 2021
I haven't seen Roger since we were neighbors in Bloomington in 1964/1965. I remember him as described - a truly gentle man. I'm truly sorry I wasn't able to stay in touch.
Jack Crane
Friend
May 3, 2021