FUNERAL HOME
Adair Funeral Homes - Dodge Chapel
1050 N. Dodge Blvd
Tucson, AZ
Thomas "Tom" Kraemer Lundy 77, passed away June 2, 2011, quietly in his sleep. He was born October 29, 1933 in Ponca City, Oklahoma to Leslie and Marie Lundy. He married Emma Leyva Duarte of Mexico on December 23, 1961. Tom served in the Army from 1954 to 1956. He attended Kansas State University and became a math and physics teacher. He lived in Tucson since 1962. Tom was a teacher and a wrestling coach for many years at Tucson High School. He continued "working" after retirement, tirelessly teaching his four grandchildren the many lessons of life and having fun. A devoted husband, father, grandfather and friend to many. He was always willing to help out neighbors and friends with his vast expertise on fixing just about anything imaginable. His many interests included radio-controlled airplane building and flying, collecting comic books, reading and spending time with his grandchildren. He is survived by his wife, Emma Lundy; daughters, Ellen, Cindy and his four grandchildren, Emma, Audrey, Nate and Lily; sister, Pat. A brief Service will be held at the Southern Arizona Veteran's Memorial Cemetery on Friday, June 24, 2011 at 11:00 a.m. Visitation at the family home from 3:00 p.m. - 6:00 p.m. Arrangements by ADAIR FUNERAL HOMES, Dodge Chapel.

Published by Arizona Daily Star on Jun. 19, 2011.
To plant trees in memory, please visit the Sympathy Store.
MEMORIAL EVENTS
To offer your sympathy during this difficult time, you can now have memorial trees planted in a National Forest in memory of your loved one.
Funeral services provided by:
Adair Funeral Homes - Dodge Chapel
MAKE A DONATION
MEMORIES & CONDOLENCES
18 Entries
I just read all the messages from so many people. Thanks to each and everyone for such caring and thoughful words. My dad was such a wonderful person in so many ways. He was the best dad and tata ever! If there could be saints on earth, then he would have been one. I miss you dad!
December 30, 2011
All my brothers wrestled for coach bluball.My freshman year for Ron clinton and soon went to the olympics. Couch Lunday was a ray of light for us. Thought of him often.As he is a loss to so his to all who wrested for him. Will miss him and loved him as a couch. Lord bless you. Rene delaGarza class of 1971
June 30, 2011 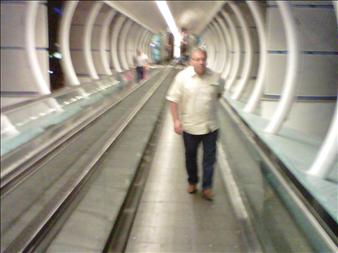 Coach Lundy always had some forward thinking to share. If it was life, school, or coaching. He made me think, ponder, and challenged my intentions. My prays are for those close to him, to be comforted by God, that Gods angels surround them comfort them and bless them. Thank You Lord for allow me to meet this man in my life. Raymond Juvera
Raymond Juvera
June 25, 2011
I am a graduate of THS, class of 1977. Coach Lundy was an inspiration to so many students in countless ways, me included. The world is indeed a sadder place without him. My prayers go to the entire Lundy family. Godspeed Coach. Rafael Gallego
June 24, 2011
I've often thought about Mr. Lundy since I left THS. Wrestling was one of my major joys in high school. He also taught me physics and the physics of sight was one of the first subjects that led me to become an Optometrist today. He was not only a teacher but an inspirer.
Dr. Richard Nevins
June 23, 2011
Dear Lundy Family,
Our sincere condolences for your loss. Mr. Lundy was my earth science teacher and a wonderful wrestling coach. We will always remember him! Sincerely, Becky Romero Watson, THS Class of 1983
Becky Watson
June 23, 2011
I had the honor to teach and coach with Tom. He was a caring, encouraging, and outstanding teacher/coach/colleague. My condolences to his family along with my heartfelt "thanks" for sharing him with us.
Dr. J. Edmund Hughes (Mesa, AZ)
Dr. J. Edmund Hughes
June 23, 2011
Cindy, Ellen & family - sorry for your loss.
Rhonda (Myers) Draper
June 21, 2011
Dear Lundy Family, heartfelt prayers are being sent your way in the hope that they may bring some comfort to you all in your time of sorrow. I remember Mr. Lundy as our wrestling coach at Tucson High and learned many life lessons on the mat through his mentoring, training and teaching. Mr. Lundy . . . you will truly be missed! Greg Pacheco, THS Class of 1984
Greg Pacheco
June 21, 2011
Mr. Lundy was my wrestling coach and my science teacher at THS. I will always remember his smile, and, his caring personality. I know he made a positive impact to many, many young people's lives. We'll miss you Mr. Lundy!
Moses Jung
June 20, 2011
My condolences to my childhood friend, Ellen, and her family during this very difficult time. My prayers are with all of you.
Renee Clark
June 20, 2011
Mr. Lundy as a coach and teacher was exemplary. He also showed a father's patience with many of us students at Tucson High. I so appreciated that he made the matmaids feel a part of the wrestling team. At times he even treated us like daughters. Mrs. Lundy and girls, thank you for sharing your husband and father with so many people. It is an honor to have known him. I am so sorry for your loss and I will keep you all in my prayers.
Darcy Quinlan Meyer
June 20, 2011
Rest in Peace Mr. Lundy. Good things were always said of you at THS.
Kharmyn Guzman
June 20, 2011
Mr. Lundy was a Physical Education Teacher at Mansfeld Jr. High when I first encountered him. We went thru high school at Tucson High for four years and he was not only a teacher and coach, he was a mentor to so many young men and women. He had his hands in baseball...I remember one summer American Legion team that went to Phoenix and Mr. Lundy coached alongside THS alum Mike Odum. Whatever sport needed help, Mr. Lundy was there to help out...he had a fabulous sense of humour...and he had a way of communicating with students that was soft and simple yet,fun. I have many wonderful sports-associated memories of Mr. Lundy throughout my high school days from 1973-1977. He always wore shorts and those white sports shoes and was SO tan. He gave so much to so many....and I am a much better person for knowing him.
Cindy Salonic
June 19, 2011
I WAS VERY SADDENED TO HEAR THAT MR. LUNDY HAD PASSED. I HAD THE OPPORTUNITY TO WORK WITH HIM AT TUCSON HIGH MANY YEARS AGO.HE WAS A VERY HARD WORKER AND VERY DEDICATED TO HIS STUDENTS.EVEN THOUGH I HAVE NOT SEEN HIM FOR AWHILE, I OFTEN THINK OF HIM.I AM HONORED TO SAY THAT I KNEW HIM AND MY PRAYERS GO OUT TO ALL HIS FAMILY MEMBERS AND LOVED ONES HE HAS LEFT BEHIND.UNTIL WE MEET AGAIN.
Jeri Montano
June 19, 2011
Mr. Lundy was my wrestling coach at Tucson High. He was an exceptional teacher and coach.
Michael Acosta
June 19, 2011
Mr. Lundy was my high school wrestling coach from 1981 to 1984 at Tucson High School. Looking back at that time, I remember that Mr. Lundy was a patient and devoted teacher who had a genuine interest in the wellbeing of his wrestlers. I know that many of my teammates and classmates are now successful because of what Mr. Lundy instilled in us. To the family of Coach Lundy, know that he did make a difference.