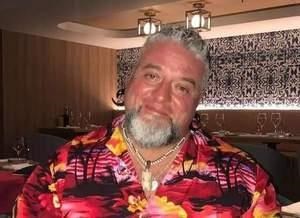 Jonathan was born on October 15, 1974 in San Gabriel, CA, to John Drake and Judy Drake (Sandrini). The family moved to Oklahoma in 1976. Jonathan graduated from Fort Gibson High School in 1992, where he enjoyed playing football and soccer. After high school he attended Northeastern State University in Tahlequah, OK, where he earned a Bachelor of Arts degree.

Jonathan began working for AT&T in 2003. He was a hard worker and received several promotions. His bosses would tell him to "Slow down, you are making the other employees look bad!"

Jonathan and Mandy first met in 1992, then later reconnected in 2001 and were married in 2002, having enjoyed 19 years together. Together they had two children, Alexandria and Sebastian. They loved to travel, go to concerts, watch movies and eat out at various restaurants. Jonathan also enjoyed cooking for his family and friends. Jonathan was passionate about riding and working on motorcycles with Sebastian. He also attended all of Alexandria's soccer games and never missed a moment to step in as "Poppa Bear" (As Alex called him) to protect the team. Jonathan loved his family and was truly devoted to them. He had many, many friends that he loved and was always willing to help anyone. The love he showered over his family and friends was a reflection of his love for Jesus.

He was preceded in death by his father, John Drake and his grandmother, Jewell Humble.

Jonathan is survived by his wife, Mandy; his daughter, Alexandria; his son, Sebastian; his mother, Judy Drake; brother, Josh (Shelley) Drake; mother-in-law, Linda; father-in-law, Bill Hensley and wife, Barbara; his sister-in-laws, Rebecca and Laura; Rebecca and Josh's children, Georgia, Gracie, Gabby and Will; as well as a whole host of friends. He will be missed by all who knew him, but take comfort in knowing that he knew Jesus Christ as his personal savior and is now riding his motorcycle in Heaven.

"For God so loved the world, that he gave his only begotten Son, that whosoever believeth in him should not perish, but have eternal life." -- John 3:16

Arrangements have been entrusted to Schaudt Funeral Service. Friends and family may leave condolences and kind words of comfort at 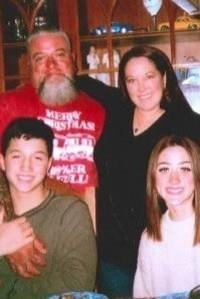