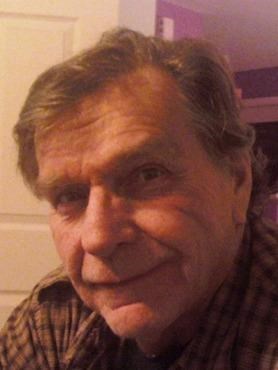 He worked as an industrial engineer at several large manufacturing companies in New Hampshire and Illinois.

Ed maintained his independence after a severe stroke and lived in his own apartment for 4 years.

Despite his illness, he felt he had 75 good years of life.

A Mass of Christian burial will be celebrated on Friday at 10 a.m. in St. Anthony Church, Belmont St. Committal prayers will follow in Mt. Calvary Cemetery.

For more information and an online guestbook, please visitwww.bouffordfuneralhome.com.

Published by Union Leader on Jun. 7, 2017.
To plant trees in memory, please visit the Sympathy Store.
MEMORIAL EVENTS
To offer your sympathy during this difficult time, you can now have memorial trees planted in a National Forest in memory of your loved one.
Funeral services provided by:
J.N. Boufford & Sons Funeral Home - Manchester
MAKE A DONATION
Please consider a donation as requested by the family.
MEMORIES & CONDOLENCES
3 Entries
As the days and weeks pass, and as you return to life's routine, may you continue to feel comforted by the love and support of family and friends.
Felix and Nancy Rousseau
June 8, 2017
ED was a classmate and friend. My deepest condolences and wishes for peace are extended to the entire family.
Lorraine Young
June 7, 2017
Ed was a real good friend of mine since High School. I visited him last summer while in NH and my heart goes out to him and his family. What some people have to endure is hard to believe, and yet thru it all Ed kept his head up high. I will always remember Ed as a very strong and upright spirit whom I had great admiration for. May he rest in peace. Blessings, -Ernie Riedel
Ernest Riedel
June 7, 2017
Showing 1 - 3 of 3 results