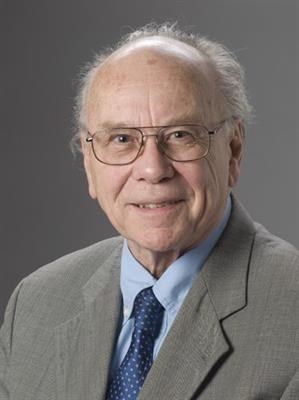 Dr. Straus was born in New York City on June 18, 1926 to Samuel and Kathleen (Miller) Straus. He is survived by his wife, Dorothy Dunn Straus, his children by a previous marriage, Carol Straus and Dr. John Straus, his step-children David Dunn and wife Kathy, Lisa Dunn, Thomas Dunn and wife Linda, and many grandchildren and great-grandchildren.

He devoted much of his later career to the study of spanking and corporal punishment, accumulating evidence that spanking was associated with increased subsequent aggression among children and reduced warmth between them and their parents, among other negative side effects. He was an energetic and prolific scholar, authoring a total of 15 books and hundreds of scholarly articles. Among the most widely cited were Behind Closed Doors and Beating the Devil Out of Them. He was known as a warm and engaging person, who enjoyed collaborating with colleagues and supervising students. He extensively traveled the world exploring the differing cultures on his many adventures. He was devoted to the work carried on at the Family Research Laboratory, UNH, 125 McConnell Hall, 15 Academic Way, Durham, NH 03824 where contributions may be made in lieu of flowers.

Services are private A public remembrance will be scheduled at a later date. To sign an online guestbook, visit www.purdyfuneralservice.com

Published by Union Leader on May 17, 2016.
To plant trees in memory, please visit the Sympathy Store.
MEMORIAL EVENTS
To offer your sympathy during this difficult time, you can now have memorial trees planted in a National Forest in memory of your loved one.
Funeral services provided by:
Wiggin-Purdy-McCooey-Dion Funeral Home
MAKE A DONATION
MEMORIES & CONDOLENCES
32 Entries 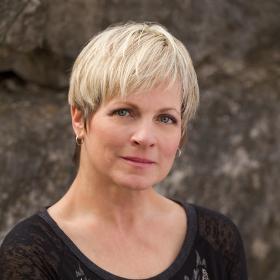 I a shocked and saddened to see the loss of Dr. Straus who was a great man and colleague. His research on violence prevention made him a leader in this field and also was a flag bearer for prevention of violence and corporal punishment in children. His research with other Universities was key in identifying so much needed information for prevention of violence in all walks of life. What a kind and generous man who will be missed greatly.
Cynthia Lanier
May 26, 2016
Because of Dr. Straus' research on domestic violence, families are closer to being peaceful domains. Thank you, Dr. Straus.
May 21, 2016
Friend. Mentor. Trusted Colleague. Advisor. Gentle. Kind. We talked last year on the phone. He was as spry and involved as ever. I owe him a great debt. There is no doubt that without his help my first book would never have been published. My condolences to his family and all who knew him. The legacy of his great work will continue.
Philip W. cook
May 19, 2016
Dear Dr. Straus,
Thank you for your hard work and dedication. Your research will continue to make the world a better place.
Adam M
May 19, 2016
My condolences to Murray's family. He was a beloved and loyal NCFR member for many years and contributed so much as President, Program chair, and Editor of JMF over the years. He will be missed by many. Mary Jo Czaplewski, Emeritus Executive Director, NCFR
May 18, 2016
The truth is hard to find in politically fraught areas. The courarge to speak the truth while standing almost alone is a beacon for all of us. We are richer for his life and send wholehearted condolences to his family.
Edward Stephens, MD
May 18, 2016 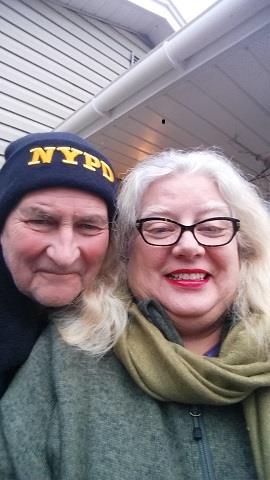 Such a loss. We appreciate what Dr. Straus has done for the Fathers'Rights movement.

All the best to the family.
Connie Brauer
May 18, 2016
A great researcher, who stood up for the truth about domestic abuse.
Charlie Hurd
May 18, 2016
Deeply sorry to hear this news. Dr Straus gave us new ways of understanding the issue of family violence. My thoughts are with his family and friends.
Nick Woodall
May 18, 2016
Dr. Murray Straus's death is a great loss of a global pioneer in the field of family violence but his valuable contributions will be a beacon to continue advocating to stop family violence . My deepest consolation to his family and friends .
Aisha Saeed
May 18, 2016
Great loss of a sociologist , society needs his calibre more than ever now. RIP Dr, Strauss,
Joseph Frankel
May 18, 2016
My heart sank when I saw that Dr. Straus died. I had the honor of meeting him at the conference about battered men in Los Angeles in 2006. Rest in peace, Dr. Straus.
May 18, 2016
A Follower of his work indirectly via Erin Pizzey and the NCFM, thank you Prof Strauss for all that you have done to shed light on the non gendered issue that is family and relationship violence.

May you glitter brightly amidst the celestial hosts in the starry night sky.

#Student Psychotherapist, UK
S Lau
May 17, 2016
Always a beacon in this field, that can often be marked with darkness... Your tireless efforts will be missed. RIP...
Christina Rodriguez
May 17, 2016
Dr. Strauss was always welcoming and willing to share his wisdom. His contribution of knowledge will live on forever.
Dorothy Anderson
May 17, 2016
Dr. Strauss was always welcoming and willing to share his wisdom. His contribution of knowledge will live on forever.
Dorothy Anderson
May 17, 2016
Murray Straus was my rock star. Such an inspiration and such a leader in the field. He will be missed but forever remembered, and his legacy will live on.
Brigitte Vittrup
May 17, 2016
Dear Family,
I cannot express my sadness at learning this news. Murray was so kind to me! He was a big wig (he thought it was quite funny that I called him this - because he was humble as well as caring) in the field and so generous with his brilliance. I feel so blessed to have known him. He will be missed by me and so many others. We can only thank him for all he has left us and honor his most precious life for all.
Peace,
Madeleine Y. Gomez, Ph.D.
May 17, 2016
What a great loss. I feel honored for having the privilege of meeting such relevant researcher and generous man.
Lucia Williams
May 17, 2016
A prolific and important social science researcher; a kind and caring man. All of us who were befriended by Murray love and honor him.
Nadine Block
May 17, 2016
We have lost a giant and someone who has responded with unfailing courtesy and great kindness whenever I have emailed him my questions from South Africa. Thank you for blazing the trail you did. We shall all miss you
Carol Bower
May 17, 2016
Murray was a pioneer in the field of family violence and generously nurtured the careers of so many. A warm, wise and wonderful man who will be missed by many.
Howard Dubowitz
May 17, 2016
A major loss to the field. Rest in peace Murray.
Eric Dubow
May 17, 2016
A great contributor
David Chadwick
May 17, 2016
Murray Straus was one of the great ones. His insight and research into corporal punishment of children as not only brutality in itself, but also as instrumental in producing a more violent community, has led the way toward a humane world.
Susan Bitensky
May 17, 2016
We (Thomas Gordon's company) share/shared his passion to end corporal punishment. We are deeply sorry for the loss of Dr. Straus. He was passionate and dedicated and he shall be missed.
Michelle Adams
May 17, 2016
My sincere condolences to the family of Dr. Murray Straus. His work and influence will continue to affect the lives of children, families, policy-makers, academics, researchers and students for many years to come. I had the privilege of hearing him speak just a few years ago, after citing and incorporating his work for so many years. It was so inspiring to see and hear him in person.
Christine Ateah
May 17, 2016
Murray changed the world. He made everyday violence visible. His work has influenced generations of scholars and advocates. And he was one of the sweetest people I have ever known. Thank you, Murray, for all you have done to make the world a more peaceful, loving place. And for your friendship through the years.
Joan Durrant
May 17, 2016
In the field of child protection, no star shined brighter than that of Murray Strauss. Murray's courage in telling the truth about the dangers of hitting children as a means of discipline paved the way for the rest of us. Corporal punishment is declining rapidly around the world--and much of the credit goes to Murray Strauss.
Victor Vieth
May 17, 2016 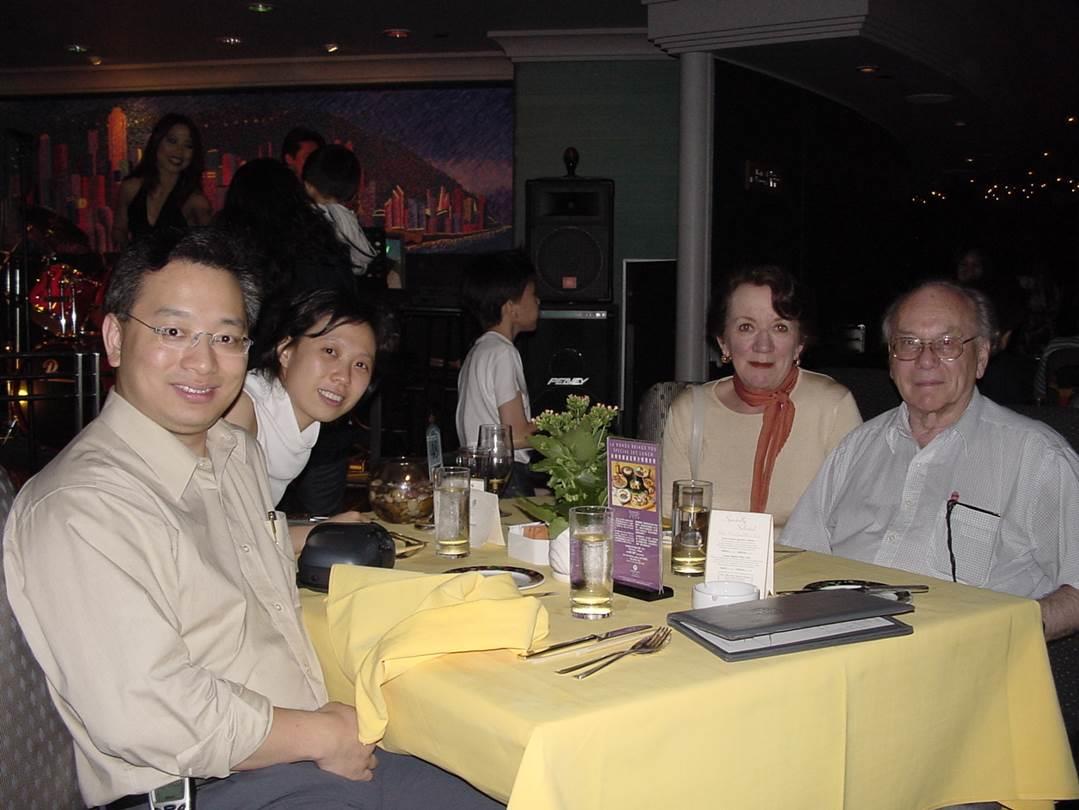 My deep condolences!
Dear Murray, I met you at the beginning of my academic career 17 years ago, at the FRL conference. That's one of the most grateful life adventures having you as my mentor. Our work in IDV has been providing me a valuable learning experience. The picture I share was the one you and Dorothy dined with me and Janice at the revolving restaurant in 2001, Hong Kong. Thank you for all the support you have given in my academic life. I'll never forget you.
Edward
Edward Chan
May 17, 2016
A visionary and a major influence on so many. His legacy will go on.
Diane DePanfilis
May 17, 2016
I will forever be grateful to Murray for welcoming me to the team at UNH and partnering with me to research corporal punishment internationally, which I continued on my return to Canada. He was such a warm and gentle soul. I am forever grateful for all he taught me. My condolences to his family and colleagues at UNH.
Nanci Burns
May 16, 2016
Showing 1 - 32 of 32 results