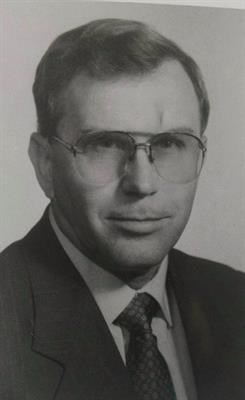 Harlingen - Robert Keith Wetherbee, 79 passed away at his home in Harlingen, Texas on June 27, 2017 following an extended illness. Mr Wetherbee was born in Fairmount, North Dakota to his parents Mildred and Donald Wetherbee, both of whom preceded him in death as did an older sister Jeanne.

Mr. Wetherbee attended Fairmount Public Schools,and North Dakota State University where he earned a degree in Agronomy. He farmed in the Fairmount area until his retirement. Mr. Wetherbee was active in the National Association of Conservation Districts for over 15 years, holding both local, state and national offices. He served as President of the organization for four years and was instrumental in the passages of important agricultural legislation during that time.

Mr. Wetherbee is survived by his wife, Mary, his son Steven (Kim) one grandson, Thomas Wetherbee, his sister, Joyce Johnson, and his brother Jerry Wetherbee.

We are so sorry to hear about Bob.
You are so lucky to have fond, sweet and loving memories to comfort you during this difficult time. He was one of the nicest people we have every met.
Ken/Dawn Chatham
July 2, 2017
Thanks Bob and Mary for lots of wonderful memories. Mary I am so sorry for your loss it's for sure it isn't easy. Just take it a day and time don't look to far down the road as it will seem overwhelming. I think of you lots and miss you. Hope things will ease up now.
Loving, Glenna
Glenna Morgan
June 30, 2017
I am sorry for your loss. May the God of comfort be with you during your time of mourning. Isaiah 61:1,2 ; Matthew 5:4
June 29, 2017
Showing 1 - 3 of 3 results