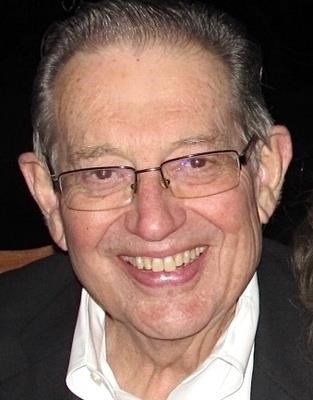 Ventura - Thomas Edward Hopps, 77, passed away in the early morning hours of Friday, April 24, 2020 in Ventura, California. Tom was surrounded by his loving family and went peacefully at his favorite time of day, coffee-time. Tom was born in Alhambra, CA on May 10, 1942, and moved to Ridgecrest at an early age. He spent his youth enjoying the wonders of the desert, as well as working in his father's sheet metal shop. Tom attributed much of his work ethic and leadership skills to those early years, when, as a teenager, he learned how to fix almost anything and also gained experience managing worksite personnel for his father. After graduating from Burroughs High School in Ridgecrest, Tom attended Cal State Long Beach, receiving his B.S. degree in geology in 1969.

During college, Tom worked part-time for Signal Oil and Gas Company, where he cemented his education and learned some important lessons about oil company life, including discovering his meticulous talent for drafting. After graduating, Tom became a field geologist for the Burlington Northern Railroad in Montana. It was during this time that Tom was locked into love by the woman who would change his life — Lydia. The two were married in 1971 at the Biltmore in Montecito, CA and they settled just down the road in Ventura — their home for the next six decades.

In Ventura, Tom began working for Argo Petroleum, where he became familiar with nearly all the geologic basins of California.

His experience at Argo helped him launch his own consulting business in 1979, which led Tom and Lydia to form Rancho Energy Consultants, Inc., in 1982, when Tom's real adventure in the Oil Industry began! Tom became the resident geological expert of the Ventura Basin, and his Ventura Basin Study Group maps and cross sections are the quintessential foundation for the area. Tom's work in the Ventura Basin forms the foundation for all who venture there.

In the geological community, Tom was revered as a mentor to many and a friend to all. Even with his considerable knowledge, Tom still loved learning, from those around him as well as from the earth below. Tom was a philanthropist to many local charitable organizations and served as President for the Pacific Section of the American Association of Petroleum Geologists.

Tom was both a go-getter, and a dreamer, and he had the perseverance to turn those dreams into reality. Although the dreams never stopped, Tom had a gift for being present in the moment — appreciating his accomplishments and those of others, as well as those of mother nature. In recent years, Tom tackled the art of cooking, where his passion for perfection led him to dream up world-class meals and perfect cups of coffee. He enjoyed creating unrivaled tastes in the kitchen, and his meals became a focal point around which family and friends would gather for love and laughter. Tom was a people-person at heart... He was kind-hearted and generous, and always knew how to make a person smile, even when times were down. Those whom he touched are lucky to have his bright spirit, forever running through them. He will be missed by all who knew him, and he will be remembered by all those who will benefit from his legacy.

Tom is survived by his wife, Lydia, their sons, Ben and Daniel, daughter-in-law, Sandra, and two grandchildren, Phoebe and Jake. Tom also leaves behind his brother, Robert Hopps.

In lieu of flowers, the family requests that gifts be made inTom's memory to any of the following organizations: Community Memorial Healthcare Foundation Donations can be made online at cmhfventura.org or call (805) 948-2881.

Casa Pacifica Donations can be made online at www.casapacifi-ca.org or mailed to 1722 S. Lewis Rd. Camarillo CA 93012.


Published by Ventura County Star from May 1 to May 3, 2020.
To plant trees in memory, please visit the Sympathy Store.
MEMORIAL EVENTS
To offer your sympathy during this difficult time, you can now have memorial trees planted in a National Forest in memory of your loved one.
Funeral services provided by:
Joseph P. Reardon Funeral Home & Cremation Service
MAKE A DONATION
MEMORIES & CONDOLENCES
Sponsored by Joseph P. Reardon Funeral Home & Cremation Service.
10 Entries
It's hard to believe it has been a year since Tom passed away. What a true friend he was. RIP my old friend.

Dan Pasquini
Friend
April 25, 2021
Tom was a great guy. He saved my career as a geologist when he took me into work with him in Fillmore. May he rest in peace. My deepest sympathy to Lydia and family.
Dan Pasquini
Friend
May 9, 2020
Tom led a wonderful life. I admired him greatly, both for his kind and patient personality and the great legacy of geologic contributions he has given us. We will miss him.
Stuart Gordon
Coworker
May 7, 2020
Tom was indeed a gentleman and kind spirit. Bountiful enthusiasm and curiosity for the oil business and certainly a terrific contributor to our industry. He will indeed be missed.
Thomas Howard
Friend
May 7, 2020
Tom was an incredibly kind and generous man who always was willing to help and share his vast professional knowledge. His presence will be deeply missed by those that have come to know and respect him.
Gary
Acquaintance
May 6, 2020
WE HAVE NEVER MET A KINDER OR MORE LOVING MAN. IT WAS OUR GREAT HONOR TO BE HIS FRIEND. TOM HAD A WONDERFUL WIT BUT MOST OF ALL TOM WAS A VERY WISE MAN. WHEN TALKING TO TOM YOU KNEW THE BREADTH OF HIS INTELLIGENCE ON MANY SUBJECTS. WHEN TOM SHINED THE MOST WAS TALKING ABOUT LYDIA AND HIS FAMILY. HE WAS SO VERY PROUD OF BEN AND DANIEL.TOM DID SHINE WHEN TALKING ABOUT PHOEBE AND JAKE THEY CAPTURED HIS HEART.OUR DEAREST FRIEND TOM YOU WILL ALWAYS BE IN OUR HEARTS.SENDING LOVE DON AND BONNIE
May 5, 2020
I am so sorry to hear of Toms passing. He will be missed by many in the geological community here in California. He was always a gentleman, helping me out several times when I was in grad school. Years later, I enjoyed working on projects with him and seeing him at geological meetings in Long Beach, Ventura, and Bakersfield. Tom will be remembered fondly.
Greg Gordon
Friend
May 4, 2020
Lydia. I'm so sorry to hear about Tom. Rick and Linda told me about it the other day. Great memories of Tom. It was such a great time when Brian was able to jam with the guys years ago at your place. Deepest sympathy to you and the boys.
Robin Hollanf
May 3, 2020
Dear Lydia and Family,
Please accept my deepest condolences on your loss. Tom was an exceptional person; always with a gentle smile. Very often he would be on the treadmill beside me at The Pierpont Club, and we would yak as we walked!! He will be sorely missed by ALL who knew him.
Janet Goldenson
May 3, 2020
I am sorry to learn that Tom has died.

Many of my morning workouts at the Pierpont gym included a chat with Tom. He was an upbeat and thought-provoking fellow. I enjoyed the meetings with him, and appreciated his insights and kind wishes.

My condolences are for his family for Tom's passing.