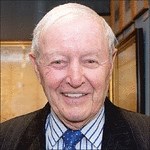 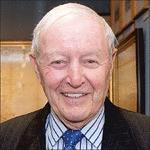 Published by The Washington Post from Oct. 5 to Oct. 10, 2021.
To plant trees in memory, please visit the Sympathy Store.
MEMORIAL EVENTS
Oct
6
Graveside service
MD
Funeral services provided by:
Sagel Bloomfield Danzansky Goldberg Funeral Care, Inc.
MAKE A DONATION
MEMORIES & CONDOLENCES
9 Entries
Sending sympathy. My father Jacob knew Mr Small at UVA.
Susan Berkson
October 16, 2021
My sincere condolences to the family and friends of Albert Small. During the course of my 40 plus years in Washington, DC as Cantor and Rabbi, Mr. Small was an enthusiastic and generous supporter of my creative work in opera, symphonies and ballet. He supported my third symphony, 'An American Symphony', especially due to the historic theme of the founding fathers and religious freedom, and more recently my 4th symphony, A Choral Symphony: Halevi. A man to be admired for his strong American and Jewish identity, including his support for the Capitol Jewish Museum and his belief in its mission. He made it known that it was important that the saving of the 19th century Adas Israel building was essential in also generating the saving of 6th and I, and now also generating a new home for the Capitol Jewish Museum. An amazing businessman, and creative thinker interested in education and history, he made an impact on the community for almost a century , and which will likely influence the next hundred years. May the memory of his life continue to inspire his family and friends. May his memory be for a blessing, as his life was a blessing. Rabbi/Cantor Arnold Saltzman
Rabbi/Cantor Arnold Saltzman
October 7, 2021
Dear Sonny, I was so sorry to hear about the passing of your distinguished father. I remember fondly working with him on Israel Bonds and various building projects like Park Somerset. He was always very friendly and warm. Please accept my sincere condolences to you and your family. Sincerely, Zivan Cohen
Zivan Cohen
October 6, 2021
Albert Small was a great friend to the University of Virginia, and his influence extended to many parts of UVA. I personally was grateful for his friendship.
Teresa A. Sullivan
Other
October 6, 2021
He was a great man in every sense of the word. I'm proud to have called him a friend
Lawrence P. Mann
Friend
October 6, 2021
My thoughts and prayers to Mr. Small's family. Mr. Small's work has touched the lives of thousands if not millions of people. Though he is no longer with us, he will be remembered forever by the lives that he blessed. Thank you for all that you have done. - Gary Morris - Former Head Teacher - Albert H. Small Normandy Institute.
Gary Morris
Other
October 5, 2021
RIP AL.
Frank Titus
Friend
October 5, 2021
Albert did much for the Community and it was my pleasure to know and work with Al over the years. My thoughts and prayers are with his family
Laurence Levitan
Friend
October 5, 2021
Dear Family, I´m sending my love and heartfelt condolences to each of you. Much Love, Shelley Mulitz
Shelley Mulitz
October 5, 2021
Showing 1 - 9 of 9 results