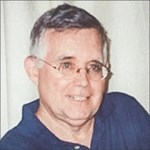 FUNERAL HOME
DeVol Funeral Home - Gaithersburg
10 East Deer Park Drive
Gaithersburg, MD
ANDERSON Allan Anderson, Jr. (Age 75) "Andy" Of Montgomery Village, MD passed away on October 13, 2021, at Shady Grove Adventist Hospital from heart disease. He is survived by his beloved wife of 41 years, Margaret Anderson. Allan was of the Catholic faith. Andy was born September 21, 1946, in Marlborough, MA and moved to Bethesda, MD at the age of six. Growing up, Andy formed many fond childhood memories centered around the Bethesda community. He attended Archbishop John Carroll High School in Washington, DC, where he developed lifelong friendships, won the Library Club award, and graduated in 1964. Recently, he reunited with several classmates to help organize the 50th class reunion. Allan attended the University of Maryland at College Park, and simultaneously worked part-time at the Davis Library in Bethesda. He graduated in 1968 with a B.S. in Economics. He was a lifelong Terrapins football fan and a season ticket holder for many years. After graduation he worked as an Economist at the Federal Power Commission (FPC) and attended George Washington University Law School at night. While at the Commission and during law school, he was drafted into the U.S. Army. Primarily stationed in Fox, AK, via Fort Lewis, he served from 1969 to 1971. In 1971, Andy returned to his hometown of Bethesda and worked full-time at the Commission and continued night classes at GW Law School. He graduated with a Juris Doctor degree in 1974, and was promoted to a trial attorney at the FPC. He was a memberof the Maryland and District of Columbia bars. In 1978 he went into private practice at Flood and Ward P.C. and in 1990 was admitted to practice before the United States Supreme Court. In 1999 he opened his own solo practice representing clients before the Federal Energy Regulatory Commission, Department of Energy, and the U.S. Court of Appeals. He was successful in his career and family life. Andy had the joy of being the oldest of six siblings, predeceased by Richard Anderson and survived by David Anderson and wife Patty of Ocean City, MD, Marilyn Anderson and husband William Kyburz of Vienna, VA, and John and Susan Anderson of Montgomery Village. He held the title of Emcee of Presents during family gatherings on Christmas morning, keeping his siblings in line. Andy centered his adult life around his devotion to service and Catholic faith. He and his wife Margaret were married at St. Rose of Lima Catholic church where he served as an usher for over 40 years. Allan and Margaret raised three children, Thomas, married to Hollie Shaivitz of Chicago, IL; Mary McCullough, married to Joshua McCullough of Harpers Ferry, WV; and Ellen Anderson of Davis, CA. All his children were involved in competitive swimming for over 20 years. Andy served as a swim team official and parent representative in the Montgomery County Swim League (MCSL), YMCA, and USA Swimming leagues. He was awarded the Iona Brown award for service, dedication, and sportsmanship to the Montgomery County Swim League. Andy was brought much joy and is survived by his grandchildren Robert and William McCullough of Harpers Ferry, WV and Oliver and Sydney Anderson of Chicago, IL. Andy encouraged all by his example to be steadfast in faith and do all works with a goodness of heart. The family will hold visitation at DeVol Funeral Home, 10 East Deer Park Drive, Gaithersburg, MD from 2 to 4 p.m. on Wednesday, October 20. A Mass of Christian Burial will be held on Thursday October 21, at 11 a.m. at St. Rose of Lima Parish, 11701 Clopper Rd. Gaithersburg, MD 20878. In lieu of flowers, donations may be made to Archbishop Carroll High School in Washington, DC (In Memory of: Allan W. Anderson Jr., Class of 1964). Please sign the guestbook at www.devolfuneralhome.comwww.devolfuneralhome.com
Published by The Washington Post on Oct. 17, 2021.
To plant trees in memory, please visit the Sympathy Store.
MEMORIAL EVENTS
Oct
20
Visitation
2:00p.m. - 4:00p.m.
DeVol Funeral Home - Gaithersburg
10 East Deer Park Drive, Gaithersburg, MD
Oct
21
Mass of Christian Burial
11:00a.m.
St. Rose of Lima Parish
11701 Clopper Rd, Gaithersburg, MD
Funeral services provided by:
DeVol Funeral Home - Gaithersburg
MAKE A DONATION
MEMORIES & CONDOLENCES
3 Entries
Dear Anderson family -- I am so sorry for your loss. I worked with Allan for a few years while I worked at Flood & Ward, first as a paralegal/administrative assistant and then as a junior lawyer. I knew him much longer because he worked for many years with David Ward (my father). I really enjoyed working with and learning from Allan. He was also an important member of the long-standing weekly football pool, in which he last participated just over a week ago. We will miss him.
Elizabeth Ward Whittle
October 18, 2021
May God bless you and your family in this time of sorrow.
Jones family
Other
October 17, 2021
Dear Andersons and especially dear Margie: my most heartfelt condolences on the passing of Andy. Way too soon. May all of you be warmed and comforted by all the memories you share and may he rise in glory and soar with the angels. Much sympathy and love, Meg
Meg Glass
October 17, 2021
Showing 1 - 3 of 3 results