MICHAEL PATRICK CANNON
Michael Patrick Cannon succumbed to his battle with lung cancer at his home in Huntingtown, MD on Tuesday June 24, 2014. He was 64 years old. Mike was born on December 9, 1949 to Vincent Patrick and Margaret Aileen Cannon. He joined the military in 1966 and served two tours in Vietnam as a Specialist First Class in Long Range Reconnaissance Patrol of the 1st Calvary Division, Airborne Rangers. He was honorably discharged as a first private in 1970, and received the following honors: National Defense Service Medal, three Bronze Star Medals (two with "V" device for acts of valor), a Gallantry Cross Ribbon with Palm, and two Purple Hearts. His exposure to Agent Orange during Vietnam caused the cancer that ultimately took his life. He began working at Chopp and Company, Inc. (now Probuild) in Waldorf, MD in the late 1970's and remained until he retired in 2013. In 1970, Mike met Dana Marlene Chopp and they surprised both of their families by eloping just ten months later. They celebrated their 43rd wedding anniversary in 2013. In addition to his wife, Dana, Mike is survived by daughter Mae Elise and son-in-law Richard Roby Fisk, Jr.; daughter Sara Elizabeth and grandson Daniel Lee; daughter Josie Mae and son-in-law Edward Rigney; and son Jeffrey Patrick. He is also survived by all 12 of his brothers and sisters and 49 nieces and nephews. His son Daniel Robert, who passed away on October 28 1978, will meet him in heaven. His loss will be deeply felt by his family, his friends, and the whole southern Maryland community. Visitation will be held at Rausch Funeral Home at 4405 Broomes Island Road, Port Republic, MD between 2 to 4 and 6 to 8 p.m. on Friday June 27 2014. The service will be held on Saturday June 28 2014 at 10 a.m. at Church by the Chesapeake, 3255 Broomes Island Road, Port Republic, MD. Everyone is welcome to attend.

Published by The Washington Post on Jun. 26, 2014.
To plant trees in memory, please visit the Sympathy Store.
MEMORIAL EVENTS
To offer your sympathy during this difficult time, you can now have memorial trees planted in a National Forest in memory of your loved one.
Funeral services provided by:
Rausch Funeral Home
MAKE A DONATION
MEMORIES & CONDOLENCES
8 Entries
I'd only known Mike Cannon for a few months. From our first meeting, he was a delight to be around, and speak with. When he spoke of his life with his family, friends, and his dogs, he glowed with joy. I am grateful for having met such a bright soul. Love and prayers to all of his family and friends.
Becky Hammer
June 27, 2014
Dear Bother and friend, while this is the right path for you, your family and friends will miss you greatly. I am confident, we will meet again and that your memories will inspire, amaze and bring new laughter to our family now and always, your Big Sister Jean
Margaret Jean Cannon
June 26, 2014
Heaven is filling with angels to continue to watch over us as they did while they were with us. Until we meet again my you rest in God's loving arms. We will miss you everyday. My thoughts and prayers go out to the entire Cannon family. Love and kisses to all.
Pam Wilson-Hall
June 26, 2014
To the Cannon family: our love and condolences to all of you. Uncle Mike is loved and will be missed. Mike, Marie, Taylor and Brandon Jackson
Marie Jackson
June 26, 2014 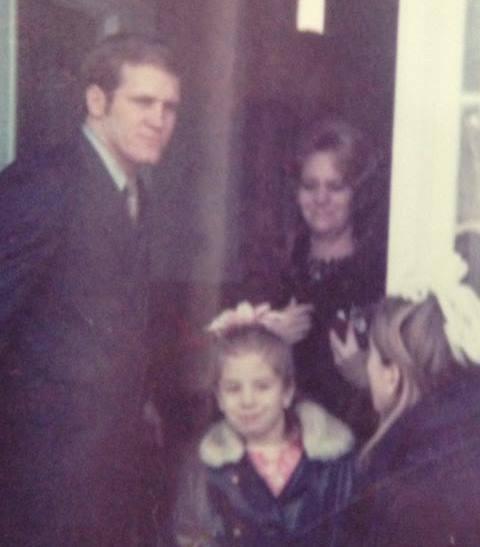 Dana, Mae, Roby, Sara, Danny, Josie, Eddie and Jeffrey-I am holding you all in my prayers. I loved him greatly and was lucky to call him my big brother. At this time I like to look to John 14:2
2 In My Father's house are many dwelling places; if it were not so, I would have told you; for I go to prepare a place for you. 3 If I go and prepare a place for you, I will come again and receive you to Myself, that where I am, there you may be also.
Terri Reese
June 26, 2014
To the Cannon family;
We were so sorry to hear of Mike's passing. Please let us know if there is anything we can do.
Just know that he is at peace and you have a very Special Angel watching over you and the family.
Earl & Sharon Hayward
June 26, 2014
I knew Mike for over 30 years. I watched him deal with a lot of challenges in that time. He was always the first guy up to face a challenge - to deal with a problem. He thought of his own interests last; always trying to be sure everyone else was taken care of. We will miss you, Mike.
Steve Hosea
June 26, 2014
To the Cannon family: