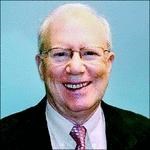 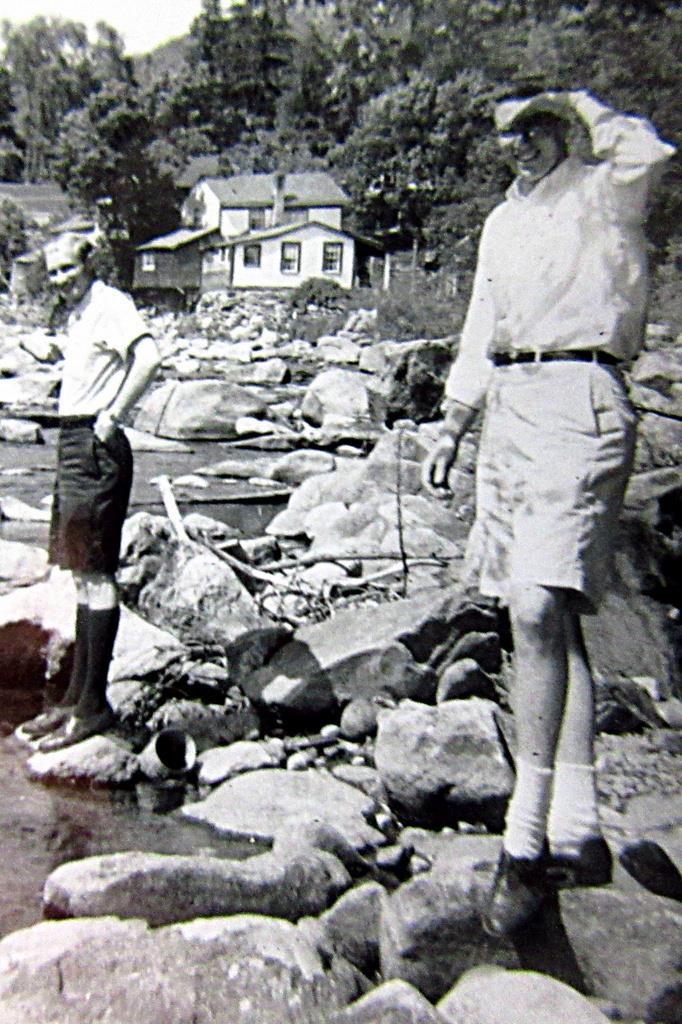 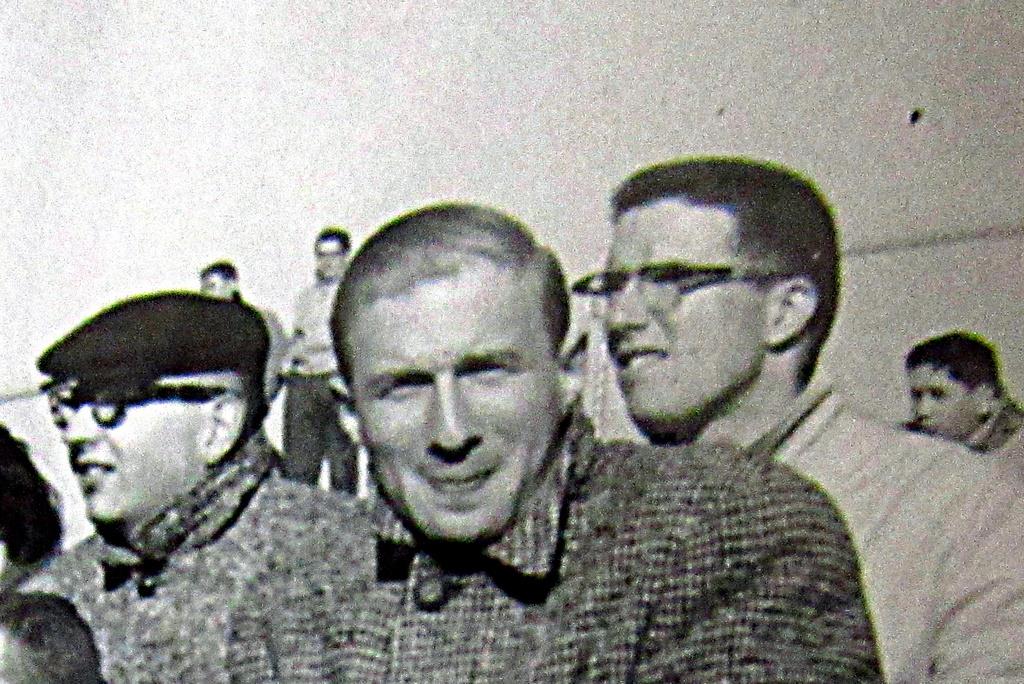 Barbara Resnick
June 23, 2018
Sadly, this information just came to me through a recent AIC publication, Lucent. I worked with Paul in Student Government during our years at AIC and his accomplishments there were an indication of the caring, bright young man he was and of the accomplishments he would eventually achieve. His passing leaves a big hole.
Condolences to his family.
Barbara Resnick AIC '58
Barbara (Salomon) Resnick
June 23, 2018
We are greatly saddened to learn of the loss of Paul. My wife, Rosemary, and I worked for Paul many years ago as staffers at AFMA, and we mourn his passing. He will be missed. Paul was a leader in his profession, a gentleman, and a mentor to many, including us both. Our thoughts and prayers are with Paul's family at this difficult time.
Robert & Rosemary Antoshak
July 9, 2017
Ever since I met Paul in Cozumel, Mexico in 1988, he has been a mentor, supporter and collaborator in all things related to fiber and textiles, especially as they pertained to Mexico. Beyond that, he became a dear and close friend, and frequent luncheon, meeting and travel companion. My great difficulty in coming to terms with his passing gives me some small sense of how profound the loss is to Nancy and his family. My deepest sympathies to his loved ones and to those who loved him so much.
Tom Scanlon
July 5, 2017
Nancy and Family,
Our sincere sympathies to you and your family, very sad to hear of Paul's passing.
The Wrights - Chicopee, MA
July 3, 2017
What a wonderful man, who offered the gift of unconditional friendship. Paul, I truly will miss you very much. My heartfelt condolences to the family.
Stephen Gold
June 14, 2017
Paul will be terribly missed. He was such a caring and loving person. My sympathies to his family. I still cherish a book he gave me ten years ago, one that lifted my spirits during an illness. Somehow he knew exactly what would help me through a difficult time.
Lori Anderson
June 12, 2017
My thoughts and sympathies are with Paul's family during this difficult time. Paul was a very sweet, thoughtful and generous person. I had the privilege to know him through work. He was always the first to offer guidance and friendship. A genuinely good person who will be missed by many.
Robin Wiener
June 12, 2017
I will miss Paul. He was a special guy. It was a privilege to have known him.
Ernie Rosenberg
June 10, 2017
Our deepest sympathy to the family. Paul was always very kind and generous with his words of wisdom to members of the Council of Manufacturing Associations of NAM. Joe and Kristin Thompson, The Association for Hose & Accessories Distribution
Kristin Thompson
June 9, 2017
I will miss Paul. I always looked forward to seeing him at the National Association of Manufacturers conferences for his wit, companionship and guidance. My deepest sympathies for his family and friends.
Charles McGrath
June 9, 2017
RIP Paul. To the O'Day family - Paul was such a great guy one of the really, really good ones. I hold very fond memories. I will never forget Paul's great support and keen participation of our fibres conferences in Singapore and Hong Kong and some fun times we enjoyed in China. My thoughts are with his family and friends.
Simon Garmston
June 8, 2017
Tremendous Loss our prayers with the family associates and friends

You are the best gentleman in humility; It was my treasured time to be with you. Your impact is incredible!

My sincerest condolence to your wife Nancy and all wonderful family members!
Janice Chen
June 6, 2017
I had the good fortune to work with Paul for 30 years in Washington - he was an incredible mentor and such a kind and generous man. We all thought he would live forever because he was so good at it! I am so sorry for your loss. My thoughts and prayers are with you. Jane Johnson
Jane Johnson
June 6, 2017
Paul was a true gentlemen. Our industry has lost a gem whose light will go on shining.
Jim Chesnutt
Chairman/CEO
National Spinning Co., Inc
June 6, 2017
Paul was generous with his time, knowledge and stories. He left an impact on me after just a few calls with him. I'm truly sorry I missed meeting him and learning more about his impressive career. My sincere condolences.
Debbie Kahan
June 6, 2017
I had the privilege of knowing Paul for fifty years. He was my mentor during the early years and played a major role in advancing my government career. Later he became a very good friend -- someone I might see infrequently but always felt a strong bond with when we did get together. He is the one person in my life whom I think of as a true Renaissance man. He is one of the people I know made the world a better place. His passing leaves a huge hole in the lives of his family and many friends. Our sincerest condolences to Nancy and all of the O'Day clan.
Richard Heimlich
June 6, 2017
To the O"Day family,
Paul was one of the finest gentlemen I knew and was a delight. He knowledge was abundant and his curiosity was ceaseless. My deepest sympathy.
Joe McGuire
June 6, 2017
nancy...our love to you and your family. he really was somone special. sue and ed freedman
June 6, 2017
Paul was an inspiration and an example to all who knew him. He had great knowledge and was always willing to share it with humility and encouragement.
The American Fiber Industry has been very fortunate to have Paul as its leader for the last 33 years, he will be greatly missed.
Our thoughts and prayers are with Nancy and the family.
Alasdair Carmichael
Alasdair Carmichael
June 5, 2017
Nancy,
Paul leaves a rich legacy in his family and friends. Please know you are in our thoughts and prayers.
Cindy and Mel Rushing
Cindy Rushing
June 5, 2017
Dear Nancy and family. Please accept our deepest sympathy. Paul was a treasured friend and colleague. He was a gentleman, a man of wide and varied talents, and he shall be greatly missed. Warmest regards, Janet Labuda and Millie Ruby
June 5, 2017
I was very saddened to learn that Paul had passed. Throughout my 40 years in the textile industry, Paul was a confidant and mentor, always encouraging and thoughtful in his advice. I have lost a friend.
Steve Warner
June 5, 2017
Nancy and family, please accept my heart felt condolences. May memories hold you, family and friend comfort you ... thinking of you at this difficult time.
Katherine White
June 5, 2017
Dearest Friend,
I will miss running into you in random spots around the globe and sharing a glass of wine and talking about the latest books we each had read. I was always delighted to walk into a gathering and see your friendly face in the room. Condolences to your family and blessings on a life well-lived.
Elise Shibles
June 5, 2017
To the O'Day Family:

Paul was a renaissance man in the truest sense of the word. It been a privilege work with him on textile policy issues for the past 14 years. The U.S. textile industry will miss Paul dearly.