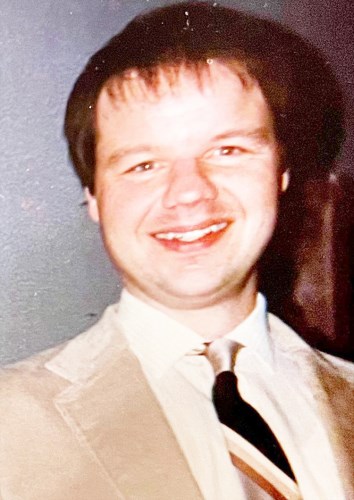 BORN
1959
DIED
2021
FUNERAL HOME
Staab Funeral Home - Springfield
1109 South 5th Street
Springfield, IL
David Thomas Harvatin (Dave), 62, of South Riding, VA passed away on November 25, 2021, at Memorial Medical Center. He was born on February 24, 1959, to Joe and Lucille (Donosky) Harvatin, and they preceded him in death. Dave was raised in Rochester Illinois. Following in his father's footsteps, he attended the University of Illinois College of Engineering, where in 1981 he earned a Bachelor of Science in Electrical Engineering. After graduation, he accepted a position in Casper Wyoming as a field engineer in oil exploration. When the oil boom dried up, Dave moved to Colorado Springs, Colorado to track satellites for Ford Aerospace. While working there, Dave designed the ground communications system for the Space Shuttle program. Dave then took time off work and earned a master's degree and a PhD in electrical engineering from the University of Colorado. Afterward he took a position at the Aerospace Corporation in California, eventually transferring to Northern Virginia in 2007. He helped the Pentagon and CIA create new intelligence capabilities to protect our country and was highly respected in the intelligence community. His job took him to Hawaii, Greenland, London, Thailand and the Seychelle Islands among other places. Dave's interests included snow skiing, photography, current events and rooting for the Cubs. He was a member of the Institute of Electrical and Electronic Engineers. Dave was extremely bright with a heart of gold and a gentle soul. He was a fabulous son, sibling and uncle. All were proud to have him in the family during his life, which was cut short far too early due to a vicious and aggressive cancer of the gall bladder. He is survived by two brothers, James D. (Ellen) Harvatin of Normal, Ted (Monica) Harvatin of Springfield and one sister, Marilyn Sue Harvatin of Springfield, nephew Alex Harvatin and ten step- nieces and nephews. Visitation: 11:30 am – 1:00 pm, Wednesday, December 1, 2021 at Staab Funeral Home – Springfield. Funeral Service: 1:00 pm, Wednesday, December 1, 2021 at Staab Funeral Home – Springfield with Floyd Pierce officiating. Burial will follow at Rochester Cemetery. Memorial donations may be made to the American Cancer Society in lieu of flowers. CDC protocol shall be followed. Share stories & photos at StaabObituary.com Please sign the Guestbook at www.legacy.com/washingtontimes
Published by Washington Times on Nov. 30, 2021.
To plant trees in memory, please visit the Sympathy Store.
MEMORIAL EVENTS
Dec
1
Visitation
11:30a.m. - 1:00p.m.
Staab Funeral Home - Springfield
1109 South 5th Street, Springfield, IL
Dec
1
Funeral service
1:00p.m.
Staab Funeral Home - Springfield
1109 South 5th Street, Springfield, IL
Funeral services provided by:
Staab Funeral Home - Springfield
MAKE A DONATION
Please consider a donation as requested by the family.
MEMORIES & CONDOLENCES
Sponsored by Staab Funeral Home - Springfield.
3 Entries
Dave, We pray you are with the Lord. Thank you for being a great Neighbor and Friend.
David and Chongmi Brett
Friend
December 15, 2021
I had the pleasure of attending high school with him. Such a wonderful guy! Prayers of peace and comfort to all his family as you walk this journey.
Michelle Caldwell
School
November 30, 2021
Condolences to David's family. I pray God give you strength and comfort as you grieve.
Karla Day Klindworth
November 30, 2021
Showing 1 - 3 of 3 results