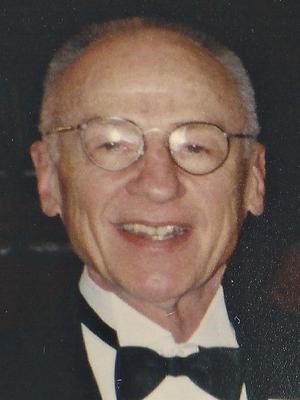 Gordon Lewis Backer was born on August 8, 1929, in Luverne, Minnesota, to Esther and William Duane Backer. He attended grade school, junior and senior high school in Luverne. As a young boy he worked in his father's hardware store, Backer's Hardware. He attended Macalester College in St. Paul, Minnesota, and then medical school at the University of Minnesota. He married Arlene Isaacson in March of 1954 in Litchfield, Minnesota. He was a medical intern in Seattle, Washington, and then served as a Navy flight surgeon in Pensacola, Florida. After his military service, he was a family physician in Little Falls, Minnesota. In 1960, he began an ophthalmology residency at the Mayo Clinic in Rochester, Minnesota. Following completion of his residency in 1963, he and Arlene moved to Wausau, Wisconsin, where he joined ophthalmology practitioner, Dr. Otis Wilson.

In 1965, Gordon and his brother Bill formed the Backer Eye Clinic. Gordon was a fellow of the American College of Surgeons, and he practiced at the Eye Clinic until his retirement in 1995. Today the original practice is known as the Eye Clinic of Wisconsin, which employs more than 100 people, including 17 ophthalmologists and optometrists, and serves patients at six locations: Wausau, Merrill, Antigo, Rhinelander, Medford, and Stevens Point. Gordon was instrumental in driving the geographic growth of the Eye Clinic so that it could provide the highest quality medical services to the largest number of people in the central Wisconsin area. Gordon had a reputation for fairness in dealing with doctors and employees, and he treated and formed relationships with countless numbers of patients in northern Wisconsin. His legacy of selflessness and leadership lives on in the corporate culture of the Eye Clinic of Wisconsin, which named its Wausau clinic "The Backer Building" after Gordon and his brother Bill.

Gordon and Arlene have been members of the First Presbyterian Church of Wausau since their move to Wausau in 1963. Together they raised four boys in Wausau and at their summer cabin in Lac du Flambeau: Carl of Winnetka, IL; Eric of Durango, CO; Tom of Bainbridge Island, WA; and Paul (Gus) of Lake Forest Park, IL.

Gordon had a well-known passion for improving the quality of life and economic vitality of the Wausau area. Over the years, he provided visionary leadership through his active involvement in many organizations serving the community in the arts, higher education, health care, and economic development. He was a member of the Society of Founders of the Community Foundation of North Central Wisconsin, serving on the original board of directors of the foundation ('93) and later as its president ('00). He provided leadership to Central Wausau Progress and the Wausau Chamber of Commerce. He was president of the Chamber of Commerce the year construction of the Wausau Center Mall was approved by referendum ('78-'79), and he received the Chamber's Distinguished Community Service Award in 1998. Gordon was involved in some of the challenging original negotiations to provide easements for the River Edge Parkway behind the Eye Clinic property. Because of his many leadership contributions, Gordon was recognized this past spring with the Developer Award at the 2014 Champions of Business event sponsored by Junior Achievement of North Central Wisconsin.

Gordon died in his home on October 2, 2014, of complications of Parkinson's disease. A visitation with family will be held on Saturday, October 11 from 11 a.m. to 1 p.m. at the First Presbyterian Church, 406 Grant Street in Wausau, followed by a Celebration of Gordon's life from 1-2 p.m. and a coffee reception after the service. In lieu of flowers, memorials may be directed to the Community Foundation of North Central Wisconsin, the Leigh Yawkey Woodson Art Museum, the First Presbyterian Church of Wausau, or the Marathon County Historical Society.

Arlene and her family would like to thank all of the caregivers at Aspirus VNA Extended Care, who cared for Gordon at his home during the last two years of his life. Their love and care was outstanding, and they could make Gordon smile and laugh until the end. Mid-Wisconsin Cremation Society is assisting family at this time. On line condolences can be made at www.JJBFH.com

Published by Wausau Daily Herald on Oct. 4, 2014.
To plant trees in memory, please visit the Sympathy Store.
MEMORIAL EVENTS
To offer your sympathy during this difficult time, you can now have memorial trees planted in a National Forest in memory of your loved one.
Funeral services provided by:
John J Buettgen Funeral Home
MAKE A DONATION
MEMORIES & CONDOLENCES
9 Entries
Dear Carl and Backer family,

I am very sorry to hear of the loss of your father, you have my deepest sympathy.

While in Wausau I saw your father and he was the doctor on call when I cut my eye while unloading a motorcycle a my job at Safari Sports. He was a very kind and patient focused physician.

I know he will be missed by his family and community.

Joan
Joan Zietlow
October 14, 2014
Sorry we were unable to attend the service. Thinking of Gordy's family and continue to keep them in our prayers during this difficult time
Lowell & Jan Jerdee - Minnesota cousins
October 11, 2014
Arlene,

May God bless you and your family in this time of sorrow. Gordon will be greatly missed. I really cherish all the fond memories of him when he and I had a chance working together in the past.
Dang Nguyen
October 11, 2014
I wish the family of Dr. G. Backer my deepest sympathies for their loss. Your father and husband was truly a wonderful person. I had known Dr. Backer from working in the ER at Wausau North when located on Maple Hill on Wausau's East side. As staff, you never had to worry that when Dr. Backer was asked to come in for a patient that he would be irritated from pulling him away from his family, or some function he was attending. He was "always" so friendly and obliging to the hospital staff as he was his patients. Personally, my mom and sister were lifelong patients of his and always devoted to him as a wonderful doctor who they admired and respected. Again, I am so sorry for your loss.
Joanna Zietlow-Hogan, RN-BC
October 9, 2014
It was a privilege to know Gordon. May Gods blessings shine on you in this moment and his wonderful memory carry on.RIP.
Don Stifler
October 7, 2014
Our sympathies to all of you! Your Dad was my Dad's cousin and in my parents wedding on October 1st, 1950! I haven't seen any of you since our Ole K Wangen picnics in Albert Lea years ago....so it would be fun to see you all again. My Dad passed away two years ago, and they saw Bill and Jean quite often when they wintered in AZ. We are unable to attend Gordy's funeral on Saturday due to a prior commitment, but will be thinking of you all!
Julie (Ellingson) Rath
October 6, 2014
Gus, so sorry to hear about your dad. He was my trusted eye doctor for 25 years. Even after I moved away and was traveling a lot, I came back to Wausau every Christmas, and while there had my annual eye exam. I didn't get a different eye doctor until I was 30 years old and living in New Mexico. My sincere condolences to your entire family.
Juli-Kay Baumann
October 4, 2014
So sorry to hear of Gordon's passing, he was one a wonderful group of men who worked hard to make Wausau what it is today. He will be missed. You are in my thoughts and prayers.
Julie Kryshak
October 4, 2014
Gordon always had a smile when we would talk. I will always remember his kind personality.
Dave Conrad
October 4, 2014
Showing 1 - 9 of 9 results