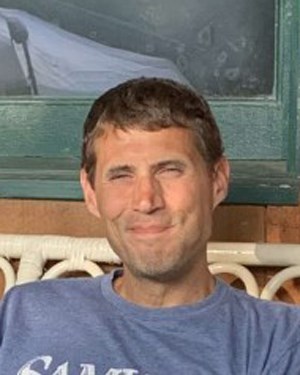 Kevin Gary Prince, 44, of Jackson, NH and Marblehead, passed away on August 19th, 2021 with his family by his side. Kevin grew up in Stratham, NH. He graduated from Exeter High School in 1995 and the Whittemore School of Business and Economics at the University of New Hampshire in 1999. Kevin was an Electrical Engineer at MBraun in Stratham, NH., a career and company that he took pride in and loved. Kevin was an athlete and had a passion for the outdoors. He competed in the Marblehead Race Series, the Spartan Race and the Wildman Biathlon at Wildcat Mountain where he would run three miles up the mountain summit. He also loved to hike, alpine and uphill ski and spend time four-wheeling at his family camp in Dixville Notch, NH. The role that Kevin loved the most was that of being a father, he was the most amazing father to his two children, Callie and Cole, spending all of his time focused on them and their happiness. In the last year, he made his residence in Jackson, NH where Cole was able to attend Jackson Grammar School and teach him his love for New Hampshire and the outdoors. This past winter he took his children to hike Tuckerman Ravine at Mount Washington and ski down the Sherbie Trail. He gave them the gift of beautiful memories every single day. Kevin and his wife Alyssa shared a passion for building homes and worked together to design and build three homes over their marriage, the most special being the home they built in Jackson, NH., completed in January 2020. Kevin and Alyssa also made many wonderful trips traveling to Germany for Kevin's work, celebrating multiple times at Oktoberfest in Munich and traveling around Germany, Austria, Switzerland and Italy. Their favorite destination being Murren, Switzerland. Kevin had lived his life with kindness, patience and absolute dedication to family. Loved by many, but especially his wife of eighteen years, Alyssa Willard Prince and his children, Callie Alyssa Prince and Cole Durham Prince. Kevin was also an amazing son to his parents, Gary and Lorraine Prince of Stratham, NH., caring brother to his sister Shelley Blood of Stratham, NH and her husband Greg and children Tyler, Brandon and Lilyan and his brother Brian Prince of Pelham, NH., wife Leah and children, Lyla and Landen. He was also loved by Alyssa's parents, Pamela Willard and the late Jon Willard of Marblehead, his sister in law Polly Mabry of Marblehead and her husband Mike and children, Mia and Max. In lieu of flowers, donations can be made to the Friends of Tuckerman Ravine whose mission is to preserve and protect the unique alpine eastern slopes of Mount Washington, NH., www.friendsoftuckermanravine.org/. Most important, an email box has been set up for family and friends to send their own stories and photos about Kevin, a book will be made for Callie and Cole with all of the wonderful memories of their father. Please sends stories and photos to [email protected] Private Services will be held in Jackson, NH on the morning of August 28th. Close friends and family are invited afterwards to join a celebration of life at Black Mountain Ski Area.
Published by The Marblehead Reporter from Aug. 23 to Aug. 24, 2021.
To plant trees in memory, please visit the Sympathy Store.
MEMORIAL EVENTS
To offer your sympathy during this difficult time, you can now have memorial trees planted in a National Forest in memory of your loved one.
MAKE A DONATION
MEMORIES & CONDOLENCES
1 Entry
Alyssa, I am so deeply sorry about Kevin. I have very clear memories of your relationship growing while we were at UNH, and even more from our Broad Street days. He was quiet but quick to smile, and even back then, so clearly devoted to you. You and your kids will keep Kevin all around you--in the things you loved to do together, in the places that were special to you, and always in your hearts. Sending you lots of love, Joanna
Joanna Peduto Leary
School
August 27, 2021
Showing 1 - 1 of 1 results