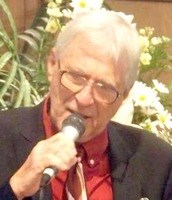 FUNERAL HOME
Burg Funeral Home, Inc.
134 W. Broadway
Red Lion, PA
Barry E. Henshaw
East Prospect
Barry Elmer Henshaw went home to be with his Lord and Savior on Tuesday, January 12, 2016, at 12:30 a.m. at Memorial Hospital at the age of 67. He was the husband of Gail L. (Noonan) Henshaw of East Prospect.
Barry was born in York on January 7, 1949, and was the son of the late Elmer C. and Marie E. (Snodgrass) Henshaw.
Barry worked as an independent Truck Transporter. He was a United States Army Veteran serving during the Vietnam War. He was also a lifetime member of Bethany United Methodist Church where he served as Sunday School Superintendent, was also a SS teacher, and played in the SS Orchestra and the Vintage Brass Ensemble at the church. He also played with the 324th Army Band at Aberdeen Proving Grounds. He played the Sax and loved to sing in numerous local band for many years.
Survivors include his wife, Gail; a brother, Kelly A. Henshaw and his wife, Kathy of Red Lion; a cousin, Patty Cooley of Salisbury, Md.; numerous sisters and brothers-in-law; and numerous nieces and nephews.
There will be no viewing. Friends and family are invited to extend their condolences on Friday, Jan. 15 from 11 a.m. to noon at Bethany United Methodist Church, 121 W. Broadway, Red Lion, PA. Burg Funeral Home, Inc., 134 W. Broadway, Red Lion, is assisting the family with arrangements. A Service of Honor and Praise for Barry will begin at noon on Friday at the church. His pastor, the Rev. Ronald L. Doverspike, will officiate. Burial will be in Susquehanna Memorial Gardens with full military rites offered by the York County Veterans Honor Guard.
In lieu of flowers, contributions may be offered in Memory of Barry to Bethany UM Church "Helping Hands Fund."
Barry and Gail married on Sept. 30, 1972, celebrating 43 years together. He was a wonderful husband who was a very loving and generous man. Barry was a great brother to Kelly. He is fondly remembered as the man who was the "party" all by himself!! He will be remembered for all of his beautiful prayers and songs at church. If you met Barry, you loved Barry, a friend to everyone.
A golden heart stopped beating, hardworking hands now rest. God broke our hearts to prove to us, He only takes the BEST.

Published by York Daily Record on Jan. 14, 2016.
To plant trees in memory, please visit the Sympathy Store.
MEMORIAL EVENTS
To offer your sympathy during this difficult time, you can now have memorial trees planted in a National Forest in memory of your loved one.
Funeral services provided by:
Burg Funeral Home, Inc.
MAKE A DONATION
MEMORIES & CONDOLENCES
26 Entries
We were saddened to hear of Barry's passing. His enthusiasm and bubbly nature made an impression on all of us. We will miss his sax playing with our group. This Sunday's performance at Bethany is dedicated to him.
Kim Farmer
February 26, 2016
Gail, I'm really sorry to here about Barry. He will always have a place in my heart. He made playing music so much fun. I'll never forget him.
Mike Luckenbaugh
February 21, 2016 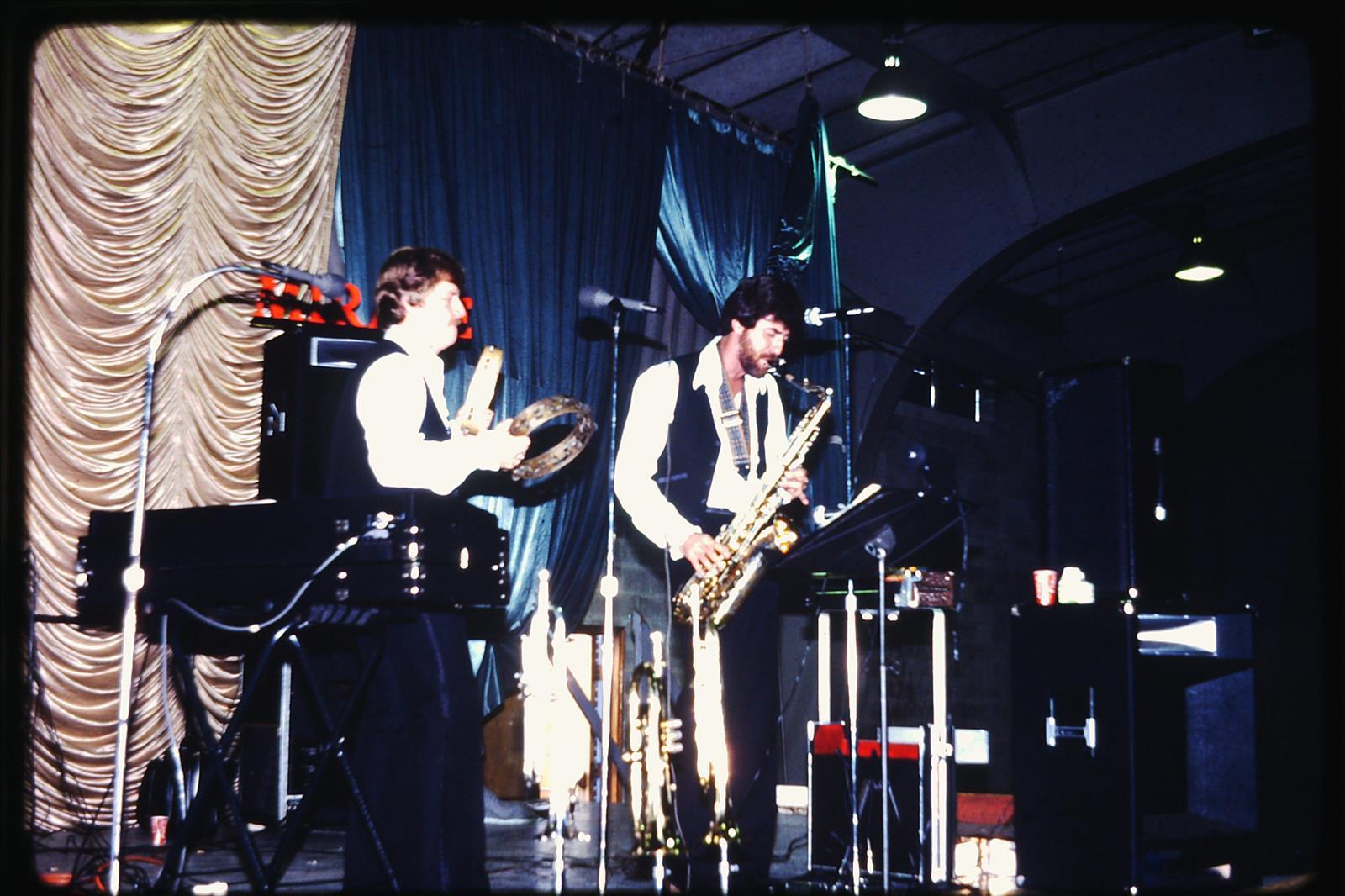 January 17, 2016
Gail: Deepest sympathy. My prayers are with you & the rest of the family. Some of my life's fondest memories are playing in the band Mirage with Barry. Words can't express how his loss saddens me. He was a great guy.
Bill Shaffer
January 15, 2016
Gail and Family--

It is with deepest sympathy that we pass our condolences to everyone. Barry was the light of driver's that came to us and he will be greatly missed. Stay strong and know that we are all thinking of you during this difficult time.
Unicell Body Company
January 15, 2016
Kelly, so sorry to read about your brothers passing. Hang tough. God bless.
Don Hess
January 15, 2016
To Gail and the entire Henshaw family, you are ALL in my thoughts and prayers. We have lost an exceptional human being . . . We all grieve with you! He will be missed by so many . . . Draw strength from that. Love to you all .
Susan (Grove) Shelly
January 14, 2016
Gail, Words can not express our sorrow! Barry, I know your still with us in spirit. God bless you my friend. We spent many of weekends playing, And I want to thank you for all of the special times we had. I guess You and Fred can now, "Pick up the Pieces".
Gary & Joyce Esher
January 14, 2016
To Barry's Family, Barry was a classmate of mine (1966) and I clearly remember that he always had a rhythm all his own, was gifted in song and music, and extended much kindness to those in need of a lift. He was always so kind to my Mom, Helen M. Ashton, a member of Bethany church & now passed, but she enjoyed singing in the choir and always shared good laughs with Barry. Blessings to all of you and may you be comforted with cherished memories.
Carol Ashton
January 14, 2016
Goodbye And Rest In Peace, My Blue Eyed Soul Brother.
David Bupp
January 14, 2016
Goodbye and Rest In Peace My Blue Eyed Soul Brother.
David Bupp
January 14, 2016
So many FUN memories w/Barry (and Gail!). Trips to NC, french toast on Saturday mornings when I was little, and him and my dad building model ships...for hours....in our basement! God blessed us all w/you Barry. Party on in Heaven. Love and hugs to Gail and the family!!!
LeeAnn Wilt
January 14, 2016
Gail and Kelly - Barry didn't go for the kind of ultra-cool that everybody else pursued. It was as if he knew some secret. He was a guy who had his own song, his own rhythm, his own jazz beat deep inside of him, and so he marched to a different drummer. And the love that we shared as friends just continues on into eternity. May God pour out His love on you the way He is with Barry now.
Our love,
Jon & Cheryl Stine
Jon Stine
January 14, 2016
Gail, Deepest sympathy on the passing of Barry, my cousin. Her was a very fine man and a wonderful vocalist who shared his voice with many people. I'm unable to attend the service as I am in Florida, but my thoughts are with the family. Sharon Thompson Stein, Dallastown, PA
Sharon Stein
January 14, 2016
Barry prayed the most beautiful prayers I have ever heard. Also loved when he played the saxophone with our son, Scott. He will be greatly missed at Bethany. Our deepest sympathy from the Snyder family.
Elaine Snyder
January 14, 2016
I can only imagine how difficult this has been for you my heart goes out to you and your family,I have been thinking about you and will keep you in my prayers.
Lauri Boudah
January 14, 2016
jI loved the last paragraph of the obituary especially the phrase 'he was a party unto himself." That caught the essence of Barry better than anything I have ever heard. I have many fond memories of Barry from good old Red Lion High especially from band. Earth is a quieter, duller place without Barry, but oh the excitement in Heaven. Hugs and prayers to Gail and Kelly and family.
Bob and Donna Druck
January 14, 2016
Barry will be missed Gail and family you are in my thoughts and prayers
Kathy
January 14, 2016
So sorry for your loss! My heart breaks for Gail, and all of Barry's family. Barry truly was an amazing man! I'm so glad I had the pleasure of knowing him. Barry, you have touched so many hearts along the way, you sure will be missed.
Mandy Winters
January 14, 2016
Fond memories of a great neighborhood friend, music together in high school dance band. Will never forget
Marguerite Yorks
January 14, 2016
My heart is broken I worked with Gail for many years at Perform Group and became very good friends with her and Barry I actually had the honor of having Barry sing at my wedding and what a wonderful job he did and yes can honestly say if you ever met Barry you couldn't help but to love him he was always smiling. Gail my heart goes out to you I wish you strength in this time of mourning. Barry you will be missed by so many you have touched so many lives. My condolences to the rest of the family as well god bless you all....RIP Barry
Lisa and Kirk Ehrhart
January 14, 2016 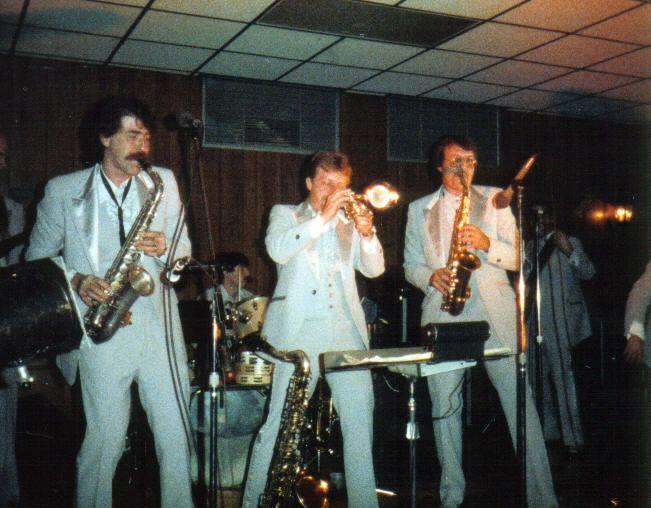 Gail, our thoughts and prayers are with you and your family during this difficult time. Barry and I have quite a history. I think I probably worked with Barry longer than any other sax player in the past 45 years. The stories we could tell and the good times we had are endless. I know he will be dearly missed by so many people. Goodbye Old Friend. R.I.P. GOD BLESS
Les & Deb Markel
January 14, 2016
Barry was a great guy who liked to have fun. I am sure he will be missed by many, especially by Gail and Kelly. My prayer is for comfort and peace to all who loved him.
Linda Koons
January 13, 2016
My heart aches for loosing a friend, my cousin. But at the same time my heart is full of joy knowing Barry will be going to Heaven and being with Jesus and God. Thank you for all you shared. Forever LOVED
Billy Henshaw
January 13, 2016
The fond wonderful memories of the special family times together with all of the Taylor reunions are difficult to even express how much fun this man was to be in his presence as a child and as an adult. His stories were the best. He was fun just like his mother and dad, Elmer and Marie, the "life of the party" cousins. I long for more time with you on this earth. You left us too quickly but you certainly prepared for this day during all of these past years of your life as you served faithfully your Lord and Savior and put your trust in Jesus at the Wheel. Loving Memories that will live forever.
January 13, 2016
Sundays will not be the same without your stories of the trips you made. Your voice, and yes, your sax will be dearly missed as well. Saddened as we are here on Earth, we know that you have now seated in the choir of Heavenly Angels. Farewell, my cousin. Until we meet again.
Brad Henshaw
January 13, 2016
Showing 1 - 26 of 26 results