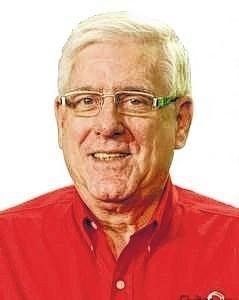 LUMBERTON — Richard Norton Bacon (Rick) of Lumberton has left the building. His friends will tell you he's in a better place. The rest will say they can smell the Bacon burning. He is stress-free and at peace.

The curtain came down on Thursday night at Southeastern Regional Medical Center.

He is survived by his loving wife of 29 years, Candace Smith Bacon. He is also survived by his son Jonathan Bacon and wife Beth of High Point; daughter Melody Kearse of Rock Hill, S.C., and son Bryan Kearse and wife Liz of Raleigh. Five grandchildren made his life better with their visits.

Rick loved dogs. Trixie, Richie, James Brown Beans and Mr. Woo were the last in a long line of hairy hogs that shared his bed and his affection.

He was born in Auburn, N.Y., July 16, 1947, the son of the late Elizabeth Dunster Bacon and Frederick Neil Bacon. He was also predeceased by a brother, Ted.

He drifted south from upstate New York in 1962 to the mountains of North Carolina, where he graduated without honors in the class of '65 at East Yancey High School. After one undistinguished year at the University of North Carolina-Chapel Hill, Rick enlisted in the United States Air Force. He became a Morse intercept operator and spent two and a half years overseas in Turkey and Italy.

After another failed college attempt at Mars Hill College, Rick got his start in media at WKYK radio in Burnsville, N.C. From radio it was on to newspaper, where Rick spent 26 years publishing newspapers, moving from state-to-state looking for a town that would keep him. From Spruce Pine, N.C. to Barnwell, S.C. to Lake City, Fla., he survived buying a Buick LeSabre (the official car of geezers) and a heart attack that convinced him it was time to leave Florida unless he wanted to die young. He headed back to North Carolina to live and work in Rockingham and Lumberton, where he had a good life.

Rick was a Rotarian for over 25 years. He served as president of the Rockingham Rotary Club in 2012-13 and was proud of the work that Rotary did in the community and around the world. He was a two-time Paul Harris Fellow.

In March of 2014, Rick was diagnosed with lung cancer. He celebrated with yet another trip to a Cincinnati Reds game. If you knew Rick, you knew that he was a loyal Reds fan since the late '50s without ever living a day in Ohio. He often said, "There's no explaining taste."

Cremation will take place at the family's convenience and his ashes will be kept in an urn, passed from family member to family member until no one can remember what's in the jar.

Everyone who remembers Rick is asked to celebrate his life in their own way; telling a 'He wasn't so bad' or 'What an ass' story of their choosing. Boiled shrimp and a beverage of your choice should be part of any celebration.

Instead of flowers, Rick would hope that you will do an unexpected act of kindness for some less fortunate soul. Rick liked to buy food for the car behind him in the drive-thru lane, or a meal for a military couple (if he could do it without them knowing who paid). That's a lot cheaper than flowers.

A memorial luncheon in Rick's honor will be held at Pier 41 in Lumberton on Saturday, Aug. 23, 2014 from 1 to 3 p.m. at Pier 41 Seafood. Adult beverages will follow at widow Candy's house on Camellia Lane. To the crooks reading this: We left an armed guard and the four killer dogs home from the luncheon. If you come to steal, they will hurt you.​

Published by Richmond County Daily Journal from Aug. 9 to Aug. 10, 2014.
To plant trees in memory, please visit the Sympathy Store.
MEMORIAL EVENTS
To offer your sympathy during this difficult time, you can now have memorial trees planted in a National Forest in memory of your loved one.
MAKE A DONATION
MEMORIES & CONDOLENCES
Sponsored by The Lovely Bride Candy Bacon.
56 Entries
Another year...2020 has been a year to forget...still missing you but not your cancer...you are in a better place. I know you will find this amusing....self-cleaned the oven in your honor today.....toasty...LOL! Take care My Love...Your Lovely Bride
Candy Bacon
Spouse
August 7, 2020
That was a lovely, humourus read Richard...
dave cecile
July 4, 2018
Great obit. Love the very last part to the crooks. Very nice and simple for everyone. Including a gathering for those who want it. Very classy IMO. Sometimes less is more. God be with you & may he help you through your difficult times. God bless.
Nikki Ortega
May 10, 2018
So many beautiful comments are listed here. This man truly left a mark on many hearts. These make me think of Eccl.7:1 where it says that ones death is better than his birth, because one has made a name for himself. Rick so evidently did! Not with just those around him but also now, after his death, with those such as myself who didn't personally know him. Most importantly, though, he has made a name for himself with our loving heavenly father, the giver of all good gifts and the source of all life. Surely his life will be restored as Jesus promised at John 5:28. I so look forward to knowing him then.
Mandy
May 9, 2017
It hurts to lose such a wonderful person. Please take comfort from Jesus' words at John 11:24, 25. I know it brings me comfort. I truly hopes it helps you too!
Kess
August 5, 2016
God Bless Mr. Bacon! Thanks for sharing his memory.
April 30, 2015
This was funny and nice. My condolences to his widow.
January 31, 2015
A life well-lived. An obituary worthy of an award!
January 6, 2015
Thank you for sharing your wonderful memories. May the God of all comfort be with you during this time of grief. May all the fond memories of Rick stay close to your heart.
Daphne
September 25, 2014
I am so sorry for your loss, I did not know this man or his family but after reading his story I wish I had, he as well as his family have beautiful hearts and souls. I am sure he is looking down from heaven laughing and healthy with a warm smile sending you all his love. I can tell you all loved each other beyond words and he left wonderful memories to hold on to until you reunite in heaven. God bless you all
Mildred Pulley
September 9, 2014
Beautiful & loving! Rest in peace Mr. Bacon!!!
Wendy (Reno, NV)
Wendy Smith
August 30, 2014
Didn't know him but wish I had . God speed
Sandy
August 20, 2014
rick made everything fun..his radio career remembered when he announced the possum was painted on the yellow line and slopes open on bolens creek..smile again..thanxxxxxxxxxx
faye presnell
August 17, 2014
So sorry to hear of Rick's passing. Peace be with the family. I remember him for Church in Burnsville NC.
Violet Jackson
August 16, 2014
i have no idea who Rick is or was and this is the first time ive ever heard his name. If he were anything like i imagine after reading his obituary, it is safe to say the world has lost an amazing individual. rest in peace.
ray carpenter
August 15, 2014
Jon,
Never met the man. Obviously my life is poorer for it. Pat and I send our sincere condolences.
CB
Pat & CB Greenwood
August 15, 2014
Rick and I had one thing in common that stood out....our bluntness, which made for some interesting conversations! He was a true "wordsmith". Rest easy Rick.
Marc Baysek
August 14, 2014 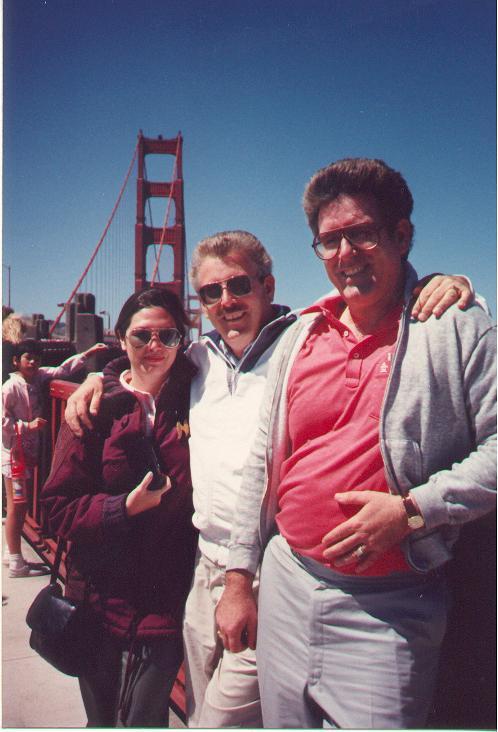