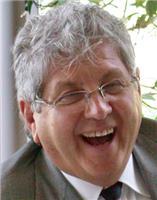 Tampa attorney, left this world Saturday morning, September 22, 2018 surrounded by his loving children and family. The eldest child and only son of Rhea and Irving Cohen, Barry was born in Brooklyn, NY, then moved to Jacksonville and eventually Tampa. After graduating from Plant High School, he served in the United States Coast Guard, completed his undergraduate studies at Florida State University, and attended law school at Mercer. He moved back to Tampa to begin his legal career, and spent the next 50+ years doing what he often called his "dream job": practicing law and pursuing justice for his clients.

Barry was a champion for the underdog. He was a voice for the voiceless. He believed that regardless of title, position, power or wealth-no one was better or more important than anyone else, ever, and walked that walk. He had an unparalleled passion for social justice and an outright inability to back down when he saw an injustice. He had the unique ability to accept people for who they are-with all their flaws, and to give them the benefit of the doubt. He loved people and loved making people laugh. He was a force, and he made the world a better place. He will be dearly missed.

He is survived by his adoring family: his wife, Barbara and their son, Barry Alexander Cohen; children, Geena (Dennis) Zaslavsky, Steven (Carrie) Cohen, Kevin Cohen (Amy); and his sister, Cynthia Cohen Wright and his brothers by marriage, Stanley Wright and Les Barnett. He was recently predeceased by his beloved sister, Hope Barnett. He also leaves a legacy of love and dignity to his beloved grandchildren, Justin, Brett, and Ava Zaslavsky, and Elayna Cohen; nieces and nephews, Mark Wright (Lindsey), Julie Wright Halbert (Jim), Devra Wright, Irving Barnett, and Ben Barnett (Dana); and his many great-nieces, nephews, and cousins.

A private interment and public memorial service was held on Sunday, September 23. In lieu of flowers, please consider making a donation in his honor to the Hillsborough County Bar Association Foundation, or the Southern Poverty Law Center.

Barry, you have no idea how many times we, my children and I, mention your name!
You are missed and always remembered
as a wonderful, genius guy.

May G_d bless you always !

Barry Cohen was a wonderful PERSON and one that I operated on years,ago. Sincerely James J.J. LINN

Being a previous neighbor of Barry's, &, my Dad, Dr. Sidney Merin, having worked with him professionally, we are deeply saddened to lose a great man. Our condolences to his family.

Great attorney, good man, a close friend, Will be greatly missed by all.

May Almighty God and his son Jesus Christ bless you and your family in this time of sorrow. John 17:3

My sincere sympathy on the loss of Barry. He was one of my most colorful and funny kindergarten dads during young Barry's first year at Berkeley. I know he will be missed very much. Both Barbara, Barry and the entire extended family are in my prayers.
Dee Carpenter
(young Barry's Kindergarten teacher)

Never miss an update about Barry. Sign up today.