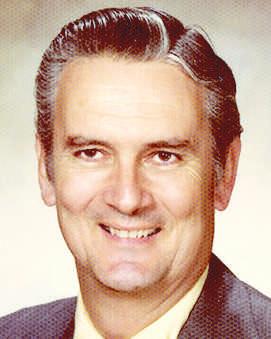 Not the right person? See All ›
LOCATION
San Antonio, Texas

November 21, 1929 - October 17, 2017Travis Winters McCown went to rejoice with the Angels in Heaven on October 17, 2017. He was born in Yoakum, Texas to Travis Preston and Hattie Violet McCown. He graduated from Edison High School, and received his Bachelor of Music and Masters of Administration...

Happy 90th Birthday Daddy. I love you with all my heart.

Mr. McCown was amazing teacher and a great role model for many students.

October 17, 2018
I can't believe it's been a whole year. Missing you so much Daddy. Nothing is the same without you. I love you forever. Til we meet again my Precious Daddy.

I have many memories of SAISD Orchestra activities when Travis and I were both Orchestra Directors many years ago. He was a gentle giant who was so much fun to be around. He brightened any room he entered. I just found out today, 7-16-18, that he passed away last year. I know how much his family must miss him. You are all in my prayers. Love and *Hugs*

Travis had a profound influence on my life. I recently retired after 45 years of band and choir directing, teaching elementary music and piano classes. I loved every minute of it and am the proud mom of the principal trombonist of the Dallas Symphony. I attribute all of this to the wonderful music education and guidance I received from Travis and others like him. I have been truly blessed!

Did not get the luxury to know Mr. McCown for a long time, but in the short time I spent with him, I noticed a couple of things: 1. The love his daughters had for him, which tells me what a great father he was to see his daughters with him all the time during his hardest time. 2. The fight this man gave despite the odds and despite the pain and difficulty he was having, he always gave me his best effort which tells me a lot about the strength of his character

I am deeply saddened...

Dear Family of Travis,
I was waiting for an email from our church office on when and where the service for Travis would be. Later I heard that it had already taken place, and I missed it. I am so sorry I didn't just check the obituaries first. Please know that I would have been at the service if I had known when it was.

Also, I am so sorry for your loss. He was a wonderful human being!

I was in the Edison band from 1961 to 1963. Mr. Mac was an inspiration to all of us. I followed his advice and enlisted in the Air Force where I spent 24 years. I'll always be thankful that he pointed me in the right direction. My condolences and prayers go out to his family.

As a 1963 graduate of Edison and a member of Mr. Mac's proud marching band, I want to offer my condolences to his whole family. Mr. Mac was a leader of young adults finding their way through high school by spending quality time as our Band Director. I'm sure every band member that ever came into contact with Mr. Mac will forever remember his glowing smile and easy going temperament...I will for sure!!!

Never miss an update about Travis. Sign up today.

Shepherd Of The Hills Lutheran Church