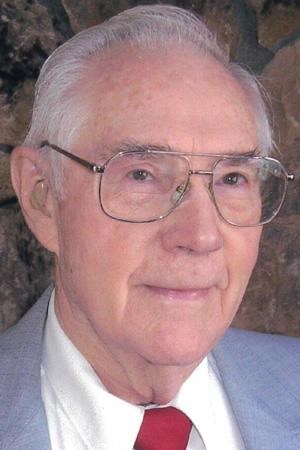 Delbert C. Martin, 96, of Beatrice died Tuesday, November 3, 2020 at his home. He was born on July 6, 1924 at Emmett, ID. He graduated from Emmett High School and attended Moscow University in Idaho where he studied business law and electronics. He served in the U.S. Navy from 1942-1946 and was an aviation electronic tech mate 1st class. He married Gail McQuiddy on June 18, 1954 and later they divorced. He was a traffic agent for Union Pacific for many years. On May 27, 1978, he married Ruth Samland and in 1979, they moved to Anchorage, AK. They spent many wonderful years in the big adventurous state of Alaska. After he retired in 1984, they moved to Emmett, ID to care for his folks. In 2008, they moved to Beatrice to be closer to their children. He was a member of First Presbyterian Church of Beatrice, American Legion, Kiwanis, and Toast Masters. He enjoyed going to coffee and visiting with friends.

The body will lie in state at the Fox Funeral Home on Friday, November 6, 2020 from 4:00 p.m. until 7:00 p.m. with the family present. Mask are required. Burial will be in the Emmett Cemetery of Emmett, ID. In lieu of flowers, a memorial can be given to the donor's favorite charity. www.foxfuneralhome.net. Arrangements entrusted to Fox Funeral Home & Cremation Services of Beatrice.