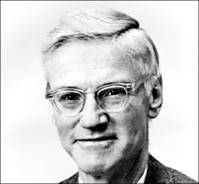 ABOUT
Deerfield Academy
Robbins, Joseph Colwell Of Cambridge, MA, died peacefully at home on Tuesday, November 11th, 2014, Veteran's Day. He is survived by his wife of 50 years, Lee T. Robbins, their two sons, Loring G. Robbins, his wife, Gena, and their daughter, Sophia, and John M. Robbins, his wife, Shaye, and their daughter, Zady. Joe was pre-deceased by his two sisters, Mary Deland deBeaumont, and Cornelia Bradley. He was a much loved uncle to 5 nieces & nephews, 11 grand nieces and nephews, and 15 great grand nieces and nephews. An avid outdoorsman, Joe loved to spend time with his family in Jackson, NH where he was one of the first lifetime pass holders at Wildcat Mt., and skied well into his 80s. Hikes with family in the White Mountains, tennis at The Longwood Cricket Club or The Country Club, squash and rowing along the Charles River as a long-time member of The Union Boat Club of Boston were an important part of living his full and healthy life. It was at Deerfield Academy, class of 1939 that Joe cultivated a love for history, and enjoyed playing varsity hockey at the school's outdoor rink. Recognized for dedication to his studies, Joe's history teacher steered him in the direction of law. He went on to Yale University where his class of 1943 graduated early in order to serve in the military during WWII. As First Lieutenant, 3rd Battalion, 8th Marines, 2nd Marine Division, Joe fought in the Pacific where he was on active duty for just shy of 2 years. He was awarded a Purple Heart for a wound suffered in the invasion of Saipan, Marianas Islands. After discharge he returned to his home in Pittsfield, MA. Joe attended Harvard Law School, class of 1949. He became a partner at Sullivan and Worcester Law Firm in Boston, where he helped establish the Trust & Estates practice for the firm. He was well regarded by his colleagues, and mentor to many over his 50 plus years with the firm. As a member of the Glee Club at Yale, and in his later years as a member of the Apollo Club of Boston, Joe found great joy in singing. Whether at home behind the piano, on family trips, or during family gatherings and holidays, Joe would always be ready to launch off on a hymn, glee club favorite or show tune. In keeping with his love of history, genealogy and dedicated service to our country, Joe was a member of The Society of Colonial Wars and The Society of the Cincinnati (NH). Joe's love of his family and importance in their lives is most evident in the memories and descriptions that his family members have of him. Joe was the family patriarch, moral compass, and a kind, caring gentleman who always had time to listen and guide with integrity, respect and honor. He will be greatly missed. A celebration of Joe's life will be held Monday, Dec. 8th at 11am at the Story Chapel, Mt. Auburn Cemetery, Cambridge, MA. In lieu of flowers, the family requests donations be made to the Good Shepherd Community Hospice, 90 Wells Avenue, Newton, MA 02459.

Published by Boston Globe from Nov. 14 to Nov. 16, 2014.
To plant trees in memory, please visit the Sympathy Store.
MEMORIAL EVENTS
Dec
8
Celebration of Life
11:00a.m.
Story Chapel, Mt. Auburn Cemetery,
Cambridge, MA
MAKE A DONATION
MEMORIES & CONDOLENCES
3 Entries
I had the pleasure of being Mr. Robbins secretary from 1985 to 1991. He was a very kind and considerate man. He shared many photos of his travels with his family. They were very blessed to have had him for so long in their lives. I am sure many stories will be passed on to his grandchildren. God bless his family.
Frances Onishuk
May 14, 2016
shaye, john, zady, you are blessed having him as your ancestor, may his spirit remain with you eternally, sorry for your loss.
fondly, your friend
Margot Ouellet
November 19, 2014
Thoughts and prayers are with you all at this time.
Gina King
November 18, 2014
Showing 1 - 3 of 3 results