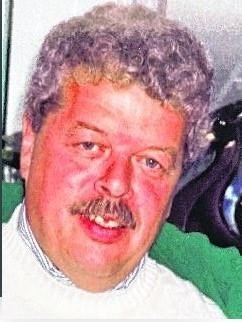 BORN
1942
DIED
2021
SCHWARTZOTT - John
(1942-2021) - John died in the loving company of his family on January 21, 2021. He was born in Buffalo, New York to Dorothy and Murrel. He is survived by his wife, Eleanor; his sister Margaret Armbruster; his children Jennifer Schwartzott (Marvin Muller); Colleen Michalski; Kathy (Tom) Beres; Chris (Gayle) Holmes; PT (Kim) Holmes; and Andy (Laura) Holmes; and grandchildren Mary and Maxwell Muller; Natalie (Allan) Brass and Emily (Dave) Smits; Jerry (Megan) Beres, Andrea (David) Finn, and Todd Beres; Christopher (Carisa) Holmes and Jennifer (Shawn) Smith; David and Sammy Holmes; Megan (CJ) Sawyer, Matthew and Mallory Holmes; several nieces and nephews; many great-grandchildren; and countless friends. He was predeceased by his parents; sister, Mary Jane Hayhurst; and brother, Paul Schwartzott. John had a zest for life, and left a lasting impression on everyone he met. As a young man, he served in the United States Army, and then embarked on a lifelong career in sales. John moved to Georgia, in 1985, but retained his love for Weber's mustard, Sahlen's hot dogs, and the Buffalo Bills. A Memorial Service will take place in Buffalo at a future date to be determined. In lieu of flowers, Ellie asks that donations be made to St. Jude Children's Research Hospital and the children ask that donations be made to Ellie/their mom.

Published by Buffalo News on Jan. 24, 2021.
To plant trees in memory, please visit the Sympathy Store.
MEMORIAL EVENTS
To offer your sympathy during this difficult time, you can now have memorial trees planted in a National Forest in memory of your loved one.
MAKE A DONATION
Please consider a donation as requested by the family.
MEMORIES & CONDOLENCES
3 Entries
You were a very close & Dearest friend John for about 70 memorable years. Our lengthy phone conversation a few times a week were to say the least, will be missed. Great stories that helped us both forget our sorrows for a bit. GOD Bless my Friend. Til we meet again.
Richard Mauro
January 27, 2021
We will miss you. Knowing you for over 50 years was a true experience. I hope that we meet up again in the next life.
tom novelli
January 25, 2021
So many fun times with Johnny, Rest In Peace. Till we meet again Kev and Barb
Kev and Barb Lillis
January 24, 2021
Showing 1 - 3 of 3 results