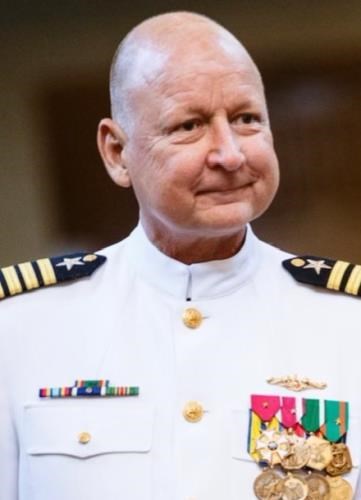 BORN
1957
DIED
2021
Captain John A. Pasko, USN (Ret.), died on 7 September, 2021. He was 64 years old. "JP" was born on 17 January, 1957 to Joseph and Clara Pasko. The son of a Baltimore police officer and librarian, JP was raised as a true Maryland native with a keen appreciation for blue crabs and lacrosse. He was a graduate of Mount Saint Joseph High School, Baltimore, MD (1975), where he was the goalkeeper of the championship winning lacrosse team in 1974. He graduated from the U.S. Naval Academy (USNA '79) where he was a member of First Company ("Fun One"), played lacrosse and majored in Electrical Engineering. In "Fun One," John was known as a smart and caring classmate and teammate. He was a steady source of support and guidance, many times in the background, because he was always a few steps ahead of everyone around him. After graduation on 30 May 1979, John entered Naval Nuclear Power School in Orlando, FL. He completed a year and a half of Nuclear Power and Submarine training and then reported to his first boat, USS TULLIBEE (SSN 597) at Portsmouth Naval Shipyard (1981). Following this tour, he served as 14th Company Officer at USNA (1984-1986). He subsequently served as Engineer Officer on USS RICHARD B. RUSSELL (SSN 687) in Mare Island, CA (1986-1990) and then as Special Projects Officer at COMSUBPAC, Pearl Harbor, HI (1990-1992). During his SUBPAC tour, he earned his Master's in Business Administration (MBA) from Chaminade University of Hawaii. John reported to USS KENTUCKY Gold (SSBN 737) as Executive Officer in Kings Bay, GA (1992) and then to the Naval Nuclear Power Training Unit, Goose Creek, SC (1994) as the Officer-in-Charge (OIC) of MTS-635. In 1997, John returned to Kings Bay and assumed command of USS WYOMING Blue (SSBN 742). In 1999, WYOMING was awarded the COMSUBLANT Battle Efficiency "E" Award and the Commander USSTRATCOM's Omaha Trophy as the Navy's premier ballistic missile submarine. Never one to lose sight of the bigger picture, John deemed the pinnacle of his command tour to lie beyond various awards or achievements. Post-command, he would reflect on his time onboard WYOMING and fondly recall the unified sense of purpose amongst his crew, which set their own standards for professional excellence while also prioritizing military advancement, scholastic achievement, and community engagement. In February 2000, John reported back to the Naval Academy as 6th Battalion Officer. A year later, he began experiencing minor shortness of breath during his daily runs. That winter, John was diagnosed with idiopathic pulmonary fibrosis (IPF). A mere six months later, John was placed on a ventilator. He received a life-saving living donor lobar lung transplant on 9 July, 2001 at the University of Southern California. CAPT Don Boland, USN (Ret.) '78 and CDR Scott Fever, USN (Ret.), both fellow submariners, each underwent lobectomies - providing John with new lungs and life. For the next twenty years, John fought hard through numerous health challenges. His incredible determination led to his reinstatement to active-duty in 2002. He continued serving at USNA as Executive Assistant to the Superintendent (2002-2005), and Director of Officer Development until his retirement from the Navy in October, 2008. John began his second career in Washington D.C. after joining the Defense Nuclear Facilities Safety Board (DNFSB) in 2008 and became the Board's lead for safety oversight of Los Alamos National Laboratory. His unwavering focus on nuclear safety led to significant improvements at the Plutonium Facility, the Weapons Engineering Tritium Facility, and Area G. John's exceptional leadership resulted in his selection to the Senior Executive Service. He led by example to improve nuclear safety across the Department of Energy's (DOE) Nuclear Security Enterprise. Throughout his DNFSB career, John was a steadfast mentor, confidant, and friend to his colleagues. The Board conferred on John their highest award, The Chairman's Medal, recognizing that John's accomplishments reflect great credit upon himself and are in keeping with the highest traditions of the Board, the federal service, and the Nation. Upon retirement from DNFSB, John and Shelley, daughter of CAPT Glenn Arthur, USN (Ret.) '55 and his wife Dot, made their home in Kings Bay, GA. He would want us to thank the countless shipmates, friends, loved ones, and healthcare professionals who helped him overcome his illness and build cherished memories along the way; from walking his daughter down the aisle at the USNA Chapel to meeting his six beloved grandchildren. In addition to his wife, Shelley, survivors include their children, Joey ('05) and Heather Pasko, Drs. Danny and Johanna Pasko, and Jake ('05) and Kaitlyn Keefe; and John's brother Bill and KT Pasko. John and Shelley spent the last six years relishing every available opportunity to spend time with their granddaughters, Isla & Finley Pasko, and grandsons Anson & Lane Pasko and Thayer & Owen Keefe. A funeral service will be held on 9 November, 2021 at 1400 at the United States Naval Academy. For more information, contact Shelley Pasko. Those wishing to honor John might consider contributions to scholarship funds at one of the following: 1. Dolphin Scholarship 2. United States Naval Academy 3. Travis Manion Foundation
Published by The Capital Gazette on Oct. 10, 2021.
To plant trees in memory, please visit the Sympathy Store.
MEMORIAL EVENTS
Nov
9
Funeral service
2:00p.m.
United States Naval Academy
MD
MAKE A DONATION
MEMORIES & CONDOLENCES
30 Entries
We are so sorry for your loss. I have alot of great memories working with John. He was a truly great Submarine Commanding Officer. Capt Pasko taught us how to be confident and competent Naval officers. His calm demeanor and brilliant guidance for operations of the sub were a pleasure to experience. He always seemed to enjoy his life of a submarine commander, which as one of his Junior Officers made our wardroom so much better, closer and fun. He will be missed.
Jerry Foster
Work
November 7, 2021
We were so very sorry to learn of John`s passing. I am also very sorry that we can not attend the funeral but please know that we will be thinking of you on what will surely be a day full of emotions for you and your children.. with love and pond remembrances of a wonderful, very special man...
Julie Schwarz and Saul
November 7, 2021 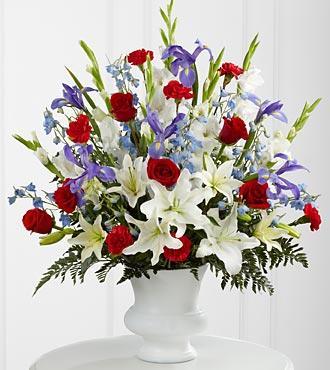