He was a graduate of McComb High School where he was active in student government as well as the Boy Scouts, earning his Eagle Scout award. He enjoyed music at a young age and especially enjoyed the piano throughout his adult life.

Billy attended Tulane University his freshman year and was a member of Phi Delta Theta fraternity. He transferred to The University of Mississippi, affiliated with Phi Delta Theta, and graduated from business school with a degree in banking and finance.

In 1967 he started The Rogue, a menswear clothing company, which he owned for over 40 years. He began his clothing business in Fondren, later building the Rogue Compound, where he enjoyed every minute of helping customers; he truly never met a stranger. Billy's other interests included business ventures in both televisions and radio stations in the South. In his later years, he served as a branding consultant for retail stores nationwide.

Billy was a gracious friend to many people both near and far. He had a special fondness for his eight grandchildren and many of God's children. His loving spirit and stories of the past have kept many entertained over the years. He is preceded in death by his mother, Evelyn Beard Neville, father, William Neville, Jr., and aunts, Hazel Neville and Ella White Neville.

Published by Clarion Ledger from Oct. 9 to Oct. 11, 2019.
To plant trees in memory, please visit the Sympathy Store.
MEMORIAL EVENTS
Oct
11
Visitation
10:00a.m. - 11:00a.m.
Parish Hall at St. Andrew's Episcopal Cathedral
305 East Capital Street, Jackson, MS
Oct
11
Requiem Mass
11:00a.m.
St. Andrew's Episcopal Cathedral
305 East Capital Street, Jackson, MS
Funeral services provided by:
Sebrell Funeral Home
MAKE A DONATION
MEMORIES & CONDOLENCES
Sponsored by Sebrell Funeral Home.
15 Entries
Billy and I had a long telephone conversation less than a month ago, and as usual he had numerous stories and updates on friends from Ole Miss days. He was always a pleasure to be with and loved his work with men's clothing about which he was quite knowledgeable.

A loss to all who knew him.

Dean Copeland
Dean Copeland
October 16, 2019
A very sad week as I have lost two college friends and Ole Miss fraternity brothers. McComb helped raise two special men in Billy Neville and Jay Travis. While living in Memphis we remained friends and stayed in contact for over fifty years until Jay's health declined. My sincere condolence to Melissa, John Beard and the entire family.
Gus Denton
October 13, 2019
I always look forward to Billy's stories and he always delivered. Its true he never met a stranger and was never at a loss for words. He was a true master of his trade and A true gentleman of his time.
Rest in Peace, Billy. You will be missed by many.
John Price
John Price
October 11, 2019
Tom and I would like to express our deepest sympathy in the passing of Billy. He was a true trailblazer at The Rogue by his dedication and attention to customer service . He was always so kind and thoughtful to my parents, Bob and Dennie Brumfield and continued up until recently staying in touch. They thought the world of him as did so many people in McComb. Rest in peace, dear Billy.
Dr. and Mrs. Thomas C. (Betsy) Naugle, Jr.
October 11, 2019
Melissa, Key, Missie and Paige-
We Toth's are so sorry for your loss .i can hear that sweet, southern voice announcing himself at the pearly gates just as he did in every phone call: it's Billy Neville.
Thats says it all.
It is with tremendous sadness & selfishness over not sharing in his wonder that we surrender Billy to the Lord he served so deeply & joyously during his lifetime.
We STILL need Billy's loving ways so...He will continue to be our guardian angel.He'll never be out of that job.
I'm sure he & Mike haven't stopped entertaining one another & regaling all their heavenly hosts w their brotherly, tag-teaming storytelling ways. They must be getting quite the kick outta him.
We did.
May your family find solace in the love you shared w him and knowing of the innumerable lives he touched for the better.
Thank you for sharing Billy.
He resides in our hearts .
Forever .
Susan, Max, Kezia, Mika & Zack.
Susan Toth
October 11, 2019
My sincere and heartfelt condolences in the passing of my dear friend and one of my brother Jay's best friends. Jay passed away within hours, maybe even minutes, of Billy; they had done so much together, so I suppose it was only fitting that they should leave this world at almost the same time.
Fred Travis
October 11, 2019
To Sue and John Beard, Key, Missie, Paige - and all the others who loved Billy,
I can hardly think of a time when Harry wasn't talking about Billy and the fun they had - how he admired Mr. Neville (banker of McComb) and had learned so much of life being around the Nevilles during his college years and young professional steps into the world. Your family meant the world to us Frazers. Billy was an incredible, loving man. My deepest sympathy and prayers for all of you are being extended, Penny
Penny Frazer
October 11, 2019
Please accept my very sincere condolences on the death of sweet Billy. I will always remember him so fondly because he was so kind, thoughtful and generous with everyone
he met. He was always wonderful to me and I will miss his engaging personality and interesting stories.
Praying for the family and all who loved him and those he loved. Elizabeth Knight
Elizabeth Knight
October 10, 2019
Paige and family our sincere sympathy for the loss of your father. Prayers are with all of you during this time.
Freddie and Cynthia Carroll
October 10, 2019
So sorry for your loss. I remember Billy and family always coming to the Deli at Primos Northgate.
Kay Kirk
October 10, 2019
My life is richer because of Billy. I am grateful for the many years of friendship. Well done good and faithful servant Billy, well done!
Julie Evers Crump
October 10, 2019 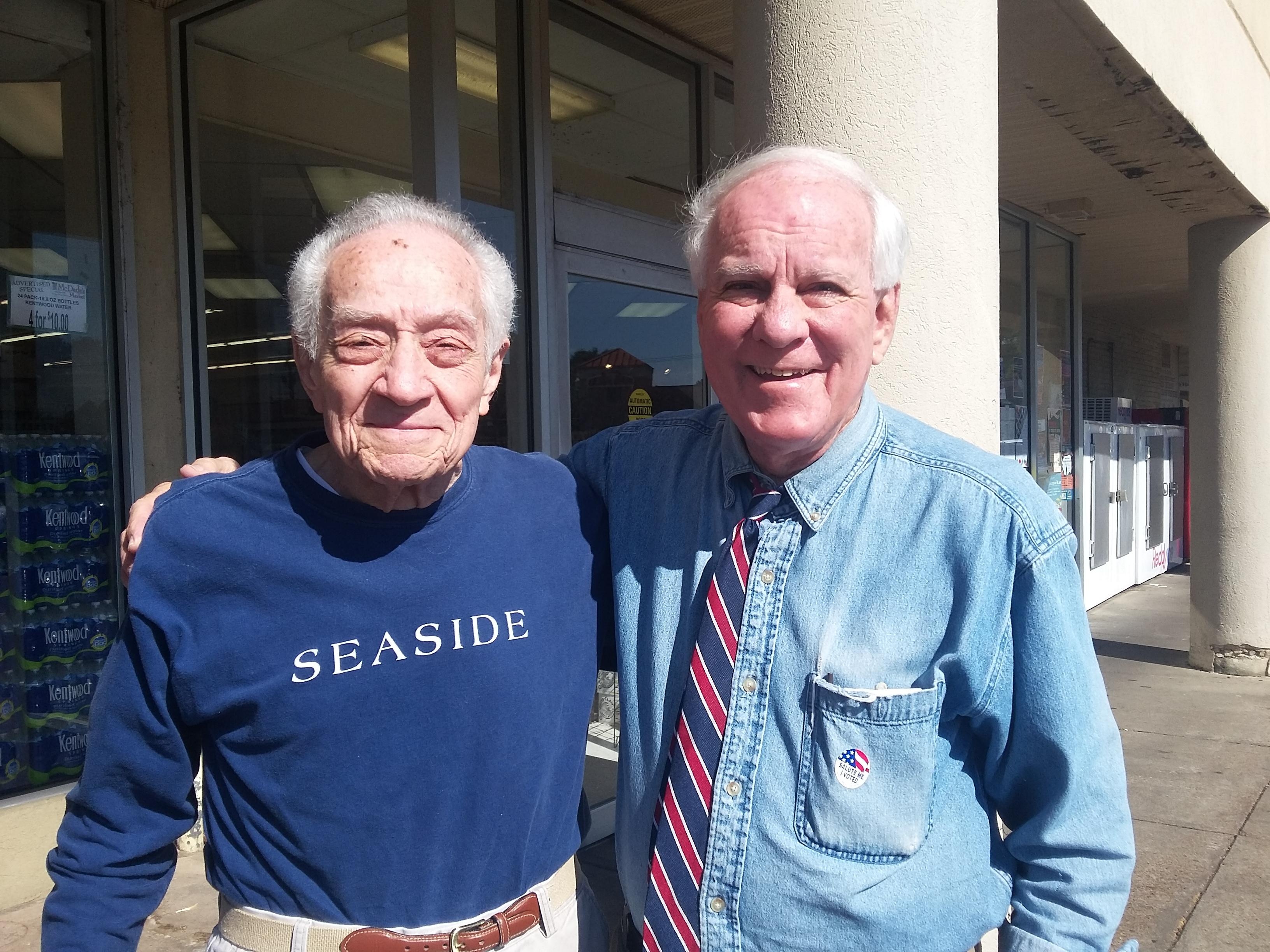 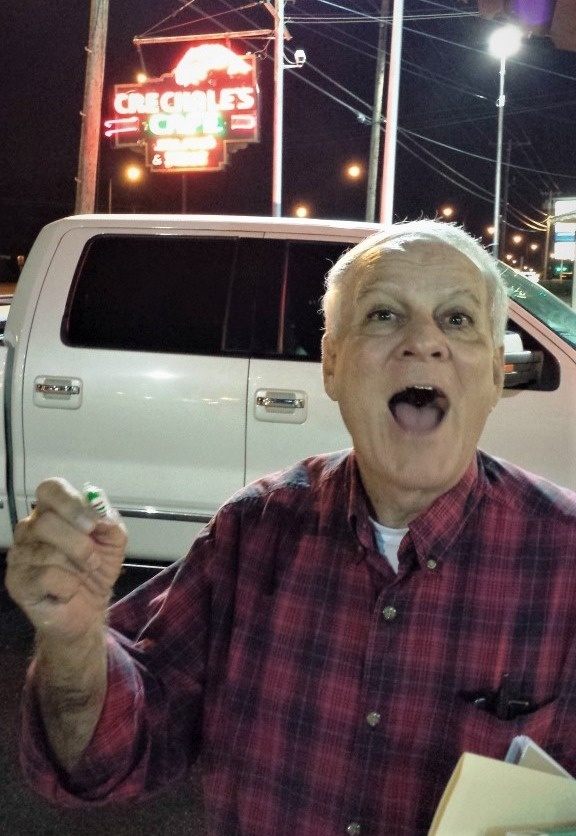 Charles Gillis
October 9, 2019
Billy was always a very good friend to me, especially while we were at Ole Miss together. I very much appreciate all the nice things he did for me, and sincerely regret his death. My sympathy goes out to John Beard and all of Billy's family.
Bill Rutledge, New Albany
William (Bill) Rutledge
October 9, 2019
Showing 1 - 15 of 15 results