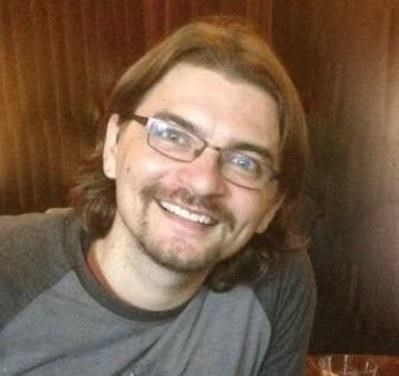 Lucas Cameron Wolf, beloved son of Mary Ellen Keen and Dave Sawyer, died of heart failure on July 12, 2017, while playing volleyball on a beach near Cienfuegos, Cuba. He was a spectacular soul with infectious personality, who loved life and lived it to its fullest... everyday.

Lucas was born on August 27, 1980. He attended Dunn Elementary, Blevins Junior High and Rocky Mountain High School(1998). He attended Guilford College(2004). Following graduation, Lucas served in the Peace Corps in Honduras. In 2006 he was awarded a Rotary World Peace Scholarship and studied at the University del Salvador in Buenos Aires, Argentina, receiving his Master's in Peace & Conflict Resolution(2007). He researched his thesis on street gangs in El Salvador, and did an internship with land mine survivors in Addis Ababa, Ethiopia. In 2008, Lucas began working for Tetra Tech/ARD, in Burlington, VT. He managed USAID projects in Central America, Colombia and Delhi, India. In 2014, Lucas landed his dream job working for Trees, Water and People, Inc of Fort Collins. He had recently been promoted to International Director and looked forward to many years of living and working among the gentle and humble people of Central America.

Lucas will be greatly missed by his best friend, Molly Goggin-Kehm and special friend Valentina De Rooy and her family. Lucas was a huge fan of the Denver Broncos and enjoyed watching their games wherever he was in the world.

Lucas was proceeded in death by the Papaw he adored, Don Keen, and his young cousin, Christopher Brooks.

A celebration of Lucas' life will be held on Friday, July 21, at the Foothills Unitarian Church, at 6 p.m.

In order to support the work Lucas loved, the family requests donations be made to Trees, Water and People, Inc. 633 Remington Street, Fort Collins, CO 80524. Treeswaterpeopole.org

To plant trees in memory, please visit our Sympathy Store.
Published by Coloradoan from Jul. 18 to Jul. 19, 2017.
MEMORIAL EVENTS
Jul
21
Celebration of Life
6:00p.m.
Foothills Unitarian Church
, CO
MAKE A DONATION
MEMORIES & CONDOLENCES
11 Entries
Lucas showed the best of people. He was always sharing wonderful stories of what he and others were doing to help others. He understood Latin America and was there to work with folks and help them help each other. Loren Hintz Editor Amigos de Honduras.
Loren Hintz
November 15, 2017
Lucas...my dearly loved colleague and friend. His was a voice of compassion and inclusion. His was an energy that added life and joy. His moral support for Petra Peacebuilders was a tremendous boon to me as we were starting out. The gap that he leaves unfilled is a massive one, a painful one. He will be missed by all of us at Petra and all of us in the Rotary Peace Fellow alumni family who had the privilege of knowing him, living alongside him, laboring together for a better world.
Bianca Neff
August 9, 2017
Lucas was a great exponent for Rotary Foundation programs he participated in. We hope to invite Rotarians and others to honor Lucas by supporting the Rotary Peace Centers programs.
Martin Limbird
July 21, 2017
Mare Ellen and Dave,

We are so sorry to hear about Lucas's untimely passing. Our thoughts and prayers are with you and your family.

Tom and Sally
Tom Hatfield
July 21, 2017
I worked with Lucas in Colombia with ARD and am so very sad to hear Lucas is no longer with us. I am finding it hard to believe. In my mind, Lucas exemplified how one should live his life; he was very authentic and effective in his desire to improve people's lives. He had a fantastic sense of humor and we laughed a lot. He spoke to me with great passion about his love for his family, (my brother lives in Louisiana) +I am so very sorry for you all suffering this enormous loss of such a wonderful person. God bless you all. You will be in my prayers.
May his soul rest in peace, I am happy to have known him for he enhanced my life.
Víctoria delCastillo Mulgannon
July 20, 2017
We are sorry to learn of the passing of Lucas, but grateful for his service to our nation with the Peace Corps in Honduras.

The National Peace Corps Association
July 20, 2017
May the thought of knowing that friends family and God share your grief be of comfort to your family. (Pro 17:17)
Patrice
July 19, 2017
Heartfelt condolences to you Maria,mother,and the rest of the family. Never any words that'll ease the pain. Sorry, hugs and love Mildred Charger
July 19, 2017
I am so sorry for the loss of such a compassionate, caring and fair minded person. Lucas really enjoyed life and used his life and passions to add joy and understanding to so many people. He will be missed - it is hard to lose such a ray of sunshine.
July 19, 2017
Mary Ellen, Dave and Family,
We are so sorry for your loss of Lucas, such a dynamic and fun loving young man.
We remember the days of Lucas and the 30 other kids growing up on the Ct. and know that this leaves an emptyness in all of our hearts. We hope that you will find comfort in remembering all the good things Lucas did for so many people .
Nancy, Jim and Family
Nancy Pieper and Family
July 18, 2017
Intelligent, outgoing, sincere, respectful and kind were my first impressions of your son, Mary Ellen. My prayers are with you and your family.
Elsa and Mike Keys
July 18, 2017
Showing 1 - 11 of 11 results