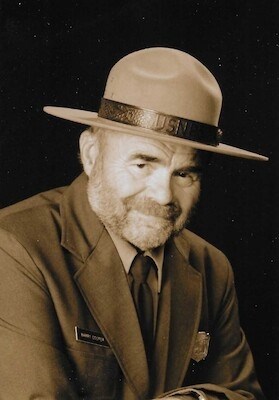 Aztec - Barry Cooper, 80, beloved husband, father, brother, uncle and friend passed away June 15, 2021 in Aztec, NM. Barry's family, have been long time residents of the Four Corners area. He was born in his grandmother's home in Cortez, CO to Helen and Jack Cooper. Barry's family include a brother Bob Cooper and sister Deb Kennedy and many nieces, nephews and cousins. Barry married Martha Main in 1968. The couple met while working at Sequoia National Park and they were married in a grove of giant sequoia trees. They were blessed with two wonderful children, Chuck and Tami; and now a lovely granddaughter, Sydney.

Barry had a passion for the natural environment. After graduating from Colorado State University, then spending two years in the Peace Corps in Chile, he began his 34- year career with the National Park Service. He held positions at Mesa Verde, Petrified Forest, Sequoia and Kings Canyon, Platt-Arbuckle, Scotts Bluff, Haleakala National Park, Hubble Trading Post and retired as superintendent of Aztec Ruins N.M. in 2000.

He was always an active church member. Serving as an Elder, committee head, Sunday School teacher, choir member and was an all around " where ever you need help just call me" member. In addition, no matter where he lived, Barry became involved in civic organizations and community service organizations. He was an active member of Kiwanis, Lions Club, Masons, Toast Masters, and on the board of the Boys and Girls Club, Aztec Museum, Aztec Chamber of Commerce. One summer, he was chosen to be one of the Aztec's Six Ol' Soreheads. He also sang and performed in the Aztec Museum's " High Noon Shootout Production."

In retirement, Barry enjoyed hiking with friends. Their treks included the Grand Canyon, the San Juan Mountains, the La Plata Mountains and a hike from Bloomfield to Cuba NM. In 2003, he joined a team of advisors/consultants to assist in the implementation of a plan to preserve, protect and promote the UNESCO World Heritage Site, Petra in Petra, Jordan.

The family wishes to thank all those who have offered prayers, condolences and support. A memorial service will be held at Aztec Presbyterian Church July 24, 2021 at 2:30 PM. Barry expressed that he did not want flowers and anyone wishing to make a contribution in his honor should give to the church or charity of his/her choice.


To plant trees in memory, please visit our Sympathy Store.
Published by Farmington Daily Times from Jun. 30 to Jul. 2, 2021.
MEMORIAL EVENTS
Jun
24
Memorial service
2:30p.m.
Aztec Presbyterian Church
, NM
Funeral services provided by:
Alternative Choice
MAKE A DONATION
MEMORIES & CONDOLENCES
Sponsored by daily-times.com.
3 Entries
God bless your soul my friend and boss from our time at Aztec Ruins! May God bless your family and your friends
Michael Padilla
Work
July 2, 2021
Deepest sympathy to the family. Barry was a wonderful man. I knew him through business at the First National Bank and the Aztec Chamber of Commerce. Thoughts and prayers.
Yvonne Rhoads
Friend
July 1, 2021
So glad Dave and I got to know him. Love to his wife.
Pat Gates
Friend
July 1, 2021
Showing 1 - 3 of 3 results