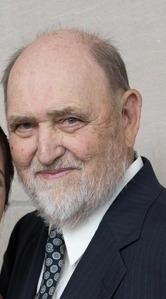 BORN
1933
DIED
2021
ABOUT
Onteora Central High School
FUNERAL HOME
Burnett & White Funeral Home
7461 South Broadway
Red Hook, NY
WOODSTOCK-Henry John Berleth, 87, of Woodstock, N.Y., passed away on Friday, Jan. 15, 2021 at the Vassar Brothers Medical Center in Poughkeepsie, N.Y. Born on July 14, 1933, in Bronx, N.Y., he was the son of the late Stephen and Helen (Kaurich) Berleth. Henry married Dorothy Rasmussen in 1957 and Dorothy predeceased him in 2001. Henry served in the U.S. Army for a brief time before going on to become a math teacher at Onteora High School for over 30 years. After retiring from Onteora Central Schools, Henry stayed active as a teacher throughout the area. He was a Life Master in bridge, enjoyed spending his time doing puzzles, playing games, cards, golf and tennis as well as volunteering his time for Meals on Wheels. Above all, Henry’s greatest joy was spending time with his family, including his grandchildren who affectionately called him “Bacca.” Henry is survived by his loving daughters, Stephanie B. (Vineet) Khosla of Rockville Centre, N.Y., Doral (Michael J.) Lysiak of Johnstown, N.Y., and Erica S. (Neil McManus) Berleth of North Tonawanda, N.Y.; his grandchildren, Nikhil, Meghan, Deven, Lauren, Samantha, Allison, Sean, and Aiden; his three (soon to be four) great-grandchildren; his sister, Mary Helen Virkler and extended family and friends. In addition to his wife, Henry is predeceased by his brother, Steven Berleth and “sister”, Helen Dabule. Funeral services will be private. Memorial donations may be made in Henry’s memory to the charity of your choice. Arrangements are under the direction of Burnett & White Funeral Homes, 7461 S. Broadway, Red Hook, N.Y. To sign the online guest book, please visit www.Burnett-White.com. http://www.lastingmemories.com/henry-john-berleth
Published by the Daily Freeman from Jan. 16 to Jan. 17, 2021.
To plant trees in memory, please visit the Sympathy Store.
MEMORIAL EVENTS
To offer your sympathy during this difficult time, you can now have memorial trees planted in a National Forest in memory of your loved one.
Funeral services provided by:
Burnett & White Funeral Home
MAKE A DONATION
Please consider a donation as requested by the family.
MEMORIES & CONDOLENCES
Sponsored by dailyfreeman.com.
0 Entries
Be the first to post a memory or condolences.