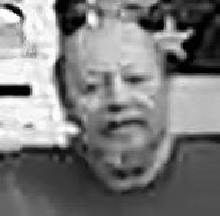 Age 66, of Miamisburg, formerly of Germantown, OH, passed away Thursday, November 18, 2021. Bobby was born October 20, 1955, in Middletown, OH. He was preceded in death by his father, Robert J. Karacia, Sr., in 1996, his mother, Gladys M. Karacia, in 2019, and his sister, Judith A. Karacia, in 2008. He is survived by his sister, Debra Karacia; 6 brothers, Tim Karacia of Miamisburg, OH, Paul (Leslie) Karacia of Germantown, OH, Gerry Karacia of Sarasota, FL, Jim (Julie) Karacia of Myersville, MD, Jeff (Linda) Karacia of Kettering, OH, and Doug (Charlene) Karacia of West Carrollton, OH; numerous nieces, nephews, aunts, uncles and cousins. You may contact the immediate family regarding a memorial service being held at a later date. If so desired, memorial contributions may be made to American Diabetes Association.
Published by Dayton Daily News on Nov. 25, 2021.
To plant trees in memory, please visit the Sympathy Store.
MEMORIAL EVENTS
To offer your sympathy during this difficult time, you can now have memorial trees planted in a National Forest in memory of your loved one.
MAKE A DONATION
Please consider a donation as requested by the family.
MEMORIES & CONDOLENCES
1 Entry
I´m so sorry to hear of Bobby´s passing and offer sincere sympathy to all of you. What wonderful, old memories I have of him.
Patti Leppla
Friend
November 28, 2021
Showing 1 - 1 of 1 results