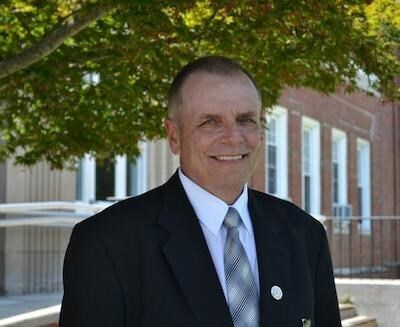 Salisbury - Dr. Henry Vincent Wagner, Jr. ("Hank" to many of his friends) passed peacefully into eternal life at home on Sunday, August 8, 2021. He was surrounded by his loving family. Born on February 20, 1952, in Baltimore, he was the son of the late Henry Vincent Wagner, Sr. and Dorothy Marguerite Wagner.

In addition to his parents, Dr. Wagner was preceded in death by his sister, Anna Karsner and her husband, Joseph Karsner.

Dr. Wagner is survived by his loving wife and "Sweetie" of 20 years, Jan Wagner; children, Amy Lyn Wagner, Carrie Theresa Livensparger and her husband, Ian, Steven Christopher Wagner, and Laura Tracy Wagner; sister-in-law, Karen Rivosecchi and her husband, Tom; and many nieces, nephews, and cousins. He was the most wonderful "Poppy" to his beloved and adored grandchildren, Caroline Wheeler and her significant other, Timmy, as well as his namesake, Jack Henry Wheeler, Michaela "Mickey" Bush, Phoenix Livensparger, Ostara Livensparger, Aubrey Wagner, and Ivy Swann.

Dr. Wagner started his long career in education at Mount Washington Country School in Baltimore. He served as teacher, guidance counselor, assistant principal and principal in Baltimore County Public Schools. After he and Jan married in 2001 and moved to the Eastern Shore in 2002, Henry served as principal of James M. Bennett High School and later as Director of Secondary Education for Wicomico County Public Schools. He then moved on to become Assistant Superintendent for Instruction and ultimately Superintendent of Schools for Dorchester County Public Schools, from which he retired in 2017. Henry's passion for principled leadership and desire to mentor future leaders led him to continue his work by teaching and advising in the University of Maryland Eastern Shore's Educational Leadership doctoral program, from which he resigned in July 2021.

While deeply involved in his leadership pursuits, Henry always found time to nurture his love of God, life, and family. Henry always understood the importance of "sharpening the saw," evidenced by his many friendships and passion for golf.

Services and burial will be private. A Celebration of Henry's Life will be announced at a later date. In lieu of sending flowers to family, donations in Henry's name may be made to Coastal Hospice, P.O. Box 1733, Salisbury, Maryland, 21802.

Published by The Daily Times from Aug. 9 to Aug. 11, 2021.
To plant trees in memory, please visit the Sympathy Store.
MEMORIAL EVENTS
To offer your sympathy during this difficult time, you can now have memorial trees planted in a National Forest in memory of your loved one.
Funeral services provided by:
Holloway Funeral Home - Salisbury
MAKE A DONATION
MEMORIES & CONDOLENCES
Sponsored by Holloway Funeral Home - Salisbury.
1 Entry
Hen, You Will Be Truly Missed. My Only Consolation Is Knowing You Are With My Dear Mom-Your Sister, My Dad, My Phenomenal Grandmother-Your Mother And My Grandfather-Your Dad. I Will Always Treasure Our Childhood Memories Together. You Were More A Second Brother Than An Uncle With Only 5 Years Separating Us. You, Mike, and I Had Such Fun Playing Football Out Back At Pinewood Ave And Playing Basketball At Loyola With Larry And Friends As Kids. We Loved Watching Man From Uncle On Friday Nights And Of Course Secret Agent Man As Kids. Let Us Not Forget Shooting Pool And Building Card Houses On The Pool Table Down In The Basement. I Will Never Forget Our Two Weeks In Ocean City With You Wiring For Money To Home Every Other Day Eating Subs While We Are Eating Sloppy Joe's. You Were So Smart, Had Such A Great Smile, And A Great Sense Of Humor. We Were All Proud Of Your Accomplishments In Education. Your Time Here Was Way To Short! I Will Always Treasure Your Love For Me And Your Steadfast Guidance Over The Years In Advice To Me. To Jan, You Could Not Have Done Anymore Than You Did In Taking Care Of Hen. We Will Always Be Grateful For How You Loved And Took Care Of Hen. To My Cousins Amy, Carrie, Laura, And Steven I Am Truly Sorry For Your Loss. I Wish I Could Take Away The Pain And Sorrow From All Of You. I Sadly Too Know What You Are Going Through. Treasure The Good Memories You Had Together. Hen I Know Had A Strong Faith. Personally I Feel Him Passing Away On St Dominic's Feast Day Was No Accident. May Our Lord, The Blessed Mother, St Joseph Look Out For His Soul Now. I Look Forward To Seeing You Again Hen And Having Some Chesapeake Bay Maryland Crabs And National Boh With You. Love Always, Your Nephew, Joe
Joe
August 10, 2021
Showing 1 - 1 of 1 results