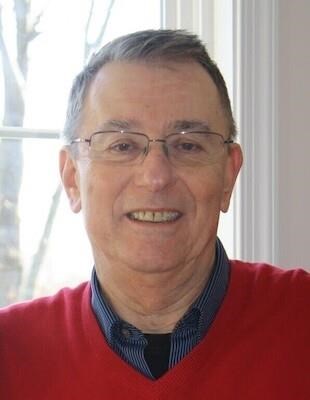 Parsonsburg - Major Timothy Joseph Gentile, 76, of Parsonsburg passed away Tuesday August 3, 2021 at his home in Horntown, VA where he and his wife Debbie had retired. Born June 24, 1945 in Baltimore he was the son of the late Joseph Donald Gentile and Catherine Theresa Anderson Gentile.

In 1976 Tim graduated with a Bachelor's Degree of Science from Towson State University and served in the Maryland Air National Guard from 1966-1986 a division of the United States Air Force attaining the rank of Major and receiving The Air Force Commendation Medal for his Meritorious Service. Following his retirement from the military Tim moved to the Eastern Shore of Maryland where he worked at Elliott's Hardware in West Ocean City for 20 years and later was employed by Wicomico County Roads until he retired in 2015 and moved to Virginia with his wife Debbie. After retirement they spent their days together relaxing and spending quality time together.

He is survived by his wife of 18 years, Debbie Gentile; daughter, Amber Gaede; step children, Kristi Springle and her husband Bob and Shaun Woodard and his wife Stacey; grandchildren, Ryan and Kyle Springle and James Woodard, Hailey and Maddie Gaede; brother, Joseph Gentile and his wife Elizabeth "Beth"; and several nieces and nephews.

A Celebration of Tim's Life will be held Tuesday at 11am at Bounds Funeral Home on East Main Street in Salisbury where friends may visit one hour prior to the service. Pastor Raymond Taylor will officiate. Inurnment will follow in Forest Grove Cemetery in Parsonsburg.

Visit www.boundsfuneralhome.com to share stories and memories with the family.