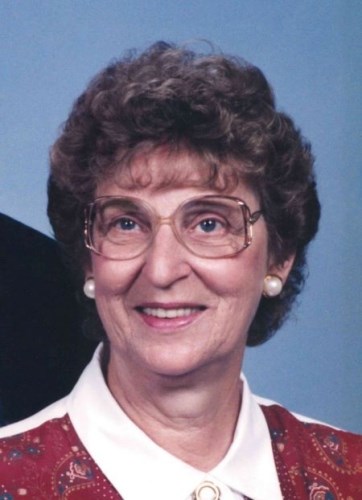 Dolores Newton, age 88, of Albany, Oregon passed away with her family at her side on August 22.

Dolores was born in Salem, Oregon. Her parents were Raymond and Lucy Haener who farmed in Independence, Oregon, where she grew up. She attended St. Joseph's Parochial School and graduated from Sacred Heart Academy in Salem, Oregon.

Growing up, Dolores worked on the family farm picking hops, raising turkeys and harvesting fruits and vegetables grown by her family. She attended one year of college at Oregon College of Education. During this time she met Wally Newton and they married in January 29, 1955. Dolores then devoted her time to her home and family. She was a wonderful homemaker and mother, raising five children.

Dolores had many interests. She loved family gatherings which she always cooked for. She enjoyed the outdoors and gardening. Later, in retirement, she and Wally traveled the continental United States. Dolores was a volunteer for school activities, Meals on Wheels and Call-A-Ride. She looked forward to playing cards with friends and family and going to Bible Study. She never turned down a trip to a casino. As grandma, she rarely missed an activity involving her grandchildren and always welcomed them into her home.

On Friday, September 3, at St. Mary's Catholic Church in Albany there will be a Recitation of the Rosary at 10:30 a.m. and a Funeral Mass at 11 a.m. with a luncheon reception to follow. A private graveside internment will follow for immediate family at Willamette Memorial Park Cemetery.

In lieu of flowers, memorial contributions may be made to St. Jude Children's Research Hospital or St. Mary's Soup Kitchen in care of the funeral home.