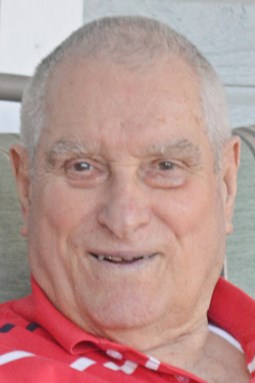 Kenneth George Gehring, 92, of Fremont passed away peacefully with family by his side on Saturday, Nov. 20, 2021, at Methodist Hospital in Omaha.

Ken was born April 17, 1929, in rural Platte County, Nebraska, to Carl and Laura (Martensen) Gehring. Ken was baptized and confirmed at Zion Lutheran Church-Grand Prairie Township. He attended Rural School District #72 through the eighth grade. He graduated from Columbus High School in 1947. Growing up on the family farm, Ken enjoyed raising livestock, 4-H, and FFA. He served in the National Guard from 1950 to 1956. On Aug. 30, 1953, Ken married Dorothy Barker at the Methodist Church in Silver Creek, Nebraska. They were blessed with 6 children, 13 grandchildren, and 17 great-grandchildren and growing. He was a member of Trinity Lutheran Church in Fremont, a past member of St. Paul Lutheran Church in Bancroft, and Salem Lutheran Church in Fremont.

Ken loved people; he greeted everyone as a friend. He also enjoyed working with his hands which led him to various occupations including, working with concrete, a partnership in Gehring Construction, managing a hog operation, selling vet supplies, General Manager of Farmers Elevator in Bancroft, and in retirement he drove cars for local dealers.

When Ken was not working he enjoyed square dancing, woodworking, helping family members with projects, traveling, and socializing with friends and relatives. He was a member of Kiwanis, and in his retirement years he volunteered with Habitat for Humanity. Ken had a special bond with the group at the YMCA who met for exercise and social time, and the numerous friends he met for coffee or lunch. The family wants to thank the community of Fremont who supported Ken, allowing him to stay in his home and connected to people well into his age of 92.

The funeral will be at 10:30 a.m. on Nov. 29 at Trinity Lutheran Church in Fremont. The service will be livestreamed at https://trinityfremont.com/live-service/.

Visitation will be held from 2 to 5 p.m. Nov. 28 at the Ludvigsen Mortuary Chapel in Fremont. Family will be present during the visitation.

Memorials will be directed to Trinity Lutheran Church and Fremont YMCA.