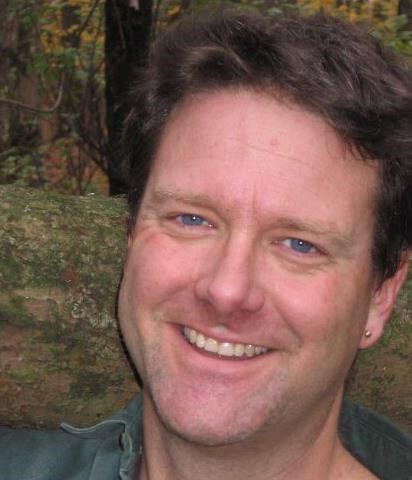 Brian Denis Jones, 55, of Glastonbury died peacefully at home on July 4th. He was born in Vallejo, CA, of Denis Jones and Julie Erlandsen, both currently of Glastonbury. Brian is also survived by his wife of 22 years, Margaret O'Keefe, and their two children Tristan and Fiona Jones; two sisters, Stephanie Eglinton (Peter) of Portland, ME and Kerry Brown (Sean) of Brookline, MA; a large extended family of in-laws, including his father in-law, Joseph O'Keefe of Victor, NY, and many nieces and nephews. Brian was raised in Glastonbury and graduated from Glastonbury High School in 1982. He studied Anthropology at Oberlin College and graduated in 1987. He went on to get his Ph.D. from UConn in 1998. After many years working in contract archaeology, in 2014 he was appointed to, what he described as his "dream job", the position of Connecticut's State Archaeologist. Outside of his passion for archaeology and history, Brian was a home brewer, drummer, and martial artist. He loved travel and learning about other cultures and spent time living in Indonesia and Germany. He will be most remembered for his kindness and generosity. He loved sharing his knowledge of Connecticut's history and archaeology with the public and serving as a mentor to many. In lieu of flowers, please donate to the American Indian College Fund (https://collegefund.org/howtohelp/) A Celebration of Brian's Life will be held on August 4th at 1 pm in the upstairs hall at the Irish American Home Society in Glastonbury.
Published by Hartford Courant on Jul. 7, 2019.
To plant trees in memory, please visit the Sympathy Store.
MEMORIAL EVENTS
Aug
4
Celebration of Life
1:00p.m.
Irish American Home Society
Glastonbury, CT
MAKE A DONATION
MEMORIES & CONDOLENCES
Sponsored by the family.
16 Entries
Driving with Brian to northern NH to dig with Dick Boisvert in October is my happy memory of time spent together. Our nonstop conversation made 5 hours seem like 1.
Lucinda McWeeney
September 21, 2019
We loved knowing Brian and all the Jones - O'Keefe family. Seeing him play with the Rude Mechanicals was such fun. Our thoughts and warm wishes are with you'all - Margaret, Tristan, and Fiona.
Anne and Dan Webb
August 4, 2019
Dear Denny and family,
I am deeply saddened to learn of Brian's passing. Unfortunately, I cannot make the celebration of life service as I will be out of state but rest assured you will all be in my thoughts.
Keith Hall
July 24, 2019
Played in a band with Brian in college. Super nice guy with an infectious smile. I have only fond memories of him.
Larry Beer
July 14, 2019
My deepest sympathy to All of the Jones family and Cousin Brian .I have wonderful memories spending Holiday's together when we were kids .I hope that his legacy will carry on for ever.He was a wonderful man...
Rick Voigt
July 12, 2019
Our condolences to the Jones family.

Brian had been consulting with us on our pauper's cemetery restoration project and we had no knowledge of his battle. Found Brian to be a very approachable man with lots of knowledge and a positive spirit. Appreciate all he offered to the state and to our project.

I first met Brian when he as a graduate student at UConn. We were all delighted that he became the State Archaeologist in 2014 after Nick Bellantoni's retirement from that position. We have been blessed with two wonderful State Archaeologists.

Brian was a scholar, a teacher, and a very thoughtful, kind man. He was such an asset to Anthropology, to UConn, and to CT. He will be missed.

On behalf of the Department of Anthropology I offer our condolences to his family. We will all miss him for some time to come.

Pam Erickson
Department Head, Anthropology
Pamela Erickson
July 10, 2019
Met Brian only the once ~ at a Trad Irish music seisiún in Glastonbury where we both played the bodhrán. We chatted for a bit. I remember him as very upbeat and warm, with a sparkle about him that made one feel his enthusiasm for life. Condolences to Brian's family, friends and co-workers for the loss of his presence in your lives.
Karen O'Maxfield
July 10, 2019
Brian was a remarkable scholar, colleague and educator. I enjoyed his presentations at local and regional conferences, and we had an entertaining but all-to-brief correspondence on our mutual projects. At the last Archaeological Society of Connecticut meeting, we enjoyed a walking tour of Fort Wooster in New Haven, and we discussed future collaborations as we poked through various features across the trails.
Brian was (and will always be) a true archaeologist passionate about his work, happily sifting through the earth and finding some new clue about our shared history, and remarkably easy to talk to scholar, student or layperson, his enthusiasm was evident and infectious. Brian's work on Connecticut and New England archaeology leaves a lasting legacy, and we will all miss him very much.
Gary P. Aronsen
July 9, 2019
Worked with Brian through the Conference on New England Archaeology and other regional conferences and events. He was such a nice person and great to work with - I am so sorry to hear of his passing. My condolences to his family and close friends.
Ed Hood
July 8, 2019
Denny. So sorry for your loss....