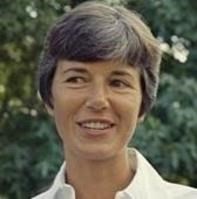 BORN
1934
DIED
2018
Janet Shearon
Armstrong
1934-2018
It is with great sadness that we share the news that on June 21, 2018, at the age of 84, Janet Shearon Armstrong lost her fierce-hearted battle with lung cancer. She was a loving mother, grandmother, great grandmother, friend, and a wife of test pilot and astronaut Neil Armstrong.
Janet Elizabeth Shearon was born in Wilmette, Illinois, the youngest of three daughters of Dr. Clarence and Louise Shearon. A graduate of New Trier High School, she then attended Purdue University in the School of Home Economics and was a member of the Alpha Chi Omega sorority. In 1956, Jan and Neil married and eventually settled in the San Gabriel Mountains on the outskirts of Lancaster, California. From their home in Juniper Hills, Jan could see her husband flying experimental aircraft at Edwards Air Force Base in the distance. Together, Jan and Neil would move to Houston, Texas for the NASA space program, and afterwards to Lebanon, Ohio. After 38 years of marriage, Jan and Neil divorced and she became a resident of Utah, spending time in Deer Valley as well as St. George. Everywhere she went, she forged lifelong friendships and frequently attended reunions for not only her high school graduating class, but her kindergarten class as well. In 1964, Jan was the founder and coach of the El Lago Aquanauts synchronized swimming team and remained a supporter and advocate throughout her lifetime. Additionally, she was a founding member of the KIT (Keep-In-Touch) group of astronaut wives that have remained close, to this day.
She is survived by two sons Rick and Mark, daughter-in-law Wendy; and also by 6 grandchildren, and 2 great grandchildren who knew her simply as "Cee Cee". Jan's second child and only daughter, Karen Anne "Muffie" Armstrong, died from a brain tumor at the age of 2 years, 9 months.
Janet received many awards and honors worldwide as a result of her courage and dedication during the American space program of the 1960s. By all that knew her, she will be remembered as a strong, willful woman that always reunited with a warm smile and parted ways with tears. We ask only that you honor her by standing up for that in which you believe.
To plant trees in memory, please visit our Sympathy Store.
Published by Houston Chronicle on Jun. 27, 2018.
MEMORIAL EVENTS
No memorial events are currently scheduled.
To offer your sympathy during this difficult time, you can now have memorial trees planted in a National Forest in memory of your loved one.
MAKE A DONATION
MEMORIES & CONDOLENCES
38 Entries
I'd say Janet lived a good life with a good family, it must have put a lot of grief on her shoulders when her only daughter "muffie " died due to a brain tumor, I bet she had a good time with her before she died. I lost many relatives in my life, and I to have lost a baby. I honor my relatives, older or younger, but never in life, will you never see them again, so little Muffie, you will still have another chance at life, and so will you, once you're up in the heavens.
Nathan Blaskey
September 18, 2020
A nice lady who I met in my sixties childhood.
Clive Allsopp
Friend
June 21, 2020
Will never stop missing you my friend.
Pat Brooks
Friend
June 21, 2020
Paul Amoroso
July 23, 2019
In deed a great woman ...i have read all about her would have loved to have met her... Rest in peace lovly lady
Karen Fulthorpe
July 20, 2019
God bless. You are remembered by a grateful nation.
Joan
July 8, 2019
A great, courageous, and kind person whose story now has been told. Her life and example also made the world a better place.
March 27, 2019
Rest In Peace.
What a kind and good person you became.
Bobbi Erbe
February 4, 2019
My condolences ,,,R.I.P. Janet Armstrong. God conti ue to bless America
G.G.
February 1, 2019
Just saw the movie and so wish I could have known her. An icon of the time as much as Neil from what comes out in the cinema.
Martin Ignasiak
November 3, 2018
I remember when Neil walked on the moon and you were interviewed. Total class. God Bless.
Daniel Harris
October 22, 2018
Janet and I were roommates on a cruise while each of us owned a cruise agency. We stayed in touch for several years. A remarkable lady
Janet Friel
October 15, 2018 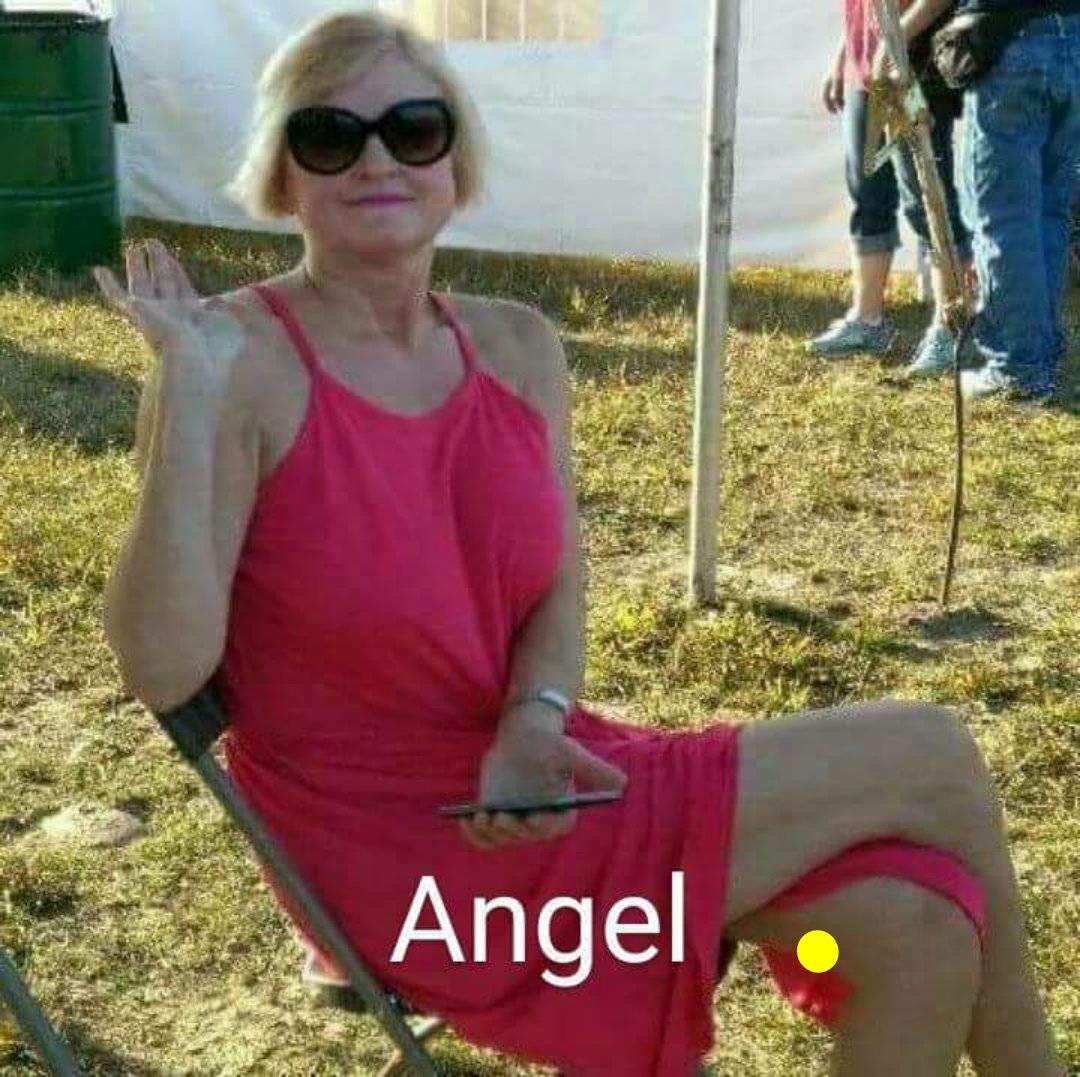 Extraordinary...icon
Susan Kopecky
October 14, 2018
Janet and I owned small businesses that were situated side-by-side in a quaint strip mall in Landen, OH. Her business was named C-Cruise. We talked often, and she was very unpretentious. Janet was a classy lady, full of good advice and was never bitter about any of her circumstances. I admired her! Mark, I think we were neighbors at one time in the Vineyards subdivision in Morrow, OH? Your mother stopped me one day when I was walking in the neighborhood. She looked just fabulous!
CONSTANCE GORMAN
Friend
October 6, 2018
She was a courageous lady. I am impressed with her dedication and support of her famous husband. She showed extraordinary devotion despite enduring much stress.
October 2, 2018
Deepest condolences to the Armstrong family.

Was a youngster back in October, 1969, and in the U.S. Embassy in London when the Apollo 11 crew and their wives came through. Vividly recall seeing Janet Armstrong for just a minute or two, bravely smiling, politely waving to us and feeling sad that they all had to go through such a grueling trip. She could have been my own mother at that time. We asked so much and she, along with the rest of your family, gave all y could in return.

God bless all of you.
DC
September 2, 2018
Mark Laue
July 1, 2018
With deepest sympathy on loss of your love one. May it bring comfort you to know that he will return to the days of his youthful vigor as promised at Job 33:25.
Melissa Pioneer
June 30, 2018
Charlie Shoup
June 30, 2018
My deepest sympathy to Rick and Mark Armstrong!
God bless Janet Armstrong.
Helmut Heisig
June 29, 2018
I will remember Janet for her intelligence, loving support of her husband and children, and as an inspiration to those whose loved ones risk lives and travel afar. Eternal rest is now her lasting peace.
Louis Varricchio
June 29, 2018
Peace, Joy and Blessings for Janet and to you Rick and Mark and your Families...
Prof J Paul De Vierville
June 28, 2018
Blessed in life to know Rick and Mark, and just so desperately sad at this news. The thoughts of my family are with you all

Nick Howes
June 28, 2018
My deepest condolence may you rest in peace!
Jack Willemszoon
June 28, 2018
There are many strong women in this world of whom stood firm beside many great men in the heady & dangerous days of the Space Race. Janet Armstrong was one of those good people. May she be blessed with gods peace & solice. My heart felt condolence to her family. RIP
Chris Brown
June 28, 2018
The entire family is in my thoughts and prayers!
Karen Isaacs-Phillips
June 27, 2018
My deepest condolences to Mark and Ricky and their family on the loss of their mum.
Clive Allsopp. UK.
June 27, 2018
Deepest Sympathy to the family of a wonderful woman!!!! May the love of God and Christ Jesus (John 3:16) comfort each of you dear family members in this time off deep and personal sorrow. Mary G.
Mary
June 27, 2018
Thank you for your service to our country. Yes, even astronaut wives serve our country.
Rest in Peace.
Proud American
June 27, 2018
I'm sorry for your loss. During this time of grief there's very little that can be said to bring relief. God gives us a beautiful promise for the future in John 6:40.
A C
June 27, 2018
May your hearts be filled with wonderful memories of joyful times you shared together as you celebrate a life well lived and loved by many. Psalms 90:10.
June 27, 2018
Our deepest Sympathy
Claudio Gallego
June 27, 2018
All the way from SanDiego/Tijuana we want to express our deepest condolences to the Armstrong family during this hard time. Please! Never forget! You are loved, cherished and will be missed.
Yours truly
Elisa/Elias
Elisa/Elias McGann
June 26, 2018
I did not know her, but I admired her. Thinking of her family now as they now become adult orphans and remember the courage and guidance of their mother. Blessings to all.
kelly L.
June 26, 2018
DEEPLY SADDEN BY YOUR LOSS
OUR DEEPEST SYMPATHY!
KEVIN & DENISE PETITTE
June 26, 2018
I will really miss you my dear friend.
PAT BROOKS
June 26, 2018
PAT BROOKS
June 26, 2018
My prayers and condolences are with the family, I hope the promise made at 1thessalonians 4:14 brings you comfort.
June 26, 2018
Showing 1 - 38 of 38 results