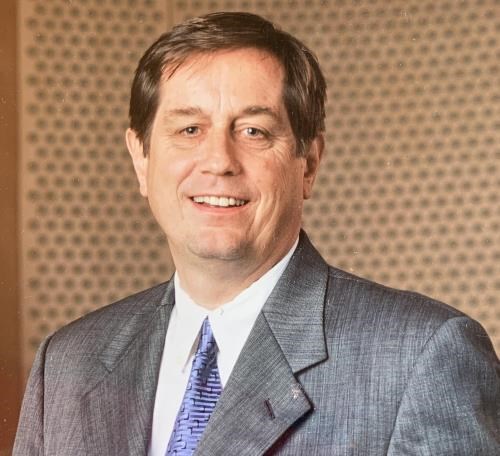 March 9, 1951 - February 23, 2021 Born in Yonkers, New York, to Albina and Charles Ott (and welcomed by older brother Charlie), the family moved to Bloomington Indiana, where his father worked for the Otis Elevator Company and his mother was employed by Indiana University. Lifelong friendships were formed during his University High School years; lifelong activities included travel and many reunions with UHS classmates.He spent his undergraduate years at Indiana University, studying theater and working as an actor in summer stock at the Brown County Summer Playhouse. By the time he graduated from IU in 1973, he had established his own theatre production company, Midwest Theatre Productions, based in Bloomington. Ken went on to earn an MFA in Directing and Management from the University of Montana. For his graduate thesis he researched and produced "A Director's Approach to Selective Naturalism in Tobacco Road." At age 27 he moved to Aurora, Illinois, to become the director of information at the Paramount Arts Centre, gaining national press attention for the restored community redevelopment project, attracting new audiences and Chicagoland celebrities to the arts centre, and initiating his long career as an arts advancement professional. He moved to Anchorage, Alaska in 1978 to become the Manager of the ACC Performing Arts Center. In Alaska he befriended many local luminaries, including noted dogsled musher and explorer Col. Norman Vaughan. Southern California was his destination in 1980, working in theater and film development, Ken authored a number of screenplays, and served as a Development Officer at the University of Southern California School of Medicine. He joined the Pasadena Playhouse in 1988 as Development Director, supporting productions including Other People's Money and The Twilight of the Golds, and later joined Loyola University as the Assistant Dean of the law school. Parkinson's Disease forced his retirement from LLS in 2013.Ken was known for his intelligence, wit, and his gentle heart (evidenced by his weekend trips to the LLS campus to feed the stray felines), and for his unerring palate when recommending wines from every appellation.He became an active participant in Rock Steady Boxing in 2016, working out every week with his fellow PD boxers at the Kaizen studio in Monrovia.He passed peacefully in his Altadena home, lovingly tended by his wife of 31 years, Marilyn Delanoeye, and in the company of his two cats and many friends.In lieu of flowers, donations in his memory may be directed to The Michael J. Fox Foundation, Parkinson's Foundation, or Kitten Rescue.
Published by Los Angeles Times from Feb. 27 to Feb. 28, 2021.
To plant trees in memory, please visit the Sympathy Store.
MEMORIAL EVENTS
To offer your sympathy during this difficult time, you can now have memorial trees planted in a National Forest in memory of your loved one.
MAKE A DONATION
Please consider a donation as requested by the family.
MEMORIES & CONDOLENCES
6 Entries
What can I say about Ken, except that he was the perfect boss. So kind, true and pleasant. We had a staff retreat at Santa Anita Race Track, and lunch out at places like Pie&Burger in Pasadena and Tracks at Union Station. He let me bring my tots to work, when the nanny suddenly quit, He showed we staff luxury Christmas decor stores and where to thrift-purchase labeled celebrity clothing -- Ken was especially fond of the necktie collections. You made the world a better place, Ken. When you left Loyola, you said I could have your clock. It stands proud in my living room, and I'll always cherish it.

You can relax now Ken, and to quote you, "Don't worry, be happy!"
Cheers and Tears to you, my friend!
Eloise Teklu
Coworker
March 18, 2021
I had an opportunity know Ken when I worked as an architect in Pasadena. Our friendship flourished due to his warmth and authentic friendship. I truly enjoyed his company and our in depth conversations about art, architecture, and theatre. He was a special friend.
Victor Nourani
Friend
March 11, 2021 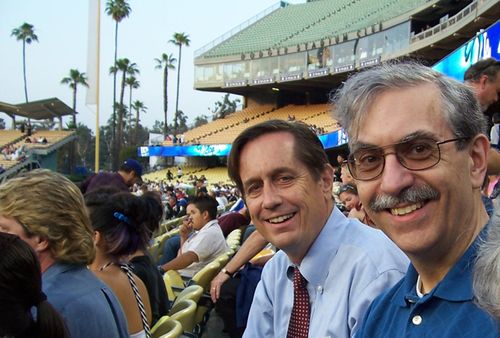 I lived a couple of blocks away from Ken when he lived in Yonkers. We played baseball together and were in the Boy Scouts together. We were sort of an odd couple at the time . . . Ken was goofy and fun, and, well, a bit sloppy, while I was more serious and neat . . . yet the combination somehow worked. After he moved away, we still kept in touch for the next 50 years, sometimes not hearing from each other for several years at a time, but never completely losing our friendship. Ken was an autograph collector, and he was in a few fantasy baseball leagues with me. I have many great memories of our Scouting days and I'll miss Ken a lot.
Joseph Hipius
Friend
March 11, 2021 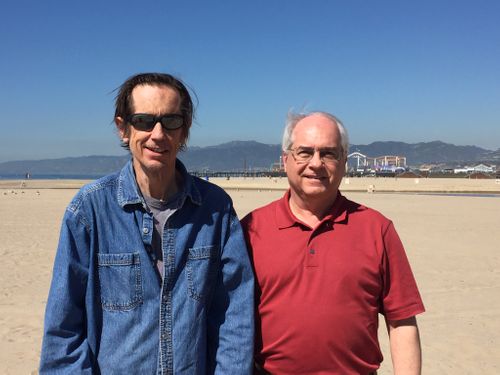 Ken Ott, a transplant from New York who thrived in LA; we met when he came to my hometown in the midwest and remained friends for over 50 years. I see LA thru his eyes because he decided what to show me when i visited... random giant food storage facilities, tiny wine shops, breakfast at The Original Pantry, drinks at Laguna Niguel and hot dogs at Santa Anita. Thanks Ken for sharing your life with me, I will miss you, Lee Mac
MCKINLEY LEE
Friend
March 1, 2021
Many fond memories of my encounters with Kenny during my visits to LA over the past 30 years or so. He was brilliant, witty, and generous to name just a few attributes. Kenny will be missed by his community. My heart goes out to his wife Marilyn and close friends. So very sad.
Char (Bailey) Martin
Friend
February 27, 2021
Sincere condolences to the Ott Family, May the Almighty God in the Heavens take care of you. May He massage your grieving hearts with his peace and loving kindness during this difficult time. May he support you with his strength as He carries your grief Psalm 68:19
BRY
February 27, 2021
Showing 1 - 6 of 6 results