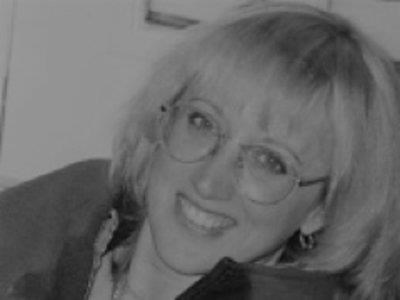 Bloomington - Christy was a talented artist, receiving early awards while at Okemos High School. She studied art at Michigan State University. She earned her Bachelor of Fine Arts at Miami University and took her MFA at Ohio University in Athens, Ohio, moving quickly to summer resident artist and instructor attheArchie Bray Foundation in Montana in 2000. She was an Evelyn Shapiro Foundation Fellow at the Clay Studioin 2001, the same year shebegan her career at IndianaUniversity as a visiting artist,and was chosen as a 2003 NCECA Emerging Artist. Chris was visiting artist and then instructor attheOxbow School of the Art Institute of Chicago. Chris also accepted an invitation to be aSummer Artist in Residence at the International Ceramic Research Center, Skaelskor, Denmark, in 2007. Her work was chosen for the 2009Staged Storiesshow at the Renwick Craft Gallery in the Smithsonian Institution. Images of her work were often used as representative of the entire field of ceramics and were displayed on banners outside venues such as theSculpture Objects and Functional Artconference held in Chicago and New York.

Mourning her loss are her husband, John Burgoon, of Bloomington and her stepchildren, Amanda Burgoon-Skelton of Santa Clara, CA, and Katrina Burgoon, Eli Burgoon, and Sara Pfister, all of Bloomington, her mother, Marilyn Boger of Haslett, father Robert and stepmother Carolyn Boger of East Lansing, her 3 sisters, stepbrother and stepsister, and their families: Cherie and Alan Baskins, children Michael and Kelsey of Novi; Paula and Eliot Payson, children Lindsey, Tyler, and Sarah of Bow Mar, CO; Laurel and Rob Houghton of Chicago; stepbrother Christopher and Lisa Boyd, children Karyna and Alec of Rockford; and stepsister Catherine and David Goldhaber, children Joshua and Eliza of Chicago.

Chris Boger was deeply dedicated to her students. In lieu of flowers, please consider a gift to the Christyl Boger Memorial Award in Ceramics,Indiana University Foundation, PO Box 6460, Indianapolis, IN 46206-6460.


Published by Lansing State Journal on Jun. 23, 2018.
To plant trees in memory, please visit the Sympathy Store.
MEMORIAL EVENTS
Jun
24
Memorial service
1:00p.m. - 3:00p.m.
Allen Funeral Home and Crematory
4155 South Old State Road 37, Bloomington, IN
Funeral services provided by:
Allen Funeral Home and Crematory
MAKE A DONATION
MEMORIES & CONDOLENCES
Sponsored by Allen Funeral Home and Crematory.
5 Entries
I have looked for you for years my dearest friend; my Pegasus, my swan. Just tonight I am visiting northern Michigan and I finally found you. I am so very proud of you, no white picket fences for you! Looking forward to flying again one day with you. All my heart til then, my dear friend.
Gail (Voorheis) Kimball
Friend
October 7, 2021
Im very sorry to hear this passing of supremely talented Christyl and it breaks my heart. We were residents at the clay studio and I lived her & her work so much. It blew me away to see her process- to see her worksnliterally come to life. It hurts very much to know that those memories are even more valuable to me now. My heart goes to her family, friends, students & colleagues. Love you across time & space forever my sister in clay.
Candy Coated
Family
April 30, 2019
I am deeply saddened at the discovery that this immensely talented and gifted Light has passed from among us.
Ken Bardonner
Acquaintance
October 5, 2018
So sad I never got the chance to meet Chrisstyl in person. I have admired her ceramics for years as inspirational touchstones for my ceramics. I loved that she shared her knowledge through books that I have shared with my art students. Beautiful loving pieces.
Bernadette Esperanza Torres
August 9, 2018
I am so sorry for your loss. May you receive strength from God. "He will make you firm, he will make you strong, he will firmly ground you." - 1Peter 5:10
June 23, 2018
Showing 1 - 5 of 5 results